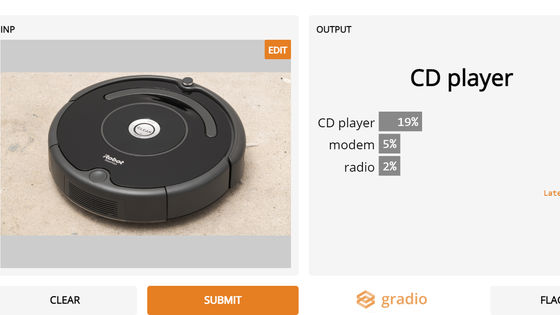 Image recognition technology using artificial intelligence (AI) is active in various fields such as self-driving cars and security systems, but it is an image recognition model '

InceptionNet ' using deep learning that realizes cutting-edge performance. However, there are many cases where the image cannot be recognized correctly. Abbakar Abido, who studies machine learning and AI at Stanford University, has summarized 'images that could not be recognized correctly even with the most advanced image recognition model (InceptionNet)', and AI still has human-like recognition ability. Can be found to be difficult.

◆ 1: Upside down car
If the car is upside down, the image recognition model will display the image as an 'analog clock' or ...

I misunderstand it as a 'tow truck'.

◆ 2: Sliced apple
InceptionNet can correctly recognize even cut fruits, but in the case of apples, 'cucumber' or ... 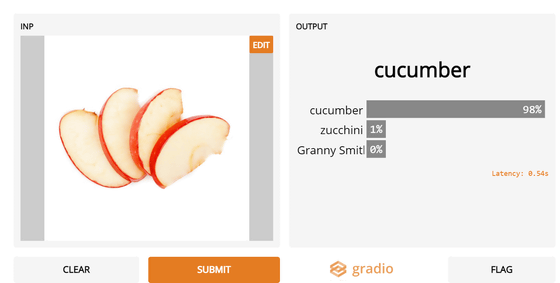 It is misidentified as 'banana'. 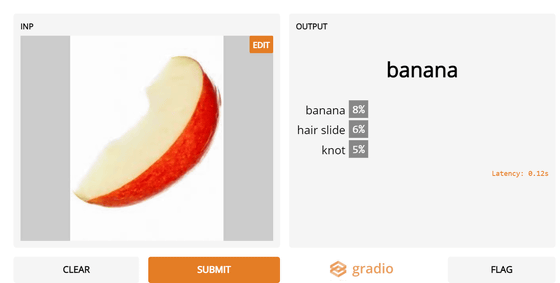 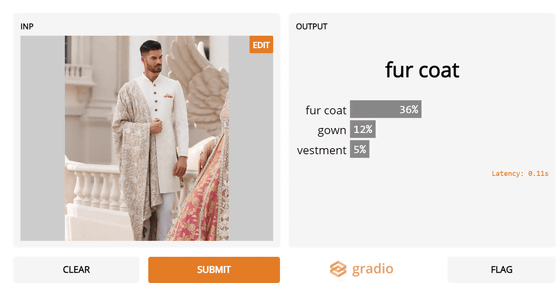 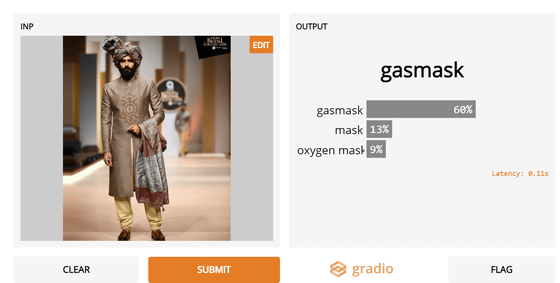 ◆ 4: Long balloons
InceptionNet does not seem to recognize balloons other than circles as balloons, and long and thin balloons that are likely to be used in balloon art are misidentified as 'hammers'. 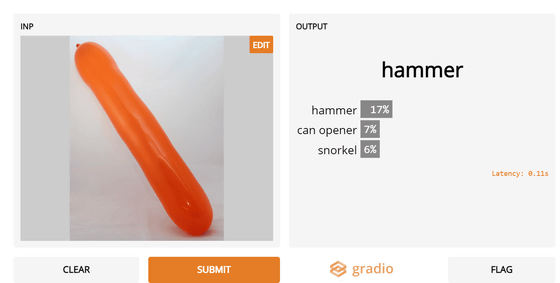 In addition, the balloon art dog was mistaken for a 'maraca'.

◆ 5: Mask
The image dataset for training InceptionNet was collected before the pandemic of the new coronavirus, so it seems that the mask could not be recognized correctly. The three-dimensional mask is in a 'bucket' ...

The unused mask was mistaken for a 'purse'. Did you mistake the string on your ear for the handle of the handbag?

It seems that it has been judged as an 'envelope'.

◆ 7: Roomba
In addition, InceptionNet seems to recognize the cleaning robot Roomba as a 'CD player'. Certainly, if you were shown this shape before the birth of Roomba, you might mistake it for a CD player.

◆ 8: Flying goose
The appearance of geese flying in a flock is mistakenly recognized as a 'war plane'.

'InceptionNet is considered to be very accurate, and we have released an API using InceptionNet that can be used by multiple companies for the general public, but there are problems with InceptionNet,' said Abid. Many people don't understand that. '

Even in the experiments actually conducted by Mr. Abido, 'objects in abnormal positions (◆ 1)', 'non-Western items (◆ 3)', 'non-standard artistic images (◆ 6)', etc. It turns out that it is easy to be misrecognized. Avid argues that the image recognition model needs to be thoroughly investigated and documented for multiple such issues and made known to users for their understanding.