Xbox collaborates with Tesla to develop the familiar Warthog on Halo 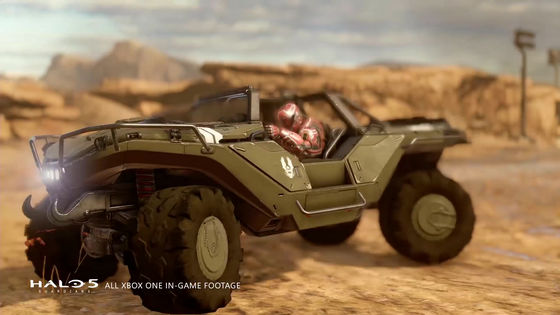 It has been revealed that Xbox is planning to work with electric car maker Tesla to develop the ground vehicle ' Warthog ' that will appear in the Halo series.

Xbox Wants To Team Up With Elon Musk To Make A Halo Warthog --Game Informer
https://www.gameinformer.com/2021/02/05/xbox-wants-to-team-up-with-elon-musk-to-make-a-halo-warthog It all started with a tweet from Tesla founder Elon Musk, 'Cyberpunk 2077 literally has a fix, but ... this is a great game.'

With Cyberpunk, even the hotfixes literally have hotfixes, but… great game

In response to this tweet, a general user asked, 'I understand that you are a PC gamer, but have you played console games? If so, which game do you like?' Mr. Musk replied, 'Only Halo.'

Mr. Musk's tweet was found by Aaron Greenberg, general manager of marketing for Xbox. 'Sure, I think Tesla and Halo need to collaborate !?' 'It's clear that this idea will be a dream collaboration for me and many of the fans I know, so if. If you like this idea, let us know, and something might happen in the future, 'tweet Musk to encourage him to develop a wort hog with Tesla's technology. I am.

To be clear this would be a dream collab for me and many fans I know. So if you like the idea, speak up and maybe something in the future could happen, who knows !?

The Warthog, which Xbox plans to team up with Tesla to make it a real vehicle, is a familiar vehicle in the series that first appeared in Halo 's first work, ' Halo: Combat Evolved .' The Warthog is a popular vehicle in the Halo series, so Forza Horizon 3 and ...


It has also appeared in collaboration with popular works such as Fort Knight.


In addition, since Mr. Musk has not responded to Mr. Greenberg's tweet, it is unknown whether the collaboration desired by the Xbox side will be realized.