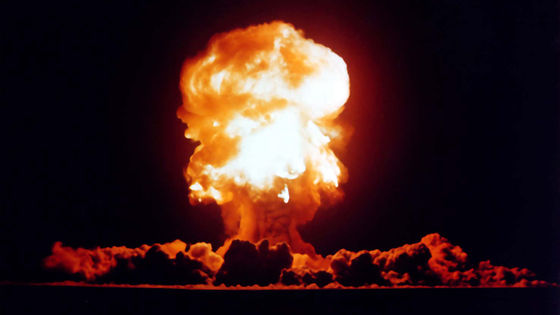 There are various 'world's fastest records' in the world, and a wide variety of things from

magnetic levitation railways over 1000 km / h to automobiles at over 790 km / h and trash cans at about 50 km / h are the fastest in the world. I am. However, the fastest object that humans have ever made is not an airplane or rocket, but a 'manhole cover blown away by a nuclear test,' explains science news media ZME Science.

The fastest man-made object is a manhole cover that was blasted into space by an underground nuclear test
https://www.zmescience.com/science/news-science/fastest-manmade-object-manhole-cover-nuclea-test/

Starting with the US nuclear weapons development project ' Manhattan Project,' more than 1000 nuclear tests were conducted in the United States between 1945 and 1992 alone.

One of these experiments is particularly well-known as the Crossroads operation, which created a huge mushroom cloud on Bikini Atoll , but many of the experiments were also conducted underground.

One of them is a nuclear test called 'Pascal A' conducted at the Nevada Nuclear Test Site on the night of July 26, 1957. The experimental team, which was promoting Operation Plumbbob for the development of nuclear missiles, installed a bomb at the bottom of a vertical hole about 150 meters deep, welded an iron plate weighing 900 kg, and covered it. The bomb exploded successfully, and the iron plate was blown over the test site in just a few milliseconds after the detonation. 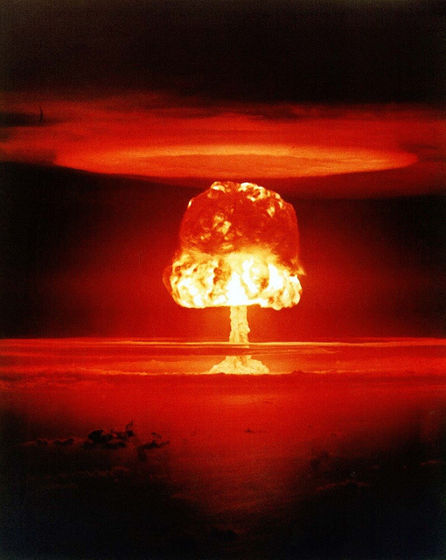 In the subsequent 'Pascal B' experiment, scientist Robert Brownlee was ordered to calculate the magnitude of the shock waves generated by the underground shaft. In a column he wrote later, Brownley revealed that 'the deputy division commander Bill Ogle, who was in charge of the experiment, asked me three times how fast the lid would fly over the sky.'

Mr. Brownley repeatedly explained that the purpose of the lid is to reflect the impact of the explosion, and it is not important for the lid to blow off, but Mr. Ogle is so particular about the lid jumping that it is defeated. And calculated, and came to the conclusion that 'the lid will be accelerated to about 6 times the

escape velocity from the earth.'

Mr. Brownley described Mr. Ogle at this time, saying, 'Bill loved to hear reports from me about speed and teach others, but the speed is measured by the speed of escape from the earth. He seemed to have never heard of it, and was flirting when he heard that it was six times faster than the escape velocity. He said in an experiment that the lid would pop out of the Earth. Of course, I wouldn't. I thought it wasn't, 'he recalls. The experimental team set up a high-speed camera at the 'Pascal B' experimental site on August 27 to check the speed at which the iron lid blows off. Since the lid showed only one frame, it was not possible to measure the speed of the lid directly from the image, but Mr. Brownley later said, 'The speed of the lid was about 125,000 miles per hour (about 200,000 km / h). I calculated. Since the escape velocity is about 40,000 km / h, the lid has reached 'about 5 times the escape velocity', which is close to the speed predicted by Mr. Brownley.

Thus, regarding the lid that became the fastest man-made object in history, ZME Science said, 'Everyone expected to find a manhole lid somewhere, but the lid was never found. It was not only the fastest manhole in history, but also one of the first manholes to go to space, as the Soviet Union may have jumped into space before launching Sputnik 1 , the first manhole satellite. It may be. '

In a later test, it seems that improvements were made to prevent the lid from blowing off in order to completely contain the nuclear explosion.