Apple is developing a high-performance VR / AR headset with a powerful processor, will it be released in 2022? 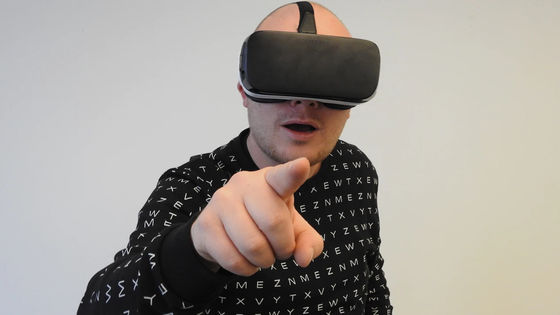 There have been several rumors that Apple is developing VR and AR devices, but according to news site Bloomberg, the headset currently under development has already reached the final stage of the prototype. , It seems that it will be released in 2022. 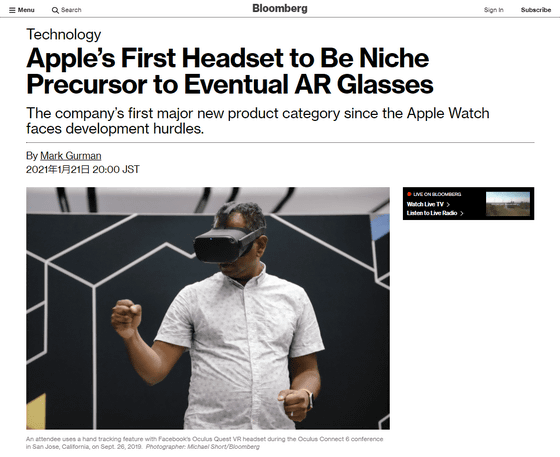 This was reported by Bloomberg as information from a person familiar with the matter.

the M1 chip, which is the fastest CPU in the world, and a display with a much higher resolution than existing VR products. The price is expected to be 300 dollars (about 31,000 yen) to 900 dollars (about 93,000 yen). The number of units will be considerably reduced, and it is estimated that some of the more than 500 Apple stores will sell one unit.

It seems that there was a plan to install a chip with slightly lower performance during development, but it was rejected by Mr. Jonathan Ive, who was in charge at that time. In addition, it is said that a fan that is rarely used in Apple's mobile products was designed for this headset because it is equipped with a high-performance chip.

Due to the effect of this fan and chip, the headset became quite large, and there was concern about the burden on the neck in the initial test, so even the space reserved for the person wearing the glasses to wear the headset was cut down. Instead, it is equipped with a mechanism to correct eyesight by inserting a custom-made lens into the headset.

Smart speaker 'HomePod mini' review that can accurately 'Hey Siri' even in the roaring sound with simple initial settings like Apple even though it is 10,000 yen --GIGAZINE 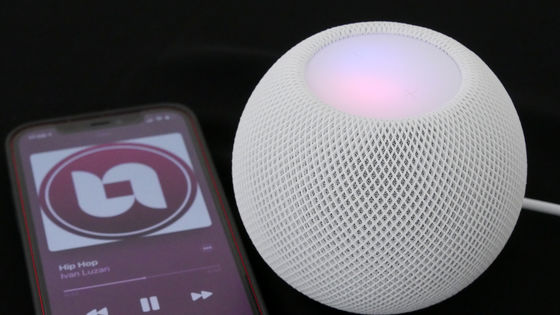 The 'N301' is also equipped with a camera to realize the AR function, and by tracking the movement of the hand, the function to recognize the characters drawn by the user in the air and use it for input is being developed. And that.

Furthermore, it is reported that the AR glasses 'N421' are in the initial basic design stage. The N421 is expected to be released in the first half of 2023 if development proceeds as planned.

However, due to the influence of the new coronavirus infection, the days when I can come to work are limited, and it seems that the development is being affected. An Apple spokeswoman did not comment on the new product information.