The media pointed out that 'children's game time is increasing too much during the pandemic period of the new Corona', and there is a counterargument from the game media 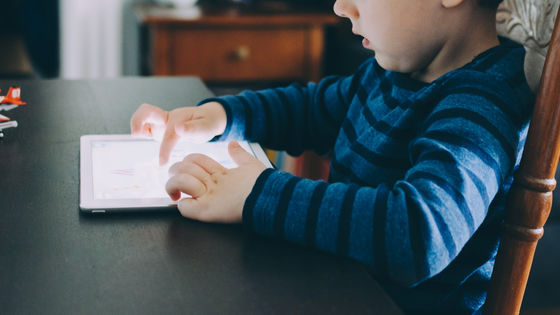 The New York Times published an article that 'parents and researchers are worried that children's game time is increasing too much due to the pandemic of the new coronavirus.' In response to this article, overseas game media Kotaku said, 'It's not just children who are pandemicly increasing their game time.' 'The media focuses on children and creates stories that make games bad and scare. It's not the first time I've tried, 'he criticized.

Children's Screen Time Has Soared in the Pandemic, Alarming Parents and Researchers --The New York Times

The New York Times Is Worried Kids Are Playing Video Games Too Much During The Pandemic
https://kotaku.com/the-new-york-times-is-worried-kids-are-playing-video-ga-1846077228

The New York Times focuses on a family suffering from a pandemic and introduces how children use games as a way to connect with friends. Parents are worried about how much time their children will spend on games, but with the pandemic of the new coronavirus making it difficult to meet friends, games are one of the few ways to stay connected. He also understands that it has become. In addition, The New York Times article not only focuses on increasing children's screen time, but also 'how increasing screen time can be unhealthy and dangerous for children. Kotaku points out that the content is such that it promotes anxiety.

The New York Times also features episodes of a family member whose dog died on New Year's Eve. To his son, who tries to forget the sadness of his dog's death by playing the game, his parents said, 'Do you tell your wife that you need to play the Xbox if you get married and feel stressed?' Games are often cited as a way to relieve stress and escape from the worst of the day.

Kotaku, on the other hand, said, 'The real question is why The New York Times introduces such episodes. This episode is an addictive and dangerous game and the internet that has a negative impact on children. Introduced in the Kotaku article, which literally begins with an episode in which parents feel 'failed' about how a boy plays a game or uses a smartphone. The story is an old-fashioned point as if you saw it in local news in the 1990s, 'he said, questioning The New York Times' point. Kotaku went on to say, 'Why are we all worried about the increased time we spend online? Like spending 12 hours a day on Twitter and catastrophically scrolling through the latest tragic events. Actions are probably hurting us in ways we don't fully understand, but now things are different. People around the world are fighting the pandemic of the new coronavirus. Many people I'm refraining from going out to control infections and trying to deal with the stress and boredom that comes with it, so both adults and children can't help but want to play the game to escape the stress and boredom. I think that's what it is. '

He also argued that even if he had to play the game for hours more than usual, it would be unavoidable given the situation. 'We all rely on apps and services to stay connected with our acquaintances. We play Netflix to relieve boredom, and zoom video calls with family and friends. It doesn't matter if you have the time to play Call of Duty: Warzone with your long-distance lover, ”Kotaku wrote, relieving people's boredom and stress during the special time of pandemic. I'm again questioning The New York Times article, which points out that games that are useful to play are bad.