An 'ancient fast food restaurant' is excavated from the Pompeii ruins buried in a volcanic eruption about 2000 years ago. 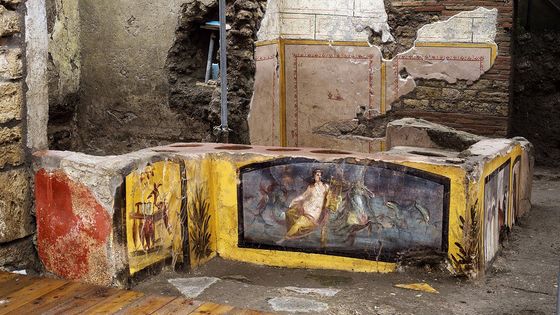 Pompeii, which was completely swallowed by a large volcanic eruption in 79 AD. The beautifully decorated countertops and countertops remain in their original form, and traces of various ingredients have been discovered, which is a valuable clue to the eating habits of the time. Thermopolium ' that offers hot food, which is similar to a modern fast food restaurant. In 2019, a part of the counter decorated with a beautiful pattern was excavated, and the whole store was revealed in the subsequent work.

You can see how the excavated lermoporium looks like by watching the following movie.


In the center of the screen is a thermopolium counter decorated with frescoes . 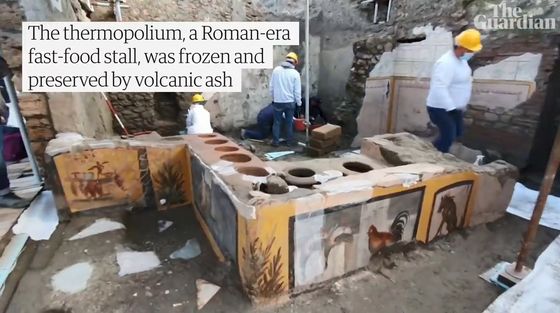 The thermopolium, which was buried in volcanic ash about 2000 years ago, remains almost perfect. 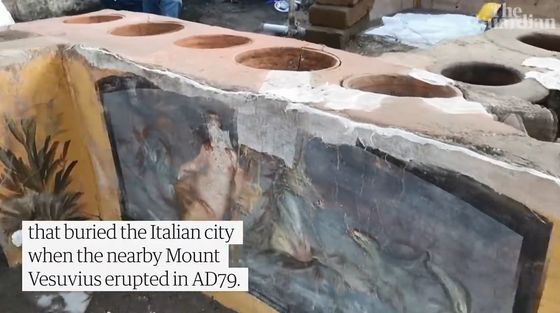 'This is an amazing discovery,' said Massimo Osanna, the caretaker of the Pompeii Archaeological Park. The fresco of the nymph straddling the horse may have been drawn to dedicate it to the fountain in the square facing the thermopolium. This is the first time that a nearly complete thermopolium has been excavated in Italy, and the research team believes it will be a valuable clue as to what the common people were eating at the time. The bones of chickens and dogs drawn on the counter are also found nearby. 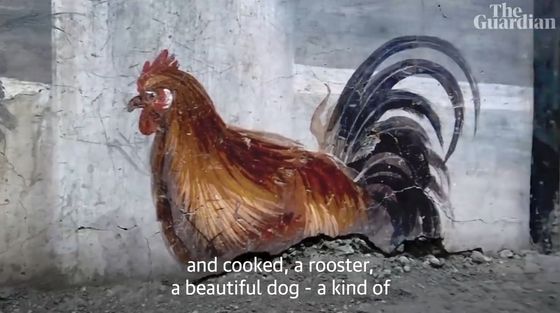 Deep pottery for hot food is also provided on the counter, and traces of pigs, goats, fish, ducks and snails have been found. 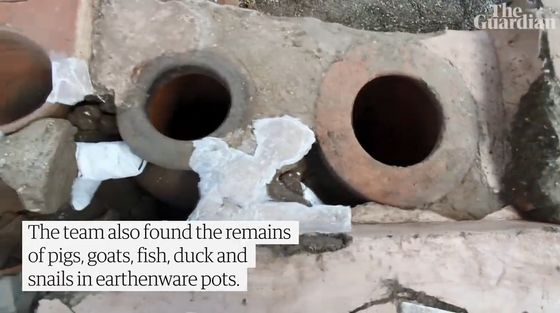 Some ingredients were cooked together like paella, and broad beans were found at the bottom of the wine container to improve the flavor and color of the wine. Bones of a man believed to be around 50 years old have also been found inside the Thermopolium, and Osanna said, 'Probably the oldest man stopped in the early stages of the eruption and died here.' Stated. 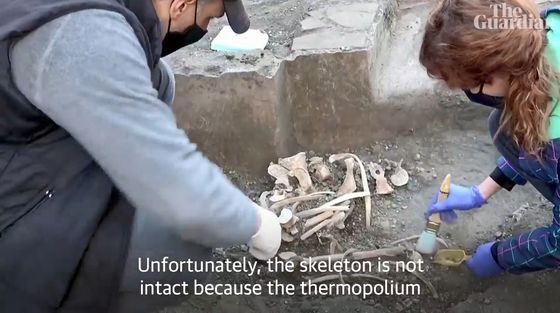