A large number of naked yoga movies have been uploaded to YouTube, and by pretending to be 'educational content', they have been spared from being deleted. For example, according to Australian news media Sausage Roll , Overwatch game distributors used thumbnails like the ones below, which were nude or sexual content, even though they didn't show naked. It seems that he received a warning as. However, according to a new report, searching YouTube for words such as 'Naked,' 'Nude,' and 'Yoga' shows thousands of naked female movies that suggest sexuality. That thing. Although these movies have an age limit, it has been pointed out that they are already naked at the time of the thumbnail and that the age limit can be easily circumvented.

The summary section of these movies says, 'This video does not contain sexual video content that encourages sexual behavior or satisfaction.' 'This video is for educational and documentary purposes. This channel is for people. Is to educate people about their health and body to improve their lives and lifestyles. ' Since the naked yoga movie is 'educational content', YouTube considers it to be a disclaimer of the guidelines. In addition, naked yoga itself is not new, and many people have adopted it as 'you can check every corner of your body and increase your self-love.' 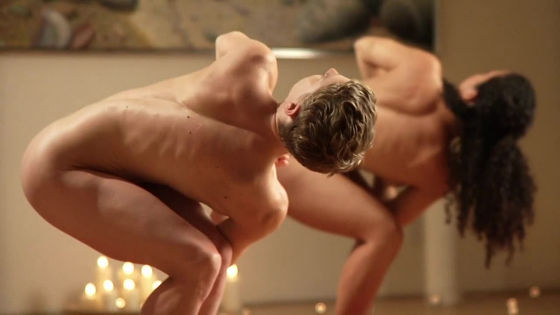 In fact, there are studios that practice yoga naked in the United States, and it is true that some YouTube channels are for educational purposes, but most of the newly opened channels are done by 'real yoga instructors'. It is not.