What is the test to select 'Super Recognizer' who has face recognition ability beyond AI? 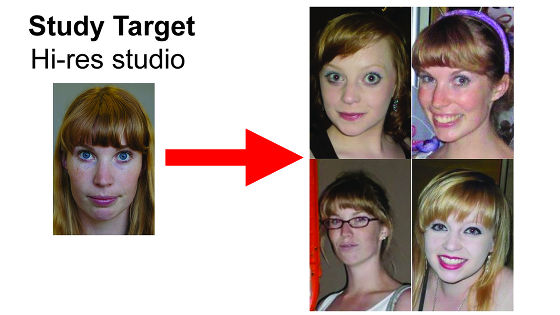 In situations where it is necessary to identify the faces of many people, such as in criminal investigations, a

high-precision image recognition system using AI seems to be useful, but it is said that the image recognition system can be easily deceived , and never It's not a perfect technique. People with high face recognition and memory abilities called ' Super Recognizers ' play an active role in such situations, and what is the 'UNSW Face Test' conducted to select such outstanding abilities? , The University of New South Wales (UNSW) explains in a research treatise.

The term ' Super recogniser ' was coined in 2009 and refers to someone who remembers more than 80% of the people they meet. Super recogniser, which is said to be only 1% of the population, is said to be adopted by police in many countries because it is effective in investigating murder cases and checking attendees at events.

What is 'Super Recognizer', a special ability person who is born with face recognition technology beyond AI? --GIGAZINE Super recogniser said that people who feel that 'I may remember a person's face better than others' will be taken an online test, and if the score is high, a training course will be guided. It is selected by shape. The UNSW Face Test, which UNSW is conducting as a test for that purpose, is explained in a paper published on November 16, 2020.

High facial recognition plays an important role in the field, but super recognizers are said to account for only a few percent of the population and are difficult to find. UNSW's face test is useful because it is only self-reported by the participants and requires criteria to determine 'where is the outstanding ability'. UNSW says that testing can help determine how well a subject's facial recognition ability is and whether that ability is unique. In addition, the UNSW Face Test has the characteristic that 'photographs that include more than the face are used.' It is not 'only the face on a white background' like the ID photo, but it is identified by performing an identification test with a photo that includes 'surroundings' such as the location, brightness, age, pose, and facial expression of the person in the picture. It makes the task more difficult, and it is an effective, reliable and unique test suitable for the selection of super recognizers.

Anyone can take the UNSW Face Test for free from the dedicated page .

Studio quality photos randomly taken from UNSW Sydney's student database, like ID photos for 236 people, are displayed (survey phase). We will memorize the faces of people with various races, genders, and characteristics that automatically switch. After that, another photo will be displayed and you will be asked 'Did you see the person in this photo in the previous photo?' (Test phase). 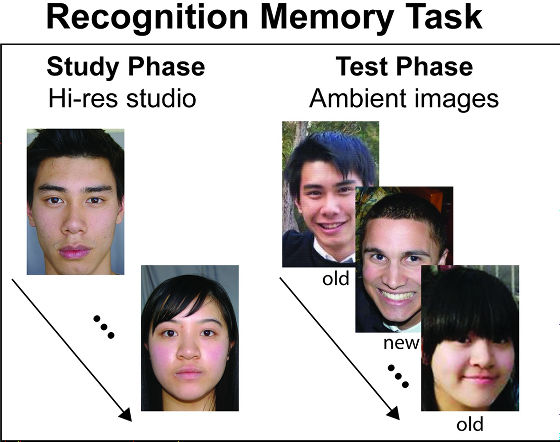 In the second task, one studio-quality photo is displayed for 5 seconds, so remember it (investigation phase). Then sort from a pile of different photos to the right if it's the target photo, or to the left if it's not. The UNSW Face Test consists of these two tasks and will be completed in 5-10 minutes. To verify the reliability of this test, a total of 24,084 participants were tested on five samples. The test results of the 290 samples were distributed as shown in the image below, and the face test score was 50-60% in the volume layer and rarely exceeded 70% in the average participant. In addition, among the 20,000 or more tests, the highest score was 93.3% accuracy, and no one was able to answer 100%, UNSW claims its effectiveness as an esoteric test. 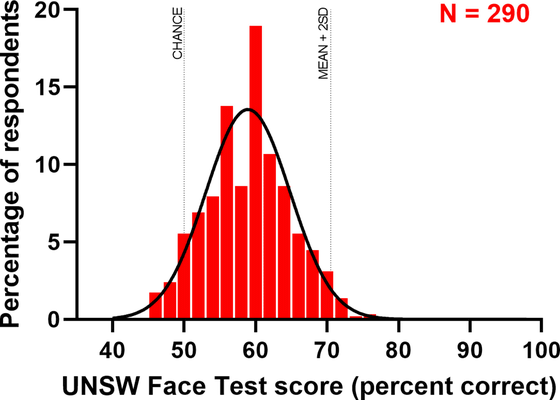 In addition, the image below is a graph showing 'how much better people can be narrowed down when gradually making difficult identification contents'. The top row of the graph shows that as the UNSW face test becomes more difficult (horizontal axis of the graph), the score distribution in other traditional tests (CFMT + / GFMT) becomes more sophisticated. Gradually increasing performance in other tests does not show the same pattern, demonstrating that the UNSW Face test is useful in finding targets with higher capabilities than other tests. Since the face recognition ability of the super recorder extends beyond the range of machine judgment by AI, it contributes to the practice of law enforcement agencies and also identifies the criteria of 'how to identify faces'. It is also expected to lay the foundation for mechanical face recognition.