To get rid of the giant hornet, the U.S. Department of Agriculture has installed a 'small transmitter' to find its nest. 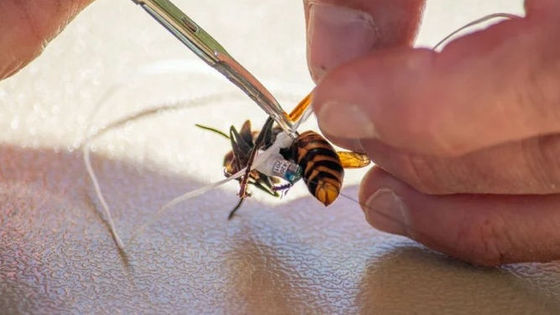 giant hornet, which inhabits widely in East Asia and Japan, has recently expanded its habitat across the sea to the North American continent, and is feared locally as the 'murder bee'. To get rid of such giant hornets, the United States Department of Agriculture is trying to attach a 'small transmitter' to the body of the giant hornet.

'Vespa mandarinia' is the world's largest hornet, which is widely distributed throughout Japan and from India to Southeast Asia and Russia. It has been said that such giant hornets do not inhabit North America, but in December 2019, the first sighting case in the United States was reported in Washington State, and in May 2020, it was confirmed to inhabit Washington State. I did. The giant hornet has received a great deal of attention in the United States because it not only threatens the survival of honeybees, but can sometimes even kill people. The Washington State Agricultural Service (WSDA) has also embarked on the extermination of the giant hornet, and as of October 2020, it had adopted a vacuum cleaner extermination method. 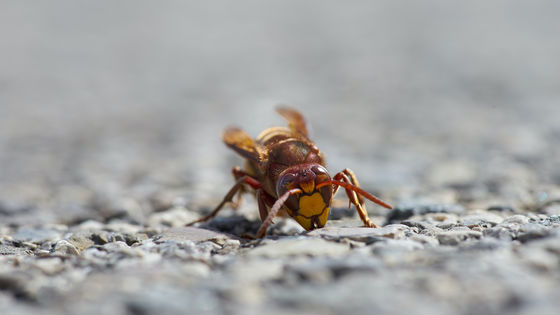 WSDA's insectologist, who was troubled by the location of the nest, devised a new method of 'attaching a small transmitter to a living giant hornet to find the nest.' In partnership with the United States Department of Agriculture, we have installed a small transmitter on the giant hornet, which has been successful in research such as Biwahagoromo . Despite many mistakes such as missing the giant hornet and the small transmitter coming off because the glue did not dry, the WSDA team used the transmitter to create a nest in the gap in the dead tree trunk. Identify that. Succeeded in removing the nest after sucking 85 animals with a vacuum cleaner and capturing 13 animals with a net. I disposed of two queen bees and many worker bees that were alive in the nest.