When a person punishes someone, it is said that the main reasons are 'leveling of social adaptation' and 'deterrence'. The former is to ensure that everyone adapts correctly to society based on laws and morals, and the latter is to prevent others from repeating the same thing by punishment, but 'the situation where the wealth you own is unequal is that others Psychological experiments have been reported that suggest the existence of a third purpose, which can be a motivation to punish.

The urge to punish is not only about revenge – unfairness can unleash it, too
https://theconversation.com/the-urge-to-punish-is-not-only-about-revenge-unfairness-can-unleash-it-too-145990

The research team paired two people who had no acquaintance with a certain amount of money, and set one as a 'responder' and the other as a 'partner.' Then, the pairs were randomly divided into two groups, and experiments were conducted under different conditions.

The first group asks the partner to 'choose to steal money from the paired responders or do nothing', and the second group asks the partner to 'unconditionally increase their money or partner'. Choose whether to increase your money. ' Also, the initial amount of money given to the subjects was not equal, and even the same pair made a difference. He also allowed the responder to impose a fine on the actions taken by his partner. 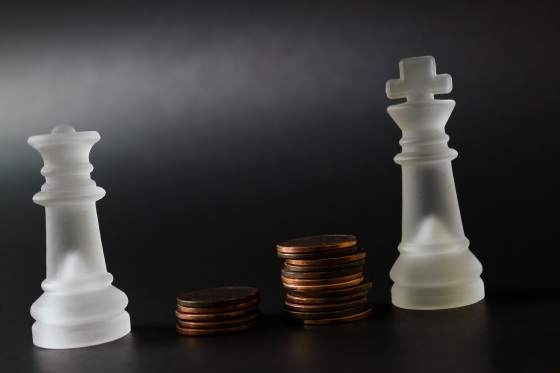 The research team believed that stealing money in Group 1 motivated fines. However, if the initial amount of possession was particularly unequal, there were cases where the responder fined the partner even if the partner did not steal the money.

Also, in the second group, if the partner increases his or her own money without increasing the other's money and there is a big difference in the amount of money in the pair, the responder will fine the partner even though the theft has not occurred. It seems that the case to be imposed was confirmed.

From this result, the research team argued that 'a person can motivate punishment only by unfairness without violating specific rules such as theft,' and only revenge is the motivation for punishment. It is not always the case. 'The fact that punishment can serve to maintain fairness means that both deterrence and resource equalization may have increased the genetic fitness of our ancestors,' said Dutchman. In other words, those who punish others for discouraging others or for equalizing the competition have left more genes than those who did not. '