I drank 'Lipton Oolong Milk Tea', which is a mellow milk tea with brown sugar and oolong tea for a refreshing aftertaste. 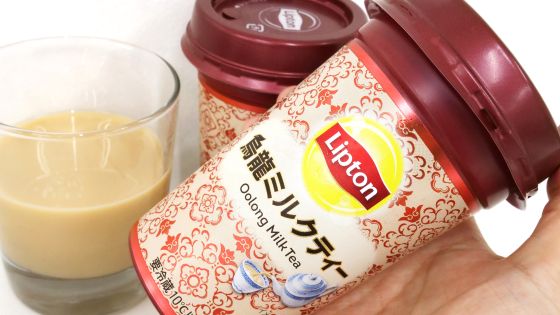 Generally speaking, 'milk tea' is often made from black tea, but ' Lipton Oolong Milk Tea ', which is made from oolong tea in consideration of the persistently popular Chinese tea, was released on September 22, 2020. It has appeared since Sunday (Tuesday). I added brown sugar to oolong tea and milk to make it 'a refreshing and easy-to-drink aftertaste while having a rich taste', so I actually drank it and checked the taste.

An oriental pattern is printed on the package of 'Lipton Karyu Milk Tea'. 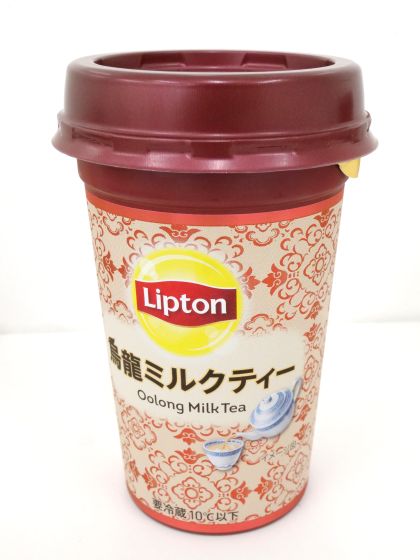 By adding brown sugar to oolong tea and milk, it has a rich taste. In addition, oolong tea is said to have the image of the scent and flavor of

Alishan oolong tea, which is a famous tea leaf producing area in Taiwan. The calorie is 108 kcal per bottle. I poured it into a cup to see what the color of the drink looks like. It looks like a normal milk tea. The scent is not so strong, and when you bring your nose closer, oolong tea has a faint scent. 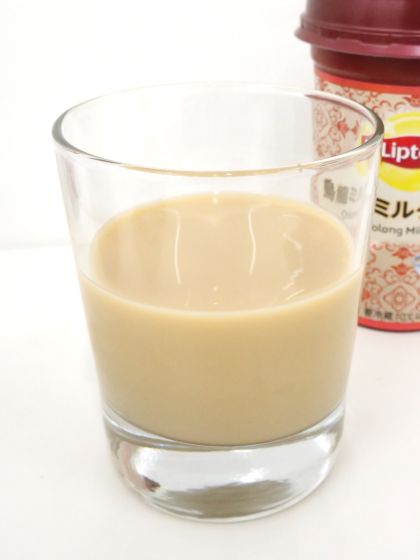 Is oolong tea a lot of astringency and bitterness? When I drank it, the mellow milk taste was strongly felt, and the oolong tea flavor was modest. The aroma that spreads in your mouth is certainly a little different from the usual Lipton milk tea, but you may not notice it as oolong tea unless you tell it. However, since there is no astringency or bitterness, the aftertaste is refreshing and easy to drink. The peculiar habit of brown sugar is softened with milk, and a slight sweetness spreads in the mouth. Lipton Karyu Milk Tea is only available in the cold, so it was a recommended drink when you want to take a break indoors rather than outdoors in the fall. 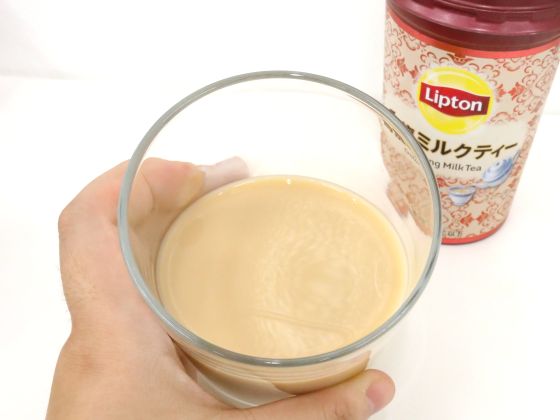 'Lipton Karyu Milk Tea' can be purchased at convenience stores and supermarkets nationwide except for some areas for a limited time from September 22, 2020 to March 2021. The price is 150 yen excluding tax.