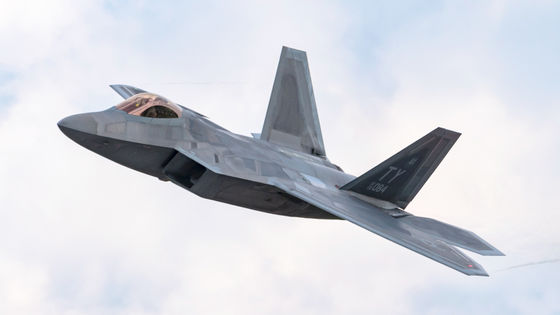 Blasting The Air In Front Of Hypersonic Vehicles With Lasers Could Unlock Unprecedented Speeds
https://www.thedrive.com/the-war-zone/33859/blasting-the-air-in-front-of-hypersonic-vehicles-with-lasers-could-unlock-unprecedented-speeds

Hypersonic weapons are Mach 5.0, that is, fighters and missiles that fly at speeds that are more than five times the speed of sound. Directed-energy weapons are not rockets or missiles, but weapons that irradiate and destroy intended targets such as lasers, microwaves, and plasma beams.

Hypersonic weapons significantly reduce the time it takes to reach a target from launch, making them less likely to be captured by radar. In addition, while normal ballistic missiles fall in an arc from the ground, hypersonic weapons that fall straight at a tremendous speed are said to be incompatible with conventional ballistic missile interception systems, and the US military Is actively pursuing research and development as an indispensable weapon for future strategies.

For example, the AGM-183A ARRW (air-launched high-speed response weapon) jointly developed by the US Air Force and Lockheed Martin is a missile that is launched from outer space and accelerates to Mach 20.

Lockheed Martin just released the image, which I'm calling the most useful official rendering of a boost-glide system yet released by anyone. Pic.twitter.com/DRIpDDSGhZ

These hypersonic weapons are extremely difficult to develop and costly. In fact, the US Air Force and Lockheed Martin have also developed the HCSW (supersonic conventional attack weapon), an air-launch-to-missile, but it has been canceled due to budgetary issues.

There are two barriers to realizing a hypersonic weapon. One is 'how to reduce air resistance' and the other is 'how to deal with the influence of frictional heat with the atmosphere'.

Although the shape of the weapon can be used to deal with air resistance, the shape cannot be changed freely due to the need to install equipment to achieve hypersonic speed and the limitations of material engineering.

Also, if you fly in the atmosphere at hypersonic speeds, the temperature will rise abnormally due to frictional heat with the atmosphere, which will have a great impact on the equipment installed inside. The problem of frictional heat can be solved by laying a heat-resistant material on the surface of the internal weapon, but as the weight of the weapon increases, the cruising range and maximum distance will decrease.

While research on hypersonic weapons has been difficult, technological advances in directed-energy weapons have led to improved output and smaller equipment. For example, in May 2020, the US Navy succeeded in shooting down a drone with a laser weapon mounted on an amphibious ship. 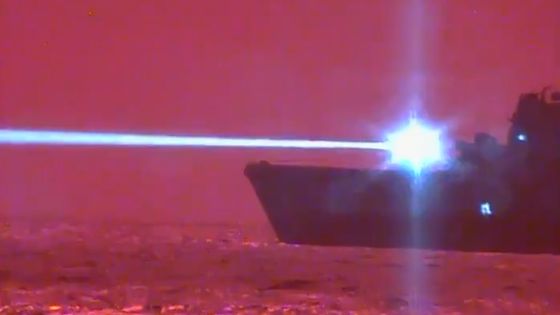 In addition, the attack helicopter AH-64 Apache has been successfully tested with laser weapons.

The U.S. military has succeeded in testing the attack helicopter 'Apache' to mount a laser weapon, and it is expected that it will be put into actual battle soon --GIGAZINE 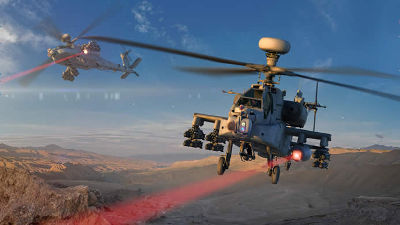 Therefore, NASA and the US military are trying to break down the two barriers to the realization of hypersonic weapons by applying this technology of directed energy weapons.

In 1983, under the funding of NASA, engineer Lake Mylab took the lead in researching ' lightcraft, ' which uses lasers to gain propulsion. This is to push out the atmosphere and reduce air resistance by emitting a laser beam forward from the inside of the flying object and generating a shock wave in front of the flying object. However, the concept was so radical that Mylab's research was never turned into a weapon in earnest. 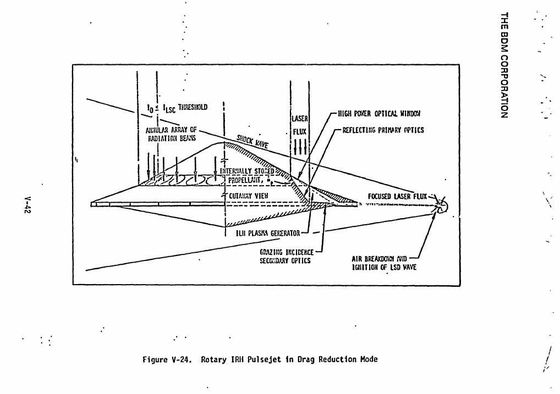 In 1999, a research paper similar to Mr. Mylab's research was published. This was to form plasma by radiating an electric arc, laser, or microwave from the tip of a hypersonic machine to increase propulsion. Research on 'realization of hypersonic weapons using directional energy' was further continued, and in 2005, a demonstration experiment of DEAS (laser-assisted directional energy air spike) was conducted. The image below is an actual test in a hypersonic wind tunnel. The air in front of the hemispherical test model is turned into plasma by a laser. DEAS was developed in collaboration with a researcher in Brazil and a collaborative effect university in New York, and Mr. Mylab participated in the experiment. 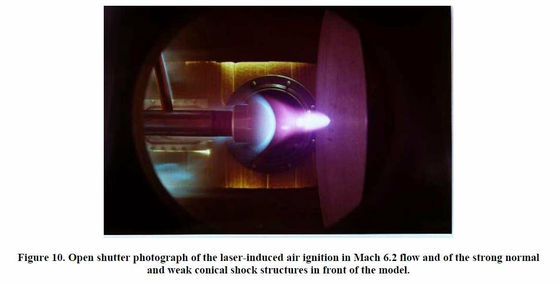 From here, the idea of 'reducing the air resistance of fighter aircraft and missiles with directed energy' has been actively studied by NASA and the US military. In 2019, research began on a technology called 'energy deposition' that uses an ultrashort pulse laser to ionize and overheat the air around a fighter aircraft.

Of course, at the time of writing the article, only publicly announced ones were revealed, and there is no doubt that research is being conducted in secret, especially on energy deposition. The Drive says, 'As the two cutting-edge technological researches of'directed energy weapons'and'hypersonic speed weapons' are fused into a technology called'energy deposition', we will be able to design completely new types of airplanes. So, a new frontier may be unleashed in terms of pursuing speed in the atmosphere. '