Denis Vida, a postdoctoral fellow in astrophysics, has posted a movie on Twitter of 'an object that moves in the night sky in an arc.' 'The meteorite bounced back into space,' commented Vida.

The white line in the image below shows the trajectory of the meteorite, and the part surrounded by the red frame is the actual meteorite. The meteorite moves horizontally ... 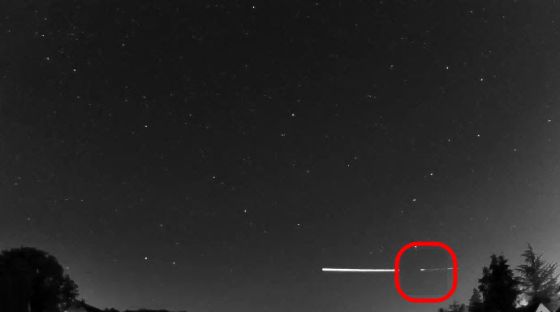 I flew in an arc. According to Mr. Vida, the meteorite rushed into the atmosphere at a speed of 34.1 km / s, bounced off in the

thermosphere at an altitude of about 91 km from the ground, and returned to space. 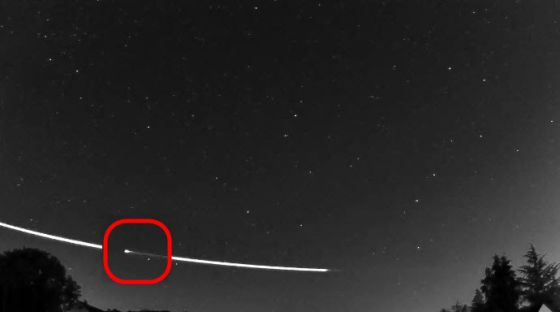 According to Tara Ken , a professor of space geochemistry at Osaka University, when a meteorite invades the atmosphere at a shallow angle, a phenomenon similar to a drainer that throws a stone at the surface of the water and makes it bounce occurs.

It seems that a meteorite invaded the earth's atmosphere at a shallow angle, bounced 91 km above the ground, and returned to outer space, like the 'draining play' of a river. ☄️ I knew that I could actually worship it ... Wow ???? https://t.co/XWwOhkxwVc