The second series of goods related to trainers appearing in the successive 'Pokemon' series will appear at the Pokemon Center from Saturday, September 26, 2020. There are a total of 10 types of goods that will appear, such as Kibana's hoodie and Marie's backpack, as well as clear files and acrylic stand key chains.

The new goods are as follows. Kibana's hoodie ... 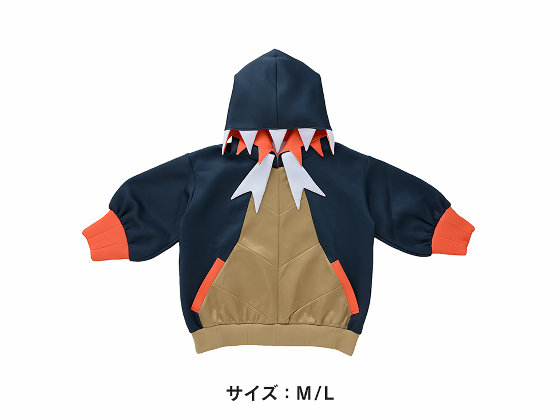 A backpack carried by Marie 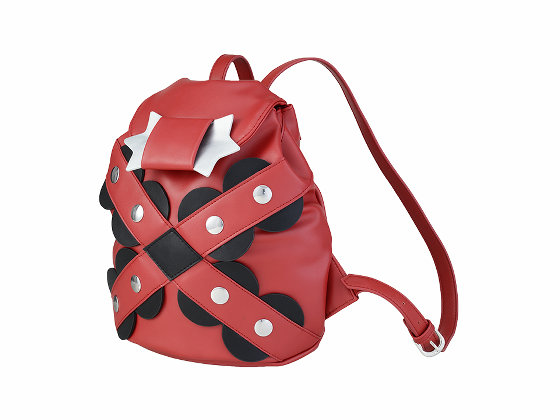 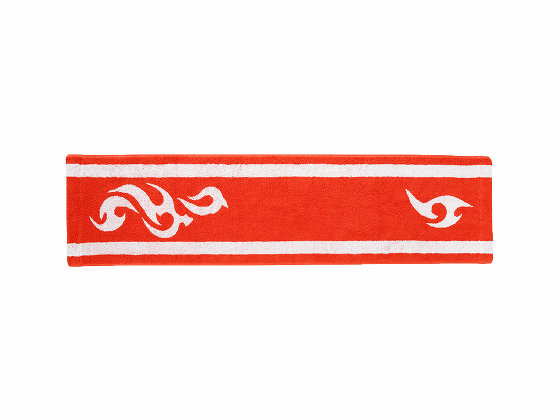 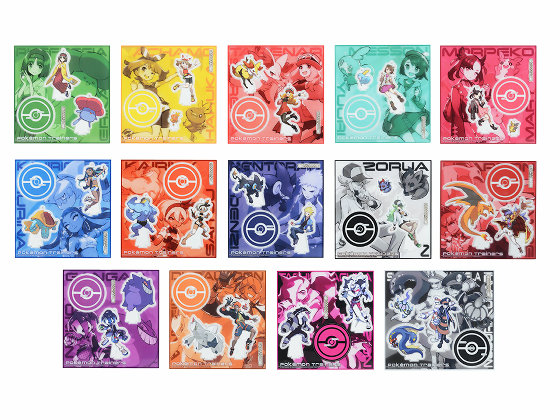 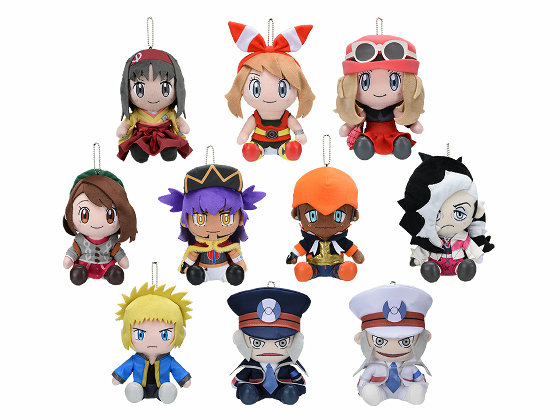 'Communication speed inside PC' that programmers should know --GIGAZINE

A movie that shoots the moment of being involved in the collapse of the World Trade Center in '9.11' up close and blacks out is being released --GIGAZINE

Stop junk mail that you want to return exquisitely pic.twitter.com/tIq5Jx7pls

I was hanging this kind of thing in the laboratory, but I removed it because it was something that young people couldn't understand.
Some of them were crazy for those who were not eligible. # Gerontocracy pic.twitter.com/OSGPKuoZSa

When I was brought in from the showcase of a cute shop and put in here, I would have thought 'Is it really?' Pic.twitter.com/UBrTI35qpF

When a female wrestler used a certain marriage information magazine Z as a weapon, there was a protest from a certain company R, but when a lawyer wrestler used the model six law as a weapon, there was a book from Sanseido. I have to tell you about it.
Company R may be the correct adult (laughs)
The companies that publish the Shin Meikai Kokugo Dictionary are a bit different! https://t.co/GG5qu2HNgr

When I leave my friend, I open the door and listen to Get Wild at the same time. When I was taught 'Get Wild leave' and tried it, I felt like I was doing a really good job. What if the building (company) behind me was exploding? Is happening and recommended.

CNN.co.jp: New corona positive patients, eating out is twice as likely as negative US CDC

Ah, when the company was really bad, I saw on the Internet that I would quit accounting first! https://t.co/eoaPX1O69Z

Famous stores around Corona and Kiyomizu-dera are closing one after another. Warabimochi Rakusho and Acharya Mochi branches are also regrettable on the Internet (Maido News) --Yahoo! News

Wildfire in western US kills 8 people in 24 hours 11 photos on the worst scale ever in Kashu International News: AFPBB News

I wrote an article 'Why is no thought dangerous?' People who think of themselves as unthinking think that only ideas that are different from their own are 'thoughts,' and they can unknowingly suppress them because they are 'unusual and scary.' I'll keep it free for a while so please read it. https://t.co/ZjFA084PhJ pic.twitter.com/0G208nOedu

[Mask refusal on board] This is a good opportunity, so I would like everyone to know-The logbook of First Officer Anzai

By the way, the book I'm reading now, 'The Great Set of Fucking Lips! !! !! !! I want you to see the back cover like this because it makes me laugh so much w pic.twitter.com/PsL1y2Jjph

In fact, the Kansai people's way of saying 'do not come' makes it possible to roughly predict where they live in the Kansai region. pic.twitter.com/jEdgMQynXQ

#Fucking site festival 2020
I was working on shaving the slope with Yumbo for the backyard expansion work.

5 inch cannonball from the soil (with timed fuze)

Moreover, it seems that the fuze was destroyed by the first shot (Gakin!) If the fuze was alive, it would have died seriously. This pic.twitter.com/VLdNvzZekF

Confirmed after moving out.
The wallpaper and CF were wiped out because she lived alone and had a pet.
The lower room is painted with pink walls and ceilings ...
Current status recovery cost 600,000, rent 30,000 ...
Moved out for a year and a half. pic.twitter.com/iR3L6a19Rg

Can anyone who sees entertainment decades ago and feels uncomfortable with the values of the time can read the classics? Pros and cons of the opinion-Togetter

Today, 11th (Friday) before 15:00, a huge rain column was witnessed in Hirakata City, Osaka Prefecture, causing heavy guerrilla rain. During this time, rain clouds developed near the border between Osaka and Kyoto prefectures, and it seems that these rain clouds were taken from a distance. https://t.co/JrVGyU0Dpe pic.twitter.com/drPH2hUCaN

The footprints of a cat left in a book about 900 years ago.
Cats have been around for a long time. pic.twitter.com/ongauoJWw2

A revolution that we want all humankind to do. alchemy. pic.twitter.com/e8yV4kOwb0

It's raining too much, I 've never seen a rainbow landing point pic.twitter.com/PdbhHfkhxK

He is a man who just gets angry and hugs me with all his might. pic.twitter.com/IHwXncw0w6

When I got up and looked up, there was a cat bridge. pic.twitter.com/1tCBTL06vj

Sometimes cats grow from below when trying to pass pic.twitter.com/lQDPfWQCQG

◆ IT / Gadgets (Net / Soft / Hard / Mobile)
CSS technique to solve the problem that height: 100vh; is defined in CSS but it is not displayed at full height on iOS smartphone | Corris

An example of a bad form. Please accept it. pic.twitter.com/uXNNPtC9XK

[Reproduction MAD] What should I do with Yamagata, whose apple production has been overtaken by Iwate? 2 [Eating song] --Nico Nico Douga


The second PV of the TV anime 'Akudama Drive'

Insta account where Shota collected only the frame 'Ah ...' in 'Shota no Sushi', it seems that the number of posts exceeded 100 in episode 125. In 4 out of 5 episodes, there is a piece that Shota says 'Ah ...'. https://t.co/gwZLKan1nd pic.twitter.com/OkhILACPvd

I happened to watch a special program of the book the other day, and it was a shock to run at that time. pic.twitter.com/Fvxvuz27D6

'A story that was interesting to do on Twitter' pic.twitter.com/cqh1CCg4oc

Favorite you've drawn so far ... # I want you to see it again and again Tag pic.twitter.com/xywjym7KBl

In some places, put the original in the tress
An infinite loop that expresses a unique movement. #Marine's treasure #Hololive production ~ and pic.twitter.com/Ssp9fNut8h

I think I'm familiar with all games pic.twitter.com/JuJp0vGTvU

[Rabbit] A story about having a high fever last summer and preparing for Tahi (Nagai !!!) pic.twitter.com/jmEMl6qRTi

'Let's sing at home! Sanfes support screening Returns Online!' Will be re-delivered from 18:00 on 9/11 (Friday) today!
The bird of all 65 theme songs is 'Get Wild'. It will start around 19:30, so please use it when you leave work! #sunfes https://t.co/3hjyBs6ZSb pic.twitter.com/7uYSNRmYzq

Story of monster maids who carry out work to regain the thing that is the mansion of the demon world (1/15) pic.twitter.com/ddPFJ2sluL

This is a noisy gold deer, love ... gif pic.twitter.com/ddT0tjMKpw

Does not talk a little bit if you like Hello or pic.twitter.com/mPl4ICdcJx

A cool childhood friend is really ... #Tags to put your favorites you want to see again and again pic.twitter.com/vFCyjAHWLv

Rin Shibuya series pic.twitter.com/WIWBGATJHU who has returned to Nono Morikubo's house by mistake

'Nadia: The Secret of Blue Water Blu-ray BOX STANDARD EDITION' will be released on December 16th!
The specifications of the Blu-ray BOX, which was released in 2011 and sold out, have been changed and re-released.
Includes the main part of the TV anime, the video for program PR, the TV spot before the start of broadcasting, the mini animation 'Nadia Bonus Theater', the making of the production site at that time, etc. https://t.co/Uxf2dk3qfk pic.twitter.com/1MT9h3eT20

Is it a shrine or temple somewhere? This powerful painting that I drew in the form of dedication requested by

I don't know where this is now because there is no record in the company. The photo says 1993, but ...

The iron ball dropped by the Bowser Crown can be defeated by the body attack when the cloak falls.

At this time, it transforms into a mysterious object, but when I pause and look at it, the surprising fact turns out

#Tags to put your favorites you want to see again and again
Na-ha- anime pic.twitter.com/E8be13Q1xq

[To everyone who was looking forward to 'Let's talk with Gosho Aoyama DAY! 2021']
We will publish a handwritten message from Professor Gosho Aoyama pic.twitter.com/qsjvazLWWN

Information We apologize for the confusion caused by our circumstances.

If you accidentally unfollow us, please let us know and we will follow you again.
In the future, we will strive to prevent recurrence and respond in good faith.

'ultimate! We would appreciate it if you could check our official website for the policy regarding 'Nipako-chan'. pic.twitter.com/eUKKZfRgsc

The expanded public telephone gacha is 300 yen for all 6 types. It will be lined up at the store at any time at the end of December.

If you see it somewhere during the New Year holidays, shout or turn 'Ah! That's what I said on Twitter! Ah!' (´-`) pic.twitter.com/rIg5Lev60R