'Aiming to improve cyber security in outer space' announced by the United States, to protect the system from dangerous cyber attacks 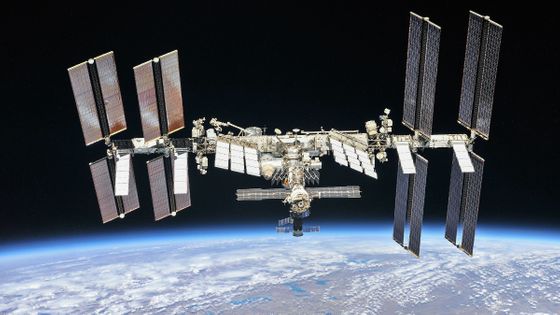 On September 4, 2020, the U.S. government improved the cyber security of systems such as spacecraft and satellites, and summarized the recommendations and best practices for protecting the system from cyber attacks 'Space Policy Directive No. 5' Announced. The United States government views cyber attacks in outer space as dangerous, and aims to improve cyber security as a public and private sector.

In recent years, hardware launched into space has become an important national infrastructure in various fields such as satellite communication, GPS , and meteorological observation. On the other hand, in addition to spacecraft and satellites themselves, terrestrial control systems, etc. rely on information systems and networks for everything from conceptual design to launch and operation during flight, which poses a risk of being exposed to cyber attacks. There is.

The newly announced Space Policy Directive No. 5 establishes cybersecurity standards for all spacecraft, satellites, networks and communication channels constructed and operated by US government agencies and private space companies. A description of the rules. The goal of Space Policy Directive 5 is to ensure that government authorities and the space industry work together to develop satellites and spacecraft based on cybersecurity plans and to incorporate cryptographic software and other protection tools during design, construction and operation. It seems to be encouraged to.

Since it is difficult to physically access satellites and spacecraft that are launched into orbit, it is important to incorporate a function for remotely updating security measures into the spacecraft, Space Policy Directive No. 5 Pointed out. It is also important that engineers trained in cyber security are involved in the development and operation of space systems and the infrastructure that supports them, and protect not only satellites and spacecraft but also ground systems. Senior executives, who talked about the background of the Space Policy Directive No. 5, argued that it is important to focus on cyber security in space because of the growing threat to space hardware from foreign adversaries. .. 'These threats are diverse and complex, and strong public-private cooperation to strengthen the security and resilience of space infrastructure is key to our efforts,' he said.

In the Space Policy Directive No. 5, as examples of malicious cyber activities that are harmful to space operations, 'spoofing sensor data', 'damage of sensor system', 'interference of guidance and control and transmission of unauthorized commands', and 'malicious Examples include 'Injecting code with' and 'Performing a denial of service attack.' On the other hand, senior officials just said, 'It's enough to say that these do happen,' without telling in detail what types of threats are really concerned.

In addition, according to the Pentagon's 2020

Space Policy Directive No. 5 indicates that government agencies need to work with private sector companies to improve cybersecurity best practices, but already many of the private space industries are already building or releasing systems. We are implementing a cyber security strategy. ``I think it's important to emphasize that we are not trying to impose new government-led top-down requirements and standards, but are actually trying to work with the private sector,'' he said. ', said an official.