Microorganisms proved to be able to survive for a long time in outer space, will it be a strong basis for the theory that 'life came from space' 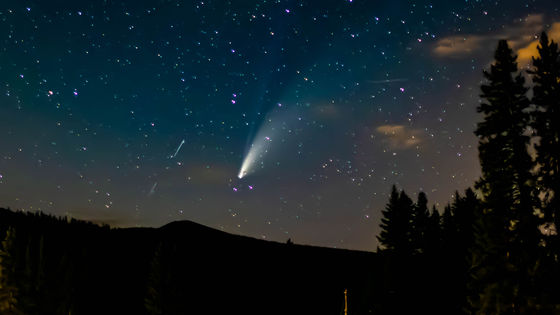 'Where did life on earth come from?' has been debated for many years. As a result of the 'experiment for culturing microorganisms in outer space' conducted over three years at the International Space Station in order to verify the hypothesis '

The Panspermia theory is a hypothesis announced by Swedish scientist Svante Arrhenius in 1908, saying that 'the origin of life on earth is the seed of life that has moved between planets attached to meteorites etc.' Thing.

Previous studies have shown that microbial spores can survive in outer space for a long period of time if they block UV light. For example, a study published in 1993 reported that Bacillus subtilis spores survived for 6 years under UV exposure under an aluminum dome. From this, the 'lysopanspermia theory' that 'spores can move in outer space if protected by rocks etc.' was shown.

A research team led by Professor Emeritus Akihiko Yamagishi of the Department of Molecular and Life Sciences, Faculty of Life Sciences, Tokyo University of Pharmaceutical Sciences is implementing the “ Tanpopo Plan ” to further verify the Panspermia theory. Twenty-six research institutes participated in the project and conducted experiments to observe whether or not microorganisms survive in outer space for three years from 2015. 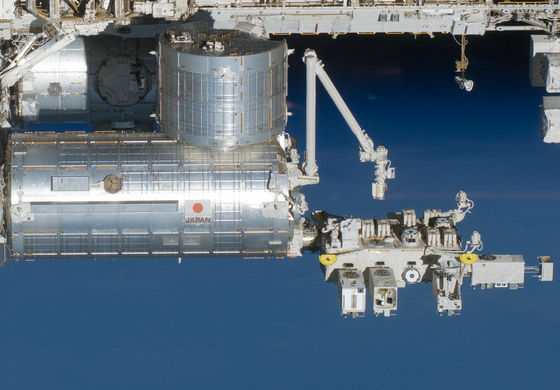 In this experiment, the cell mass of the Deinocox strain containing ``

Deinococcus radiodurans, '' which is known as the most radiation-resistant bacterium in the world, was exposed to outer space at the exposure (exposure) section of the International Space Station. It was investigated whether the microbes survive. The sample will always be exposed to the strong UV rays from the sun. As a result, all samples larger than 0.5 mm survived 3 years. In addition, as a result of analysis, it was found that bacteria on the surface of the sample died while forming a protective layer, which allowed the colony of bacteria to survive. The research team argues that a bacterial colony with a diameter of 1 mm can survive in outer space for up to 8 years when exposed to ultraviolet light, and for decades when it is not exposed to ultraviolet light.

The movement of Mars and the earth seems to take tens of millions of years on average, but if it is the shortest, it can be moved in a few months to several years. From this result, the research team proposed the 'Masapanspermia theory' that allows microorganisms that have become a lump (colony) to move on Mars and the earth even under the condition of being exposed to strong ultraviolet rays.

The theme of this research, 'Origin of Life,' is one of the largest mysteries in the scientific community. In recent years, the ' RNA world ' has been advocated as 'Isn't it the beginning of primitive life that RNA has repeatedly interacted with proteins to replicate genetic information?' There is a controversy over whether 'life could only be born once in the universe' or 'life is easily created if there is an appropriate environment,' but if Panspermia is proved, the universe It is much more likely that a miraculously-generated life somewhere in the world would reach the earth and cause life on the earth. In other words, the possibility that 'life on earth was born on Mars' can be considered. Although this experiment was conducted at an altitude of 400 km from the ground, it is lower than the Van Allen belt that protects the earth from radiation, so it can be said that resistance to radiation has been sufficiently verified. not. Therefore, the research team argued, 'Microbial exposure experiments outside the Van Allen belt should allow for a better validation of the Panspermia hypothesis.'