Is there a scientific 'way to stop hiccups'? 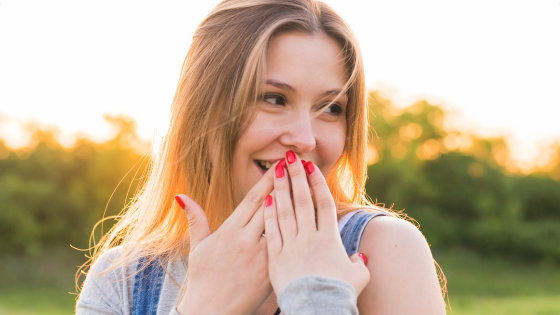 Since hiccups suddenly occur and you can't control and stop them yourself, many people will be in trouble. Scientific journalist

Tibi Puiu explains how there are scientific methods to stop hiccups and how they can be stopped.

How to get rid of hiccups, according to science
https://www.zmescience.com/science/how-to-get-rid-hiccups-052352/

The hiccups, also known as 'hiccupi' in medical terms, occur when the diaphragm and the external intercostal muscles contract unconsciously, causing rapid inhalation of air. At this time, the vocal cords are closed and the flow of air is blocked, so a high-pitched hiccup like a 'hick' is generated.

It seems that many people have suddenly started hiccups and have been confused, but in many cases, hiccups blocked the inflow of air by 'hurriedly eating too much food' or 'too quickly drinking'. That is the trigger. The hiccups occur regardless of age, which is why even a fetus experiences it. Studies have shown that fetuses at 8 weeks do hiccups at least once a day.


It is not scientifically clear why humans make hiccups, and if there is a person who claims that it is a (PDF file) mechanism for mammals to escape the air that entered the stomach too much, human ancestors breathe gills. I think of vestiges of it have been Some people , but no conclusions have been reached.

And although there are folk remedies around the world for stopping hiccups, most of them are not scientific, that is, they have not been proven effective in controlled experiments. A 2013 review also concluded that there was insufficient evidence to recommend a specific treatment for hiccups.

On the other hand, methods such as 'holding breath' and 'breathing with a paper bag' have certain effects. It is believed that holding your breath raises your body's carbon dioxide levels and can disrupt your hiccup pattern. From this, Mr. Puiu recommends the method of 'holding a paper bag on the mouth and breathing when the next hiccup comes out, and 'hold the breath for 10 seconds and exhale slowly, repeat 3 to 4 times'' .. If you can't stop hiccups, it's recommended to repeat this breath for about 20 minutes.

There is also a method of stimulating the vagus nerve and softening the contraction of the diaphragm by the action of “pinching the tongue with your fingers” and pulling the diaphragm gently, and pressing the nose from the left and right when swallowing something. In addition, in the past cases, there are cases where hiccups stopped after sexual intercourse and cases where it stopped due to intestinal massage . Although hiccups often stop after a while, some have reported that they have continued to hiccup for 68 years, from 1922 to 1990. However, prolonged hiccups may be a symptom of another disease, so if your hiccups continue for more than 48 hours, it's best to see a doctor.

And as a preventive measure that does not cause hiccups, 'Do not eat or drink too much' 'Avoid carbonated drinks, alcohol and spicy foods' 'Avoid sudden temperature changes' 'Stress or emotion Avoid situations that do'.