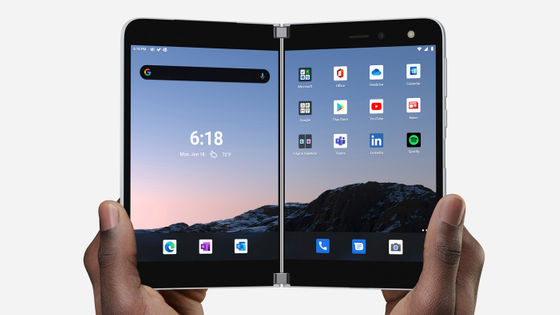 Local time On August 12, 2020, Microsoft announced detailed specifications for the foldable dual-screen mobile device ' Surface Duo '. The price in the United States is 1399 dollars (about 150,000 yen) and the release date is September 10, 2020.

Surface Duo is a foldable 2-screen mobile device equipped with Android OS. According to Microsoft, the Surface Duo incorporates the best elements of tablets and laptops, and is not a reinvention of the smartphone, but a device that reminds us how to use the device. It emphasizes that it is different from smartphones.

The newly released official PV is as follows.


The thickness of each display is 4.8 mm, the thinnest Surface ever. 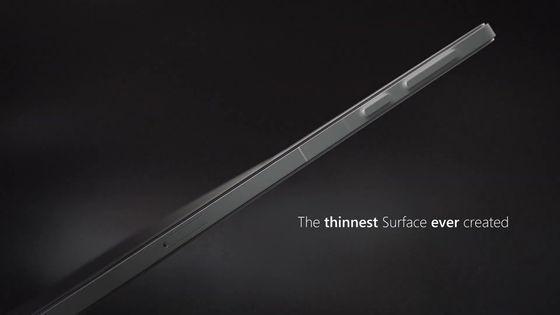 Hinge part that can open and close 360 degrees. You can unlock with the fingerprint authentication sensor. 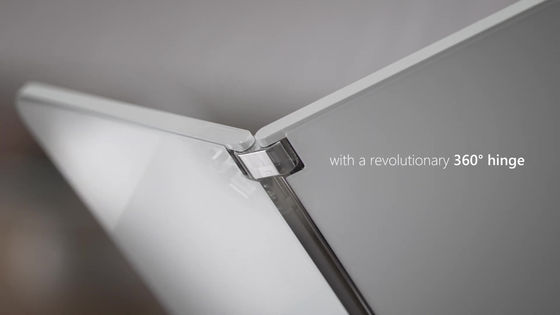 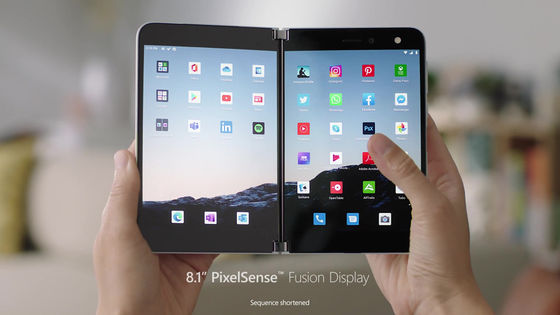 Not only Android apps from Google Play store, but also Microsoft apps such as Office, Outlook, Teams, Edge, OneNote, OneDrive, Microsoft To Do are available. 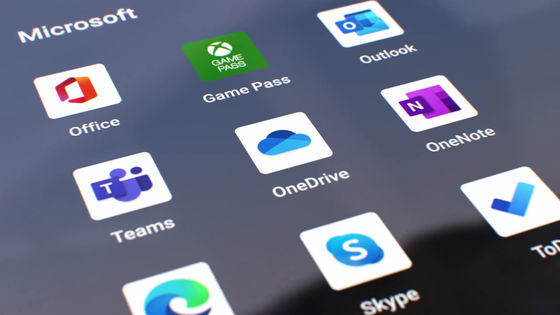 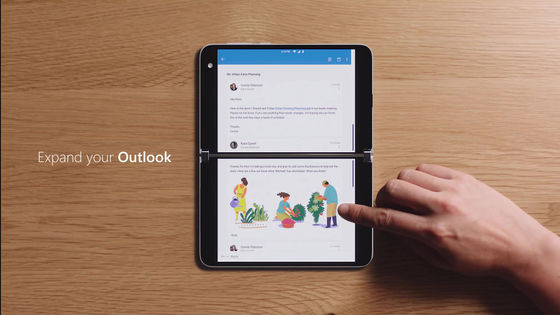 Separate apps can be launched on the left and right displays. 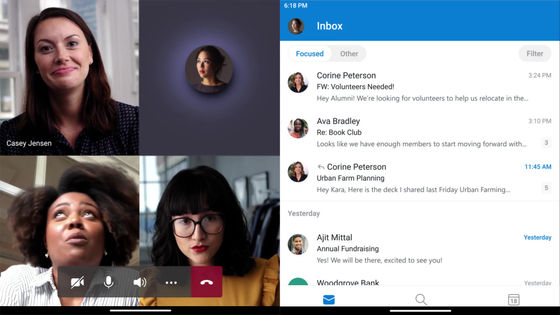 You can also create a group that combines two apps and launch them simultaneously with a single tap on the home screen. 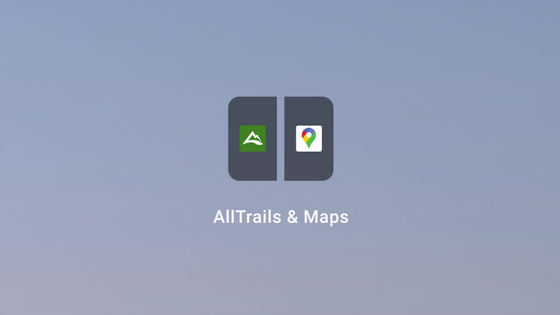 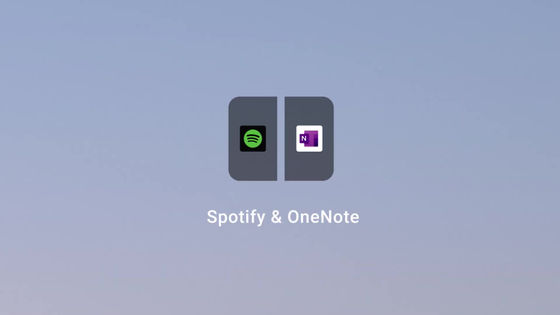 Compatible with all 'Surface Pens' released so far. 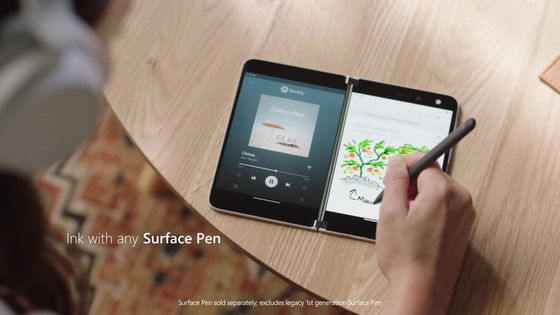 There is also a seamless linkage function with Windows 10 PC. 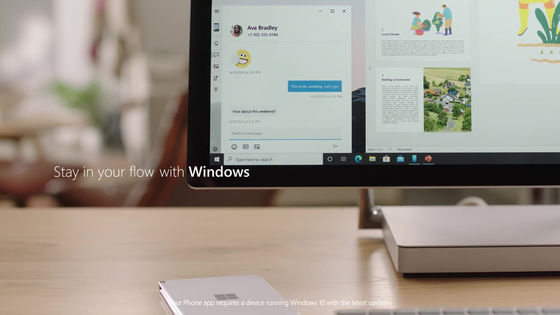 You can check the message that arrived at Surface Duo on the PC side. 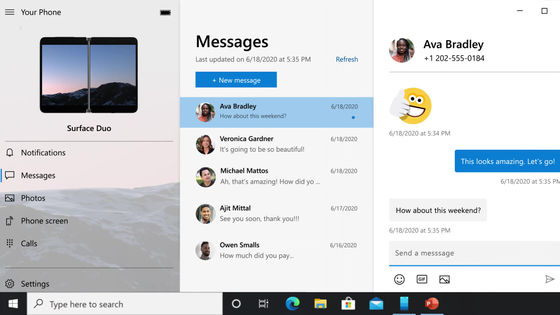 When it is bent, it becomes self-supporting... 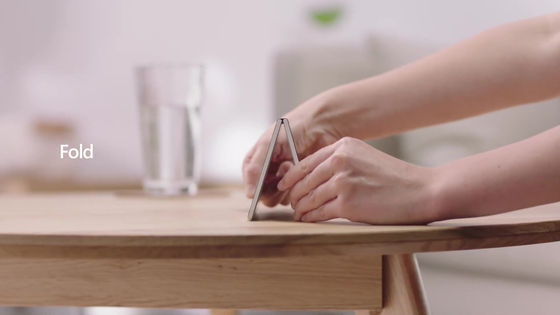 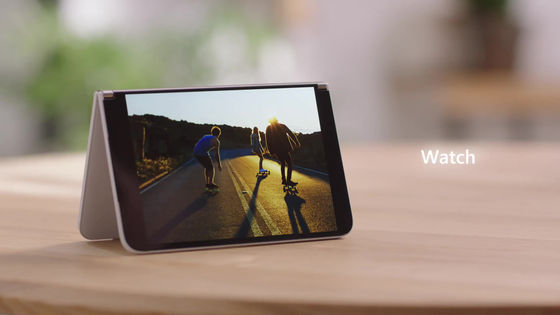 You can use one display as a keyboard and use it like a laptop. 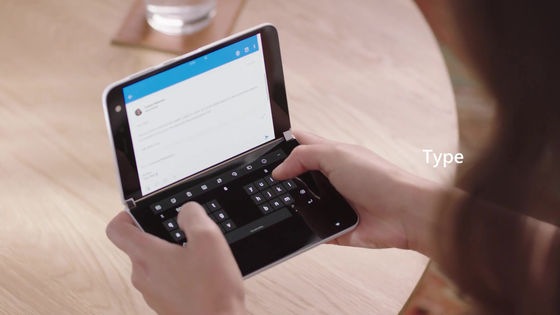 Detailed specifications are below.