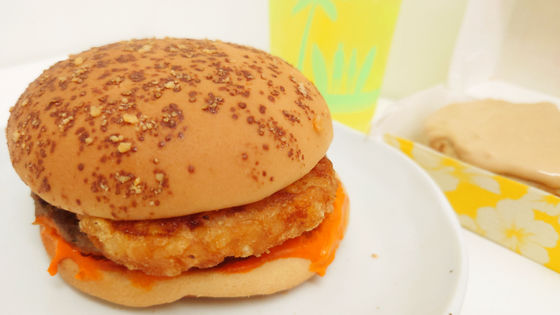 McDonald's has released eight Hawaiian menus approved by the

Hawaii State Tourism Bureau from Wednesday, August 5, 2020 for a limited time, so I bought it and tried it.

A new menu entitled 'Enjoy the taste of Hawaii at home!' I bought it immediately. The Hawaiian menu has been a staple of summer for the past few years, and the new menus for the summer of 2020 are Hawaiian Spicy BBQ, Hawaiian Pancake Caramel & Macadamia Nuts, Mack Fizz Lemonade, and Macfloat. There are four types of 'lemonade'. 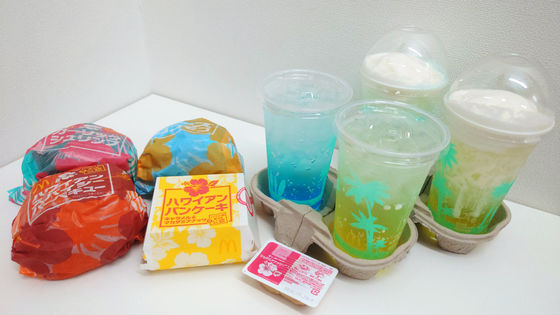 I arranged burger and pancake side by side. The wrapping paper is also Hawaiian. 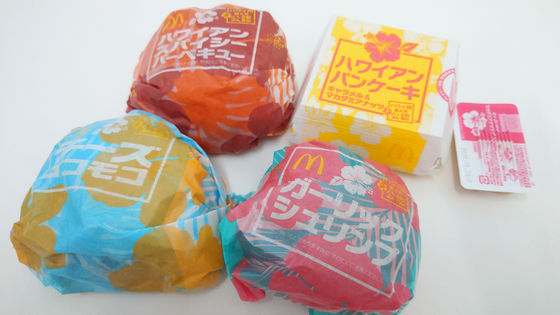 It looks like this when taken out of the package. The size of the burger is about the same as a regular burger. Pancakes are a little smaller than that. 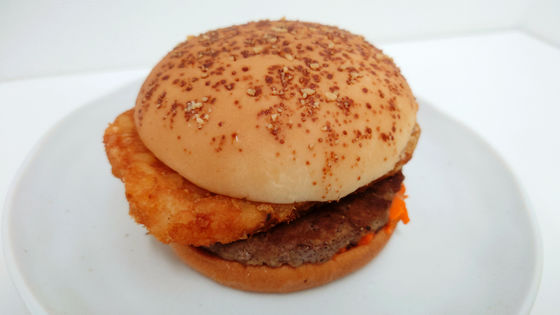 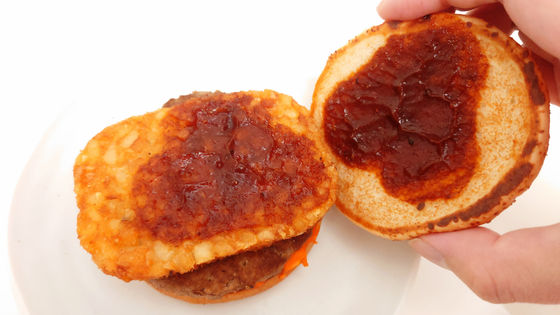 The orange sauce under the beef patty is jalapeno cheese sauce. It's different from carrot dressing, which is often used for salads at Indian restaurants. 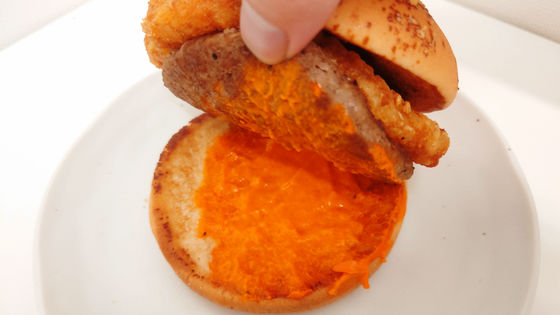 The jalapeno cheese sauce is quite spicy, and if you enjoy the warm texture of potato patties, the spiciness will break out like the ground. However, since it is a gradual and dull hotness, it does not feel like a pain in the tongue or throat. It would be nice to have another dish, some vegetables, but if that happens, the spiciness will be further weakened, so the balance will be difficult. This is the popular ' Cheese Loco Moco ' (420 yen including tax) that will be the fourth Hawaiian burger to appear. 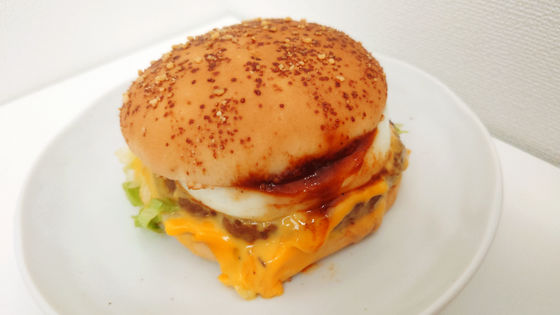 The fried egg is sandwiched between them, and it looks like a Hawaiian version of Tsukimi Burger. 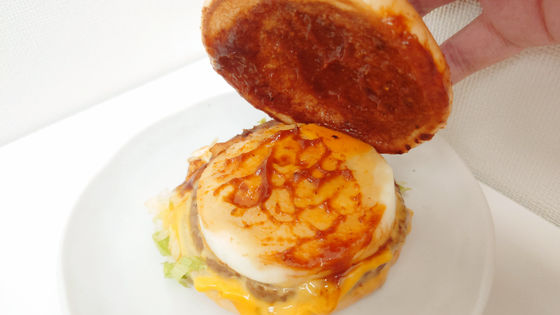 There is plenty of cheddar cheese between the fried egg and the patty. 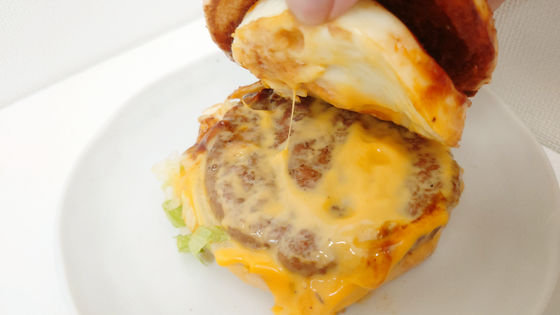 When I ate it, the egg strongly asserted its presence, the cheese followed from behind, and the patty firmly supported the base, and the sweetness of the barbecue sauce was scattered throughout.

Previously Loco Moco used gravy sauce, but this time it is a barbecue sauce, so it is a slightly different item. 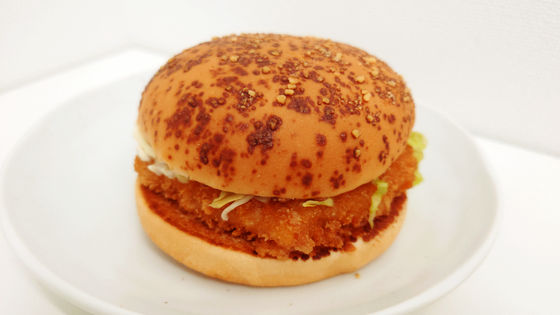 Garlic sauce is painted under the shrimp cutlet. 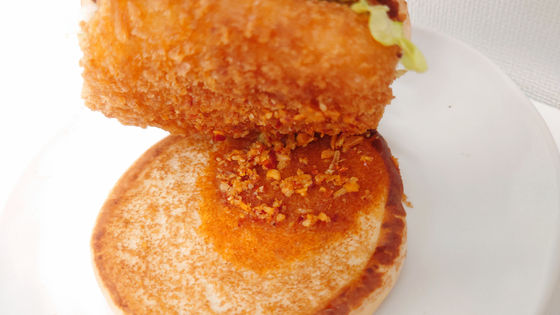 The smell of garlic drifts from the moment you open the package, but when you try eating it, the savory taste of shrimp cutlet and the shrimp flavor spread strongly, and garlic retreats slightly. It was a different version of Shrimp Phileo. 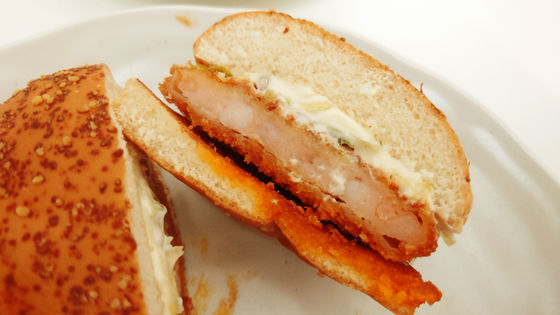 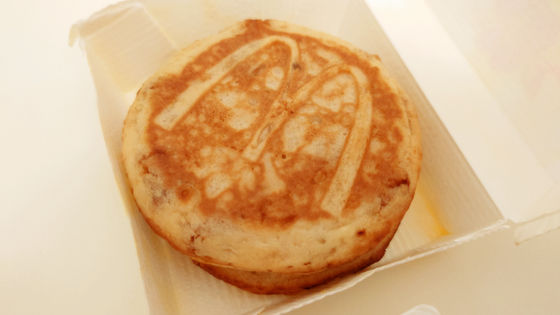 Eat plenty of the included caramel cream and eat. 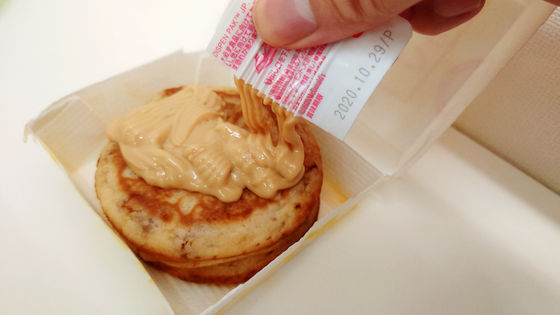 When you apply the cream, it looks like this. 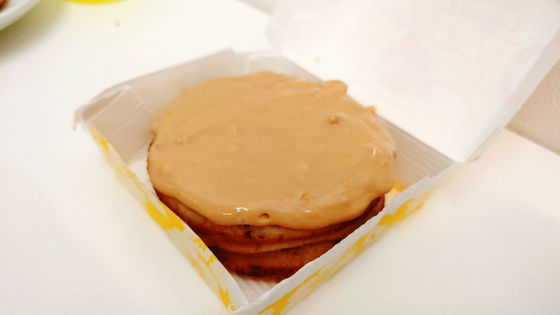 Originally, the pancake alone has a maple flavor and sweetness, but the caramel cream sprinkled with it has a rich sweetness and completely wraps up the sweetness of the pancake. Hot tea or coffee seems to be the best drink to serve, not MacFizz or MacFloat. 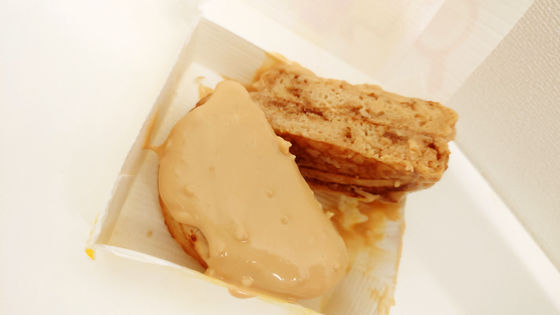 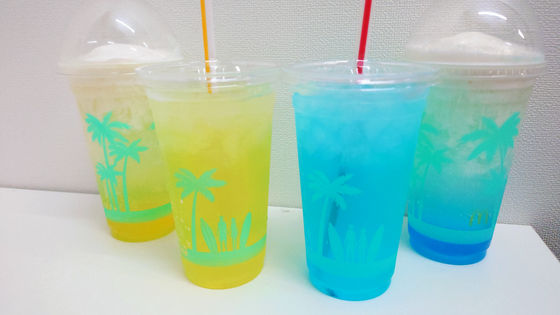