The Tartar 6 Shrimp Wapper, which consists of Burger King's signature 100% direct-fire grilled beef patties and 6 pre-prepared garlic shrimp and plenty of rich tartar sauce, is available for a limited time. I immediately purchased and checked what kind of taste the new Wapper, which Burger King sings 'Merry-go-round of shrimp', is finished. 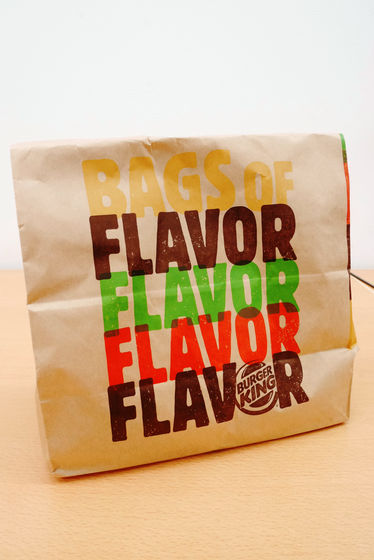 The wrapping paper looks like this, and there was a handwritten letter 'TS'. 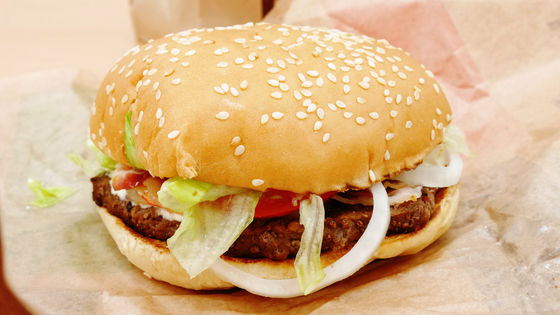 Garlic shrimp flickers through the gap between the buns. 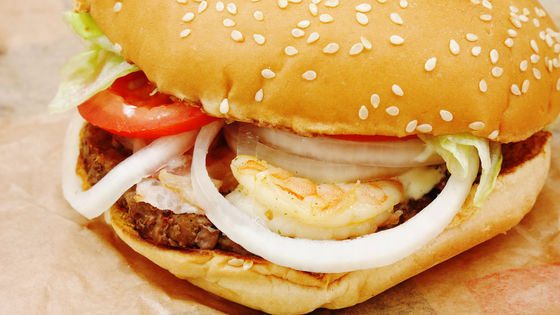 The size is about this size compared to the iPhone XS equipped with genuine Apple leather folio . The diameter is 13 cm, which is considerably larger than the burgers of hamburger shops such as McDonald's and Lotteria. The buns are Sesame buns. 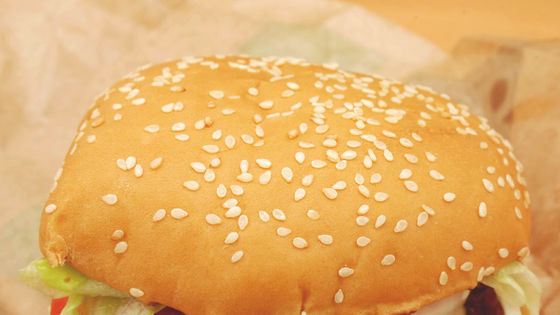 The tartar sauce is visible from the gap between the ingredients. Speaking of hamburgers using shrimp, there is McDonald's Burger King's ' Super One Pound Beef Burger ' and ' Strong Super One Pound Beef Burger ' had the impression that the amount of beef patties was too large and the sauce was obviously insufficient, but this time 'Tartar 6 Shrimp Wapper' is a ingredient It was a burger that you can eat deliciously from the beginning to the end because the tartar sauce is well-balanced and the tartar sauce and fresh raw vegetables go well together.

The Tartar 6 Shrimp Wapper will be on sale for a limited time, so please check early if you are interested.