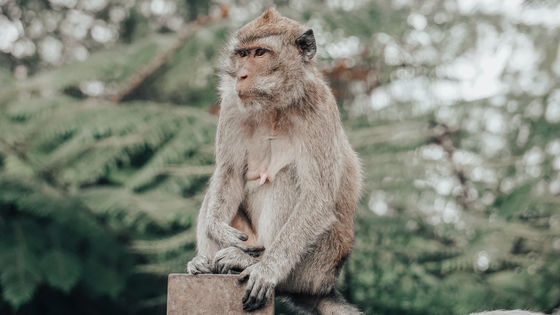 It is known that the reason why it takes some time from the start of strength training to the enlargement of muscles is that 'the body has become muscular.' Researchers at the University of Newcastle have attempted to give rhesus monkeys muscle training as the first experiment with non-human primates to investigate what mechanism contributes to this change. 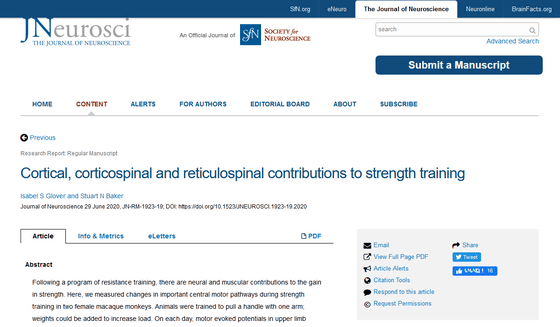 Various studies have been conducted on muscle training, and it is known that 'the nerve adapts to building muscle' before 'building muscle' in the initial stage. It has been thought that this neural adaptation may be related to the corticospinal tract of the descending conduction pathway that projects from the cerebral cortex to the spinal cord in the projection system .

Based on various past studies, Professor Stuart Baker of the University of Newcastle speculated that the reticulospinal tract from the reticular body of the brain stem to the spinal cord is likely to mediate neuroadaptation. Has been advanced.

The team of Professor Baker and colleagues newly conducted an experiment aimed at comparing the relative contribution of corticospinal and reticular spinal cord tracts to neuroadaptation associated with muscle training. Two female rhesus monkeys participated in the experiment. According to the team, it was the first attempt to perform strength training in non-human primates, especially to investigate changes in the function of the reticulospinal tract.

The device used in the experiment looks like this. The research team evaluated the motor function by imposing muscle training on monkeys by 'pulling the lever with a weight on the tip with one hand'. First of all, the muscle training that started from letting you simply perform the action of ``pulling the lever'' without attaching a weight extends to 3 months, and finally the monkey pulls the lever with a 6.5 kg weight 50 times a day You can now. Since the weight of a monkey is about 6kg to 6.5kg, it means that in human beings, muscle training equivalent to 50 times of suspension with one arm is done. 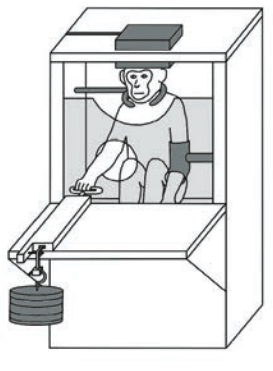 The research team measured the electrical activity of muscles by stimulating the motor cortex and two motor tracts (corticospinal tract and reticulospinal tract) every day.

As a result, there was no significant change in the corticospinal tracts used to move the limbs and trunk such as “walk” and “reach”, while the reticular spinal tracts used for posture maintenance and muscle extension. There was a significant change in. Baker's co-worker Isabel G. Glover says that the 'major pathway', the corticospinal tract, was associated with sophisticated and complex movements in humans, while it was the 'old pathway.' The reticulospinal tract appears to appear to be the driving force behind strength.

Professor Baker speculates that neuroadaptation before muscle hypertrophy in the early stages of muscle training may be due to increased activation of muscles by strengthening the connection strength between the reticular cord and spinal cord. I will.