What is the 'ranking factor that increases the risk of death' that was found by following up on more than 13,000 elderly people? 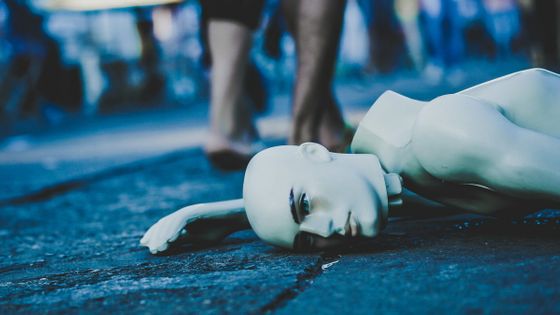 Although the average life expectancy of modern people has greatly increased compared to the past, not all of us can die in peace due to aging, and many people die of various diseases. An American research team followed up more than 13,000 elderly people and presented the top 10 'various factors that increase the risk of death'. 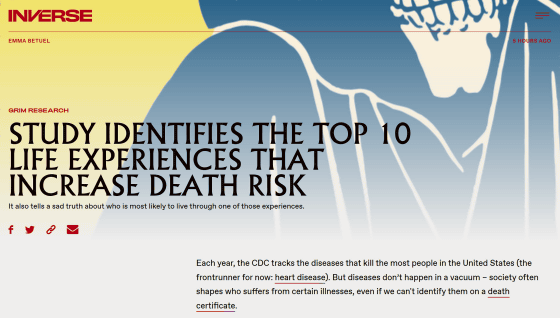 The research team followed the subjects of the

Health and Retirement Study , a longitudinal study at the University of Michigan, of Americans aged 50 and older, over a period of 6 years, with 57 non-biological We investigated the relationship between factors and mortality risk. 57 factors were 6 of 'difficulty in childhood', 'low socioeconomic status', 'behavior related to health', 'negative social interaction', 'psychological characteristics', and 'adverse events in adulthood'. Categorized into items and analyzed for the probability that those who experience these factors will die within 6 years.

According to the research team, the average age of participants was 69.3 years old, 58.6% of the total was female, 77.6% was white, and the percentage of American-born was 91%. It seems that the ratio of males and females and the ratio of races are almost the same as the results of the national census, and it seems that consideration was given to reproducing the ratio of the population living in the United States as much as possible. 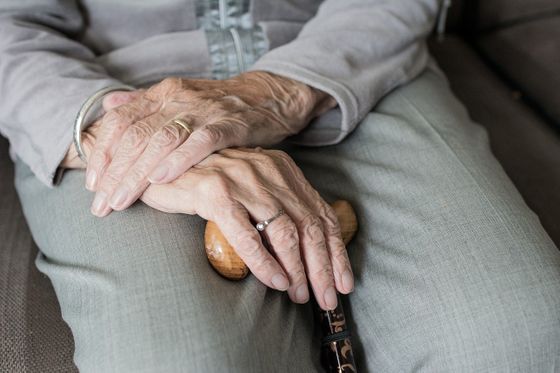 As a result of the analysis, the '10 factors that increase the risk of death ranking worst worst' discovered by the research team are as follows. 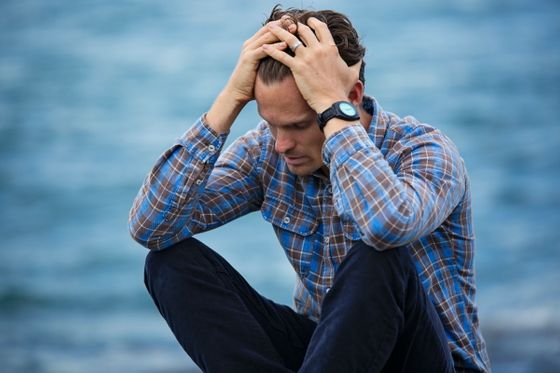 In addition, in this survey, it was also found that the factor of 'discrimination on a daily basis' ranked in the worst 13th place overall, and the risk of death increased by 22%. At the same time, blacks are 22% more likely to experience factors associated with increased mortality risk than whites, and men are 28% more likely to experience mortality risk than women. I understand.

Eli Puterman , the lead author of the paper, pointed out that racial discrimination is not only recognizable in everyday life, but also more subtle and structural. “Given the current situation, some of the minorities experience everyday discrimination, but systematic racism plays an important role in shaping attending schools, dreaming careers, and behaviors. 'Puterman argues that there may be racial tendencies that are hard to express.

Among the factors that were found to be associated with mortality risk in this survey, there are direct health hazards such as 'smoking habits' that are the main causes of lung cancer and 'alcohol abuse' that damages internal organs. While it has something to do, it also includes more indirect factors such as socioeconomic status and stress. In addition to lowering the rate of care taken at medical institutions, financial problems also suggest that stress may increase the secretion of stress hormones such as adrenaline and cortisol , causing mild inflammation and elevated blood pressure. As a future prospect, the research team pointed out that using the results of this survey, 'social factors that produce longevity' could be incorporated as a solution to extend the life of people. 'If we expand our ideas on the types of factors associated with illness and mortality, we may be able to test causality, take interventions and shape future policies,' Puterman said. ..