teleportation, which is one of the means of transmitting information in quantum computers , has been demonstrated by a qubit composed of electron spins, according to a study by research teams at the University of Rochester and Purdue University.

Is teleportation possible? Yes, in the quantum world
https://phys.org/news/2020-06-teleportation-quantum-world.html 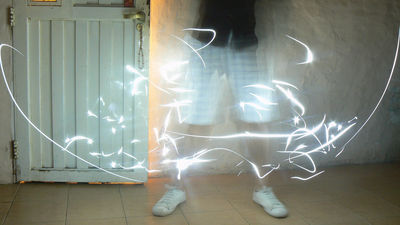 Google engineers explain the question 'what is a quantum computer?'-GIGAZINE 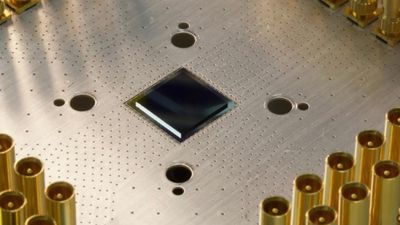 Quantum teleportation has been demonstrated mainly by photons , but the research team by Andrew Jordan, a professor of physics at the University of Rochester, and John Nicole, an associate professor of physics, is working on quantum teleportation between electrons. Report that it is possible. Qubits by electron spins are also promising as a means of transmitting information in semiconductors.

“Electrons are promising qubits that interact easily, and qubits of individual electrons in semiconductors are also scalable. Reliable creation of long-range interactions between electrons is an essential technology for quantum computing. ', says Nicole. 'We demonstrate a method to generate entanglement between two electrons even when particles do not interact, and a potentially useful method for quantum computing using teleportation, 'quantum gate teleportation'. 'Our work shows that quantum teleportation is possible without photons,' says Nicole.