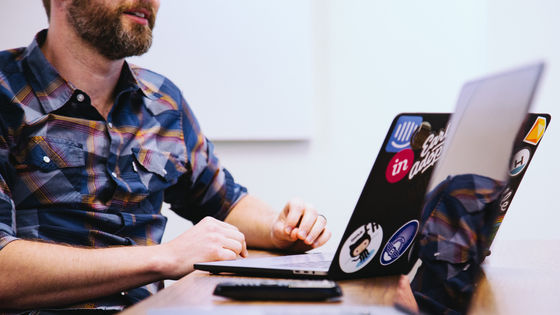 A campaign to protest against black discrimination under the slogan “ Black Lives Matter (BLM)” has been spreading rapidly since May 2020. It is reported that the words 'master/slave' and 'blacklist/whitelist' used in the programming world are beginning to be paraphrased.

The term ``blacklist,'' which rejects certain users and words, and ``whitelist,'' which conversely allows users and words, was pointed out to be racist, began in BLM in 2020. Instead, the researchers at the University of Limerick argue that 'such terms not only reflect the culture of racism, but also strengthen, justify, and make permanent racism.' Published papers in 2018.

In addition, in the Drupal project that has been underway since 2014, the term “master/slave”, which refers to the control side and operation side of devices and communication systems, includes nuances that remind us of slavery and sex discrimination during the colonial period. However, it was argued that the term 'primary/replica' should be changed.

This paraphrase movement is once again spreading in the world of software development in response to the rising BLM from May 2020. According to Google engineer Mishaal Rahman, 'Google is an open source development project for Android and has replaced the word 'blacklist/whitelist' with the term 'blocklist/permit list.'

Google is changing instances of 'whitelist' and 'blacklist' in AOSP to 'allowlist' and 'blocklist' in an effort to be more inclusive.

Also, this just happened with Grammarly as I was typing this tweet.pic.twitter.com/qRYsslXN0C

Similarly, Go, which is a programming language developed by Google, has also indicated that it intends to revise terms such as 'blacklist/whitelist' and 'master/slave'. A similar paraphrase has been made in PHPUnit , the PHP testing framework. 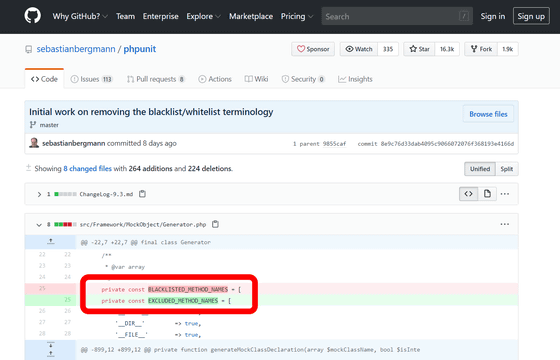 Gabriel Csapo, a LinkedIn software engineer, revealed that he has made a request to replace terms such as 'master/slave' and 'blacklist/whitelist' in an internal library of Microsoft, the parent company.

I am literally in the process of opening up issues for a bunch of libraries I use that employ these phrases.

In addition, in GitHub and version control system Git, the default repository of source code is called 'master', but already in some open source projects, the default repository is called 'main' 'default' 'primary' 'root' etc. In other words, IT media ZDNet reports. However, in the Git discussion forum , 'the term 'master' has nothing to do with slavery,' 'political topics should be excluded from technical discussions,' 'eliminating words can solve problems There are many people who disagree with the paraphrase.

Under these circumstances, GitHub CEO Nat Friedman said on Twitter that GitHub should officially accept the paraphrase of 'master' 'It's a great idea and we are already working on it'. He suggested the possibility of renaming the default repository throughout GitHub.

It's a great idea and we are already working on this!cc @billygriffin22

Despite efforts to paraphrase the programming term, ZDNet pointed out that it wasn't widely accepted, ``GitHub follows the term paraphrasing move to ensure that the term'master' is used across millions of projects. It will be effectively removed, justifying the effort to clean up programming terminology.'