'Synthetic erythrocytes', which have higher performance than real blood, will be developed, and not only oxygen but also anti-cancer drug etc Research teams at the University of New Mexico and others have announced that they have succeeded in developing 'synthetic red blood cells' that act like real red blood cells. This synthetic erythrocyte can not only carry oxygen but also a therapeutic agent for cancer etc. to the affected area, so it is expected to develop high-performance artificial blood if it is put into practical use. ..

Scientists Just Created Artificial Red Blood Cells That May Be Even Better Than The Real Thing
https://www.sciencealert.com/these-synthetic-red-blood-cells-could-be-even-better-than-the-real-thing 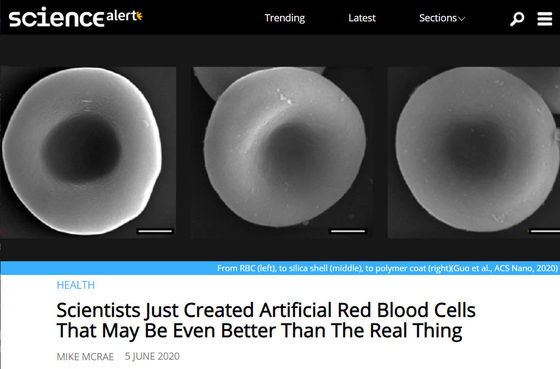 Blood substitutes that can be used for blood loss due to surgery and trauma are used in the medical field, but this is only to secure the 'volume' of blood, and it is a perfect blood cell that has the oxygen carrying capacity of red blood cells. No artificial blood has been developed so far. 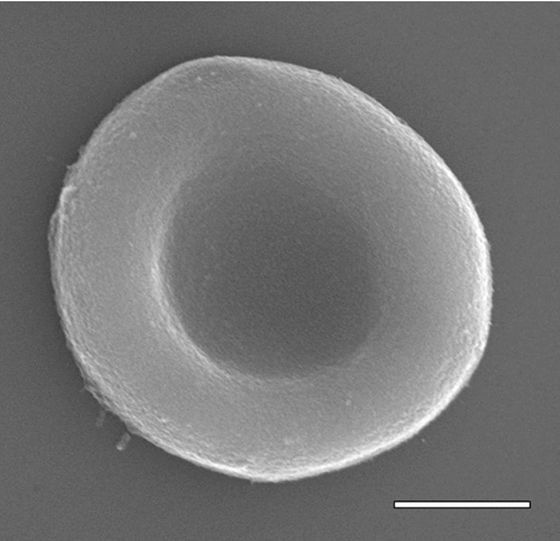 The ``reconstructed erythrocyte (RRBC)'' made in this way has almost the same shape, charge, surface protein etc. as natural erythrocyte, and it was said that it was flexible enough to keep its shape even in the model of capillaries. .. In addition, even when injected into mice, they could remain in the body for more than 48 hours without being attacked by immune cells, white blood cells, and did not adversely affect the mouse body.

In addition, the research team succeeded in packing oxygen carrying hemoglobin inside the RRBC, anticancer drug, magnetic nanoparticles, substances that will be markers to detect toxins, etc., so RRBC looks like real red blood cells It is possible that various substances can be transported to every corner of the body.

The research team in the future, tests in humans through the confirmation of the safety test of RRBC, and eventually cancer treatment and using the RRBC, of bacterial blood infection treatment and has an eye .