Why is coal-fired power plants still increasing in China? 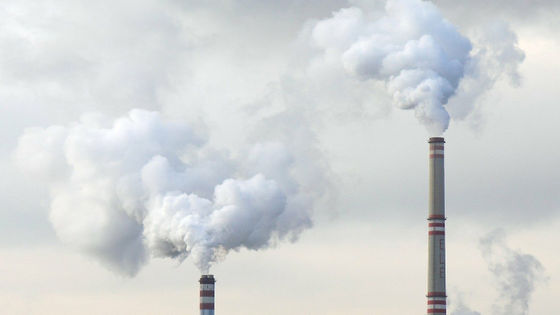 Rocky Mountain Institute Mr. Christian Rozerundo to serve the editorial committee at is, 'Why the load on the environment is large, there is no coal-fired power generation and economical continue to be deeply rooted use Is it? ' ◆ Coal is no longer cheap energy
There is a record that coal was used as a fuel for blacksmiths in ancient Greece in ancient times, but it came to be used as an energy source in earnest because the steam engine was invented in the 18th century. . Coal has been supporting people's lives for about 200 years since it became the driving force of the Industrial Revolution, but in recent years, Germany has announced plans to

shut down all domestic coal-fired power plants by 2038 . There is a growing movement to reduce and stop usage.

The biggest reason coal is no longer used is its environmental impact. When coal is burned, harmful substances such as nitrogen oxides , sulfur oxides, and mercury are generated, causing air pollution. Another problem is the large amount of ash that remains after coal burns.

Coal also emits a great deal of carbon. Considering that coal-fired power generation produces not only carbon dioxide but also methane gas, according to Rosend, coal is considered the worst fossil fuel for climate change.

Still, the reason behind the use of coal was the low cost compared to energy sources such as oil. However, as the futures price of crude oil recorded its first negative price in April 2020, oil prices have been declining in recent years, and coal is relatively expensive. It is becoming energy.

As a result, the International Energy Agency (IEA) has announced that global coal demand in the first quarter of 2020 will fall by 8% compared to the same period last year.

Against the intensifying competition in terms of cost, the coal industry is taking advantage of combined cycle power generation, which uses exhaust heat from thermal power generation to generate more energy, making it dramatically more efficient than before. The rising renewable energies are pushing us to a tougher position.

According to Rosend, the cost of solar power generation has fallen to less than one-seventh in the last decade. “Renewable energy does not require fuel costs and can be operated with only the cost of constructing a power plant and the minimum maintenance cost. Yes, that's a huge disadvantage for thermal power plants that cost fuel, 'Rosellund points out. 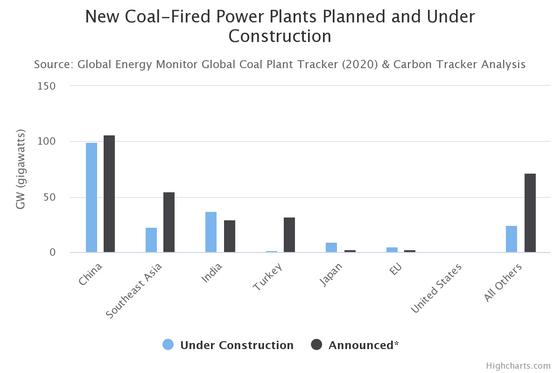 According to Rosend, there are three main factors behind the continued increase in coal-fired power plants in China. The first factor is 'energy security'. China is the world's largest net importer of oil, which relies on imports for most of the oil it consumes, but coal can be produced in large quantities domestically. As such, coal is seen as a means of reducing dependence on energy imports. As the world's largest coal producing country, it employs a huge number of people from mining to operating power plants, so coal-fired power generation has the implication of protecting the domestic economy.

The Japan Agency for Natural Resources and Energy also explained the reason for coal-fired power generation, 'For Japan, which lacks a stable supply of energy resources, it is necessary to use coal to a certain extent.' . “We are facing two major disasters, climate issues and a coal-dependent economy. There is still time to turn this situation around, but coal-fired Investors and governments investing in the construction of the site need to seriously reconsider the risks they are trying to take. '