The Trump administration has declared that 'a state order that infringes on human rights by taking a pandemic is a violation of the constitution', and is ready to take legal action Attorney General William P. Barr, a minister in charge of legal issues in the Trump administration, told local prosecutors all over the United States on April 27, 2020, `` Beware of excessive measures against new coronavirus by state government '' We have issued a memorandum of understanding to do so. It is pointed out that the reason behind this is to eliminate dissatisfaction with prolonged outings and restrictions on meetings. On April 27, Attorney General Barr announced a memorandum on the balance of public safety and civil rights protection. In it, Attorney General Bar said, 'The national crisis on the novel coronavirus infectious disease (COVID-19) has made it necessary to impose extraordinary restrictions on all of our daily lives. Millions nationwide `` Americans have been ordered to stay home and countless businesses and events have been forced to close indefinitely, and we certainly needed these restrictions to stop the spread of life-threatening illnesses. '' He acknowledged that many people are forced to live in a crippled life. In addition, Attorney General Bar said, 'I am now instructing the district attorney to also be aware of state and local orders that may violate the constitutional rights and freedoms of individual citizens. The First Amendment of the United States Constitution and national law prohibit repression of religion.The Constitution also prohibits speech restrictions and undue interference with the national economy. If we deviate from the proper powers to impose the freedom restrictions we need to deal with, the Department of Justice may be liable to address that excess in federal courts, '' said the State. He acknowledged that if the measures against COVID-19 are judged to be inappropriate, he may take legal action against the state.

Attorney General Barr explained the reason for this directive: 'We do not want excessive interference with the significant efforts of state and local authorities to protect the public. But the crisis obscures the Constitution. That shouldn't happen, so we must take care to ensure that the protection of our people is maintained. ”

Behind the announcement of this memorandum is believed to be a sense of crisis to the current situation of growing complaints about the prolonged urban blockade. President Trump has long expressed his concerns about economic activity, saying, 'The public health benefits of curfew orders may not offset the economic losses they cause.' 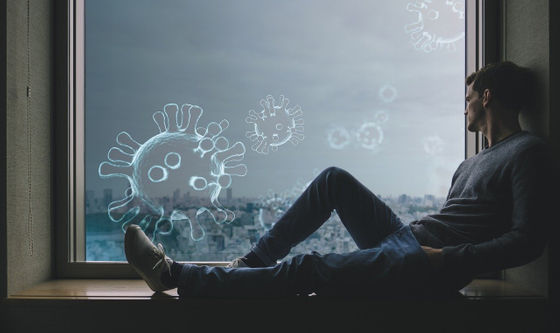 Attorney General Barr said in a radio program broadcast on April 21, 'State restrictions are close to arrest.' In addition, “If I see an excessive response, I am going to put pressure on the governors to make adjustments. If that does not work, and if it develops into a resident lawsuit, the statement written from the standpoint of plaintiffs” I am submitting the letter to the court. ”He is critical of the state's overreaction.

The Department of Justice is actually a city of 500 dollars (about 53,000 yen) for participants of 'Drive-in worship that you can listen to preaching on the car radio while riding in the car' organized by the Christian church in Greenville, Mississippi ) fine a statement condemning the city in the imposed incidents of the

announcement , and has defended the church side complained of a city. In response, Greenville's Mayor Eric Simmons has announced a fine and withdrawal of the ban.

'If the Department of Justice actively responds to too many crackdowns in the Constitution, we will applaud it,' said Attorney General Barre, former lawyer and former House of Representatives, Crete Mitchell. I showed my support for.

On the other hand, there are also criticisms that the Trump administration's response this time uses COVID-19 politically. Anthony Romero, Executive Director of the American Association of Free Human Rights , said, 'If the Justice Department disagrees with the state's legislative mandate on the COVID-19 pandemic, Attorney General Barr respects state rights. You can't say that seriously, 'he condemned the Justice Department and Attorney General Barr.

In addition, there are some repulsive voices from the state. On the website of the Attorney General's office, New York State Attorney General Leticia James said, `` While the Trump administration has failed, the state protects its constitutional rights while at the same time curbing the spread of COVID-19. In addition, the 10th Amendment to the Constitution stipulates that “state powers not delegated to the government are reserved.” Only Attorney General Barr may take legal action to protect the constitution. a statement of the Please note 'that not are preparing announcement , and has launched a sharp counter-attitude. About this Trump administration-state conflict, White House spokesman Judd Deere said, `` The goal is to keep Americans working at their original workplaces and safely reopen sporting events, churches and restaurants. It's something that the president and the governors of each state share. It is only the media who claims that there is a crack or distrust in this cooperation, 'he denied.