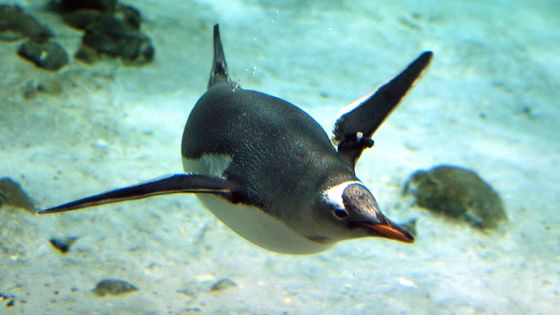 It is known that it is not only human beings who communicate by voice, but also animals such as birds and dolphins communicate by crying. New research reveals that penguins, adorable figures of zoos and aquariums, are also crying when hunting underwater.

New discovery: penguins vocalise under water when they hunt
https://theconversation.com/new-discovery-penguins-vocalise-under-water-when-they-hunt-132527 It is known that penguins communicate with other individuals by barking at land breeding grounds, and

they use barking to identify each other . In addition, penguins have a very good diving ability instead of being unable to fly, and can freely swim around the sea and catch prey such as fish, krill , and squid.

Research teams at the Nelson Mandela University in South Africa, the Paris-Sacre University , and the French Center for Scientific Research (CNRS) put a camera on a penguin to find out if a penguin with a good diving ability would squeal in the water. I attached it and recorded video and audio. Until now, it was difficult to record the sound of penguins swimming around in the water, but in recent years the camera and recording device have become smaller, so it is possible to investigate by attaching a recording device to the penguin. States. 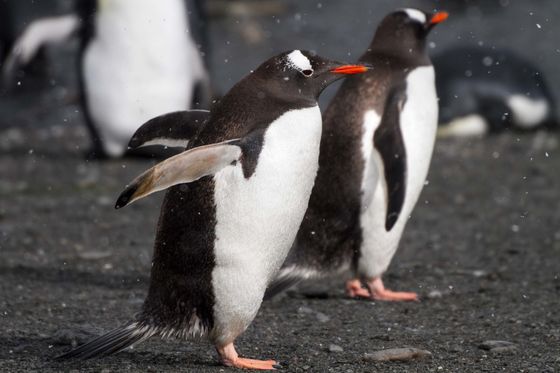 There are three types of penguins equipped with recording devices: Osama Penguin , Macaroni Penguin , and Gentoo Penguin , and the devices were attached to multiple individuals. Of these, the King Penguin dives to a depth of more than 200 meters and mainly eats fish. Macaroni penguins, on the other hand, prefer to eat krill in waters within 10 meters of the surface of the water, and Gentoo penguins have the property of eating various foods at various depths.

By analyzing the data collected by the research team, we were able to confirm 203 'penguin squeals' from a total of 4 hours and 43 minutes of diving video. Of these, 34 were from the King penguin, one was from the macaroni penguin, and the other 168 was from the Gentoo penguin.

The sound of the penguin in the dive captured by the recording device attached to the penguin can be heard around 6 seconds in the image below.


The penguins all screamed in the water were very short, with 73% occurring at the bottom of the dive. Also, it seems that more than 50% was emitted immediately after accelerating to chase the prey or immediately after catching the prey, and it is considered that the penguin's cry is likely to be related to the behavior of hunting the prey .

Also, since the bark was observed in all three types of penguins, the research team argues that other types of penguins may also be making calls. It is also known that a higher number of squeals are recorded when catching fish compared to krill and squid, suggesting that squeaking in water may be more common in fish-eating penguins.

It was previously known that penguins scream not only on land breeding grounds but also on the surface of the water, but some of the research team think that it is unlikely that penguins squeal in the water. I was there. With this discovery, 'How does a penguin cry in a place with high water pressure?' 'Why do you cry underwater?' 'What kind of information is included in the cry?' The research team said that new questions arose, such as 'is the call related to its ability to catch prey?'