more than 42 million copies in five months from its launch The version will appear on March 17, 2020 (Tuesday). Both are based on the concept of tea for adults, which is not sweet, and I tried drinking a little earlier to find out what kind of flavor it is.

'Kirin Afternoon Tea The Meisters Orange Tea' says that you can enjoy both the taste of authentic black tea and the orange flavor. 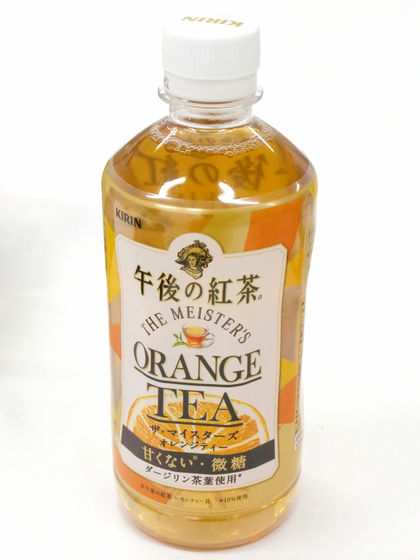 Although it is an orange flavor, it contains no fruit juice and is written as 'no fruit juice'. About 10% darjeeling is used in tea leaves. Raw materials are sugar, tea, etc. The orange flavor seems to be from orange extract. When poured into a glass, the scent close to orange juice spreads. 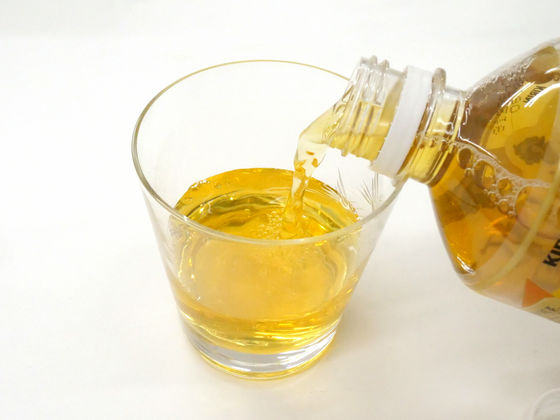 When you take a sip, the sweetness and aroma of orange spread first, and the scent of black tea is slightly felt in the back mouth. The sweetness is modest and refreshing, there is almost no astringency of tea, and it is a finish that can be drunk by people who are not good at tea. It tasted like 'tea flavored orange juice', and was similar to 'tea flavored apple juice' from ' 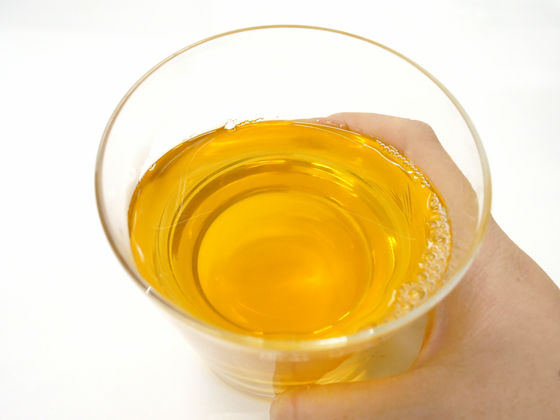 Uba tea leaves in the renewal. 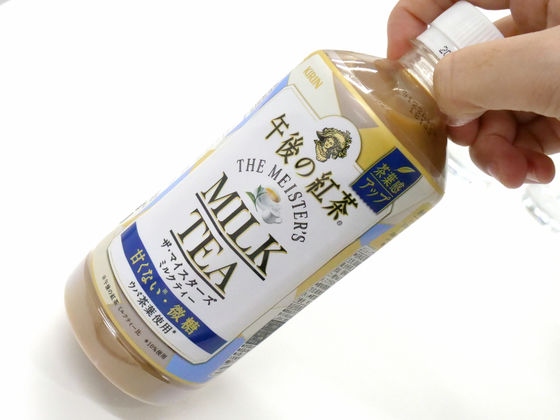 Uba tea leaves account for about 10% of the total tea leaves. Comparing the package after the renewal (left) and before the renewal (right), the character and layout of 'Up Tea Leaves' were different. 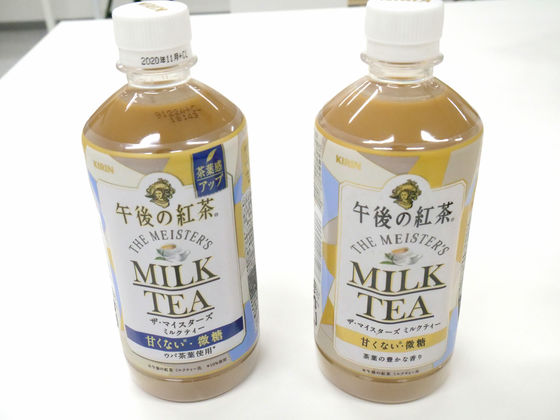 If you look at the calories, after renewal (left) is 17kcal, before renewal (right) is 19kcal, calories are lower after renewal. The total calorie after renewal is about 85kcal because the content is 500ml. 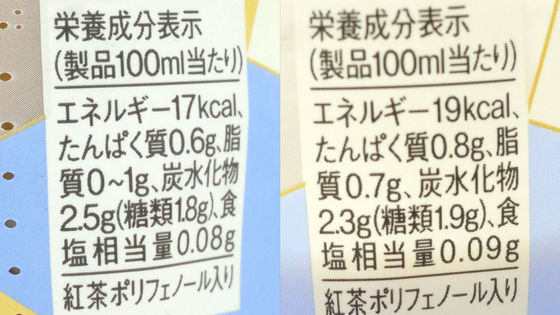 When poured into a glass, the color of the drink is almost the same. 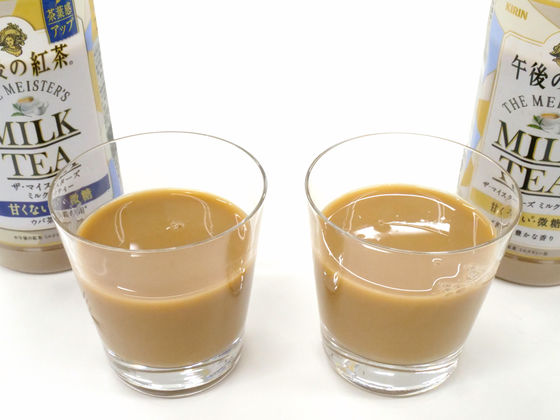 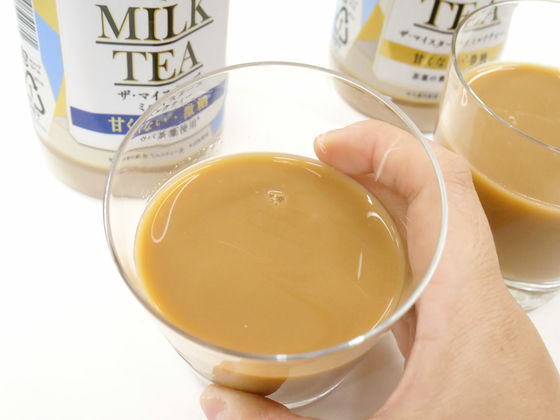 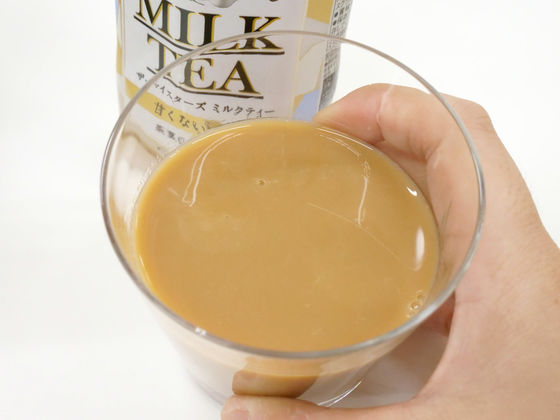 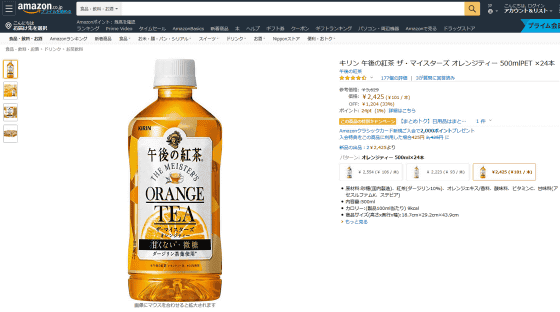 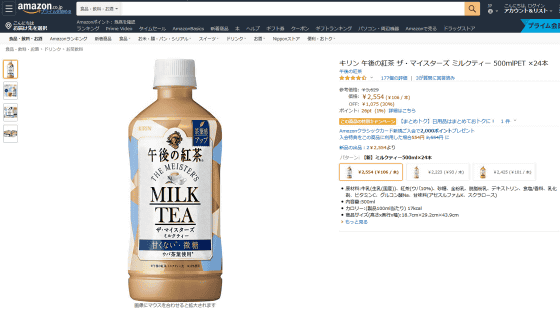