Mellow flavor and bitter as burnt to the sweetness of the caramel of butter scent a 'butterscotch source', 'butterscotch latte' mellow sweetness combined with freshly extracted espresso and steam milk 'butterscotch Coffee Jerry Frappuccino 'has appeared at Starbucks on Friday, March 13, 2020.

Starbucks Reserve Roastery with roasting factory It is said that the popular latte in Tokyo can now be enjoyed in Starbucks nationwide, so I immediately drank it at a shop. In front of the shop are two new products using butterscotch sauce. Immediately after ordering, I received a photo and a drink that I couldn't help. In all cases, tall size is ordered. That's about as much as the 123.8mm long iPhone SE. On top of the thickened whipped cream is plenty of butterscotch sauce. Plenty of butterscotch sauce on the side of the cup. There is also coffee jelly on the bottom. When drinking with a thick straw, a lot of coffee jelly comes into your mouth. The base is a milk type that does not feel much coffee, but the jelly gives a firm coffee bitterness and flavor, so the mouthfeel is like milk coffee. The addition of butter richness, caramel flavor, and a slightly salty butterscotch sauce add caramel frappuccino as a whole, but a richer dessert drink was completed. 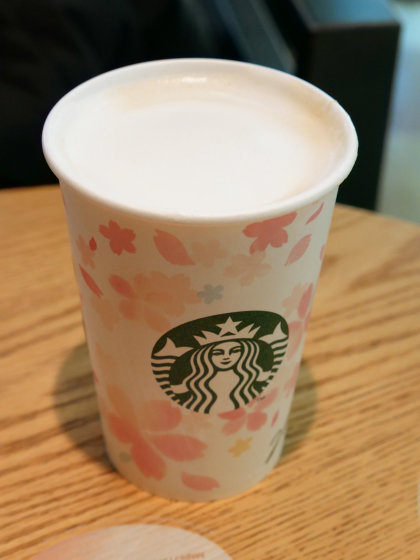 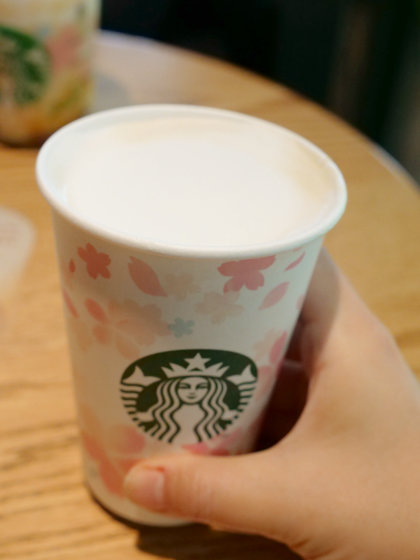 Opening the lid looks like this. It cannot be determined from the appearance. ... but the taste is slightly different. Almond Milk Latte combines espresso with Starbucks original almond milk. Starbucks latte retains its relaxed mouthfeel, but is different from milk and soy milk. 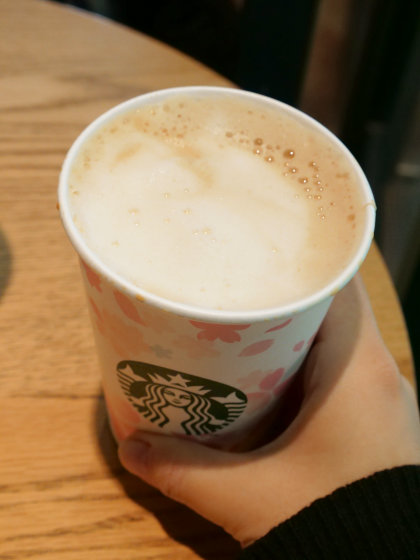 Oats milk latte uses 'oats milk' born from oats, and has a unique fragrance and a stronger natural sweetness than almond latte. Oats milk and almond milk are likely to be Starbucks's classic items, so it's a good idea to try them when you want to change your mood. 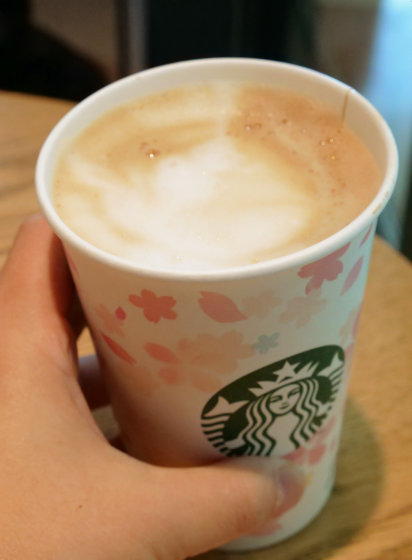