'Ampere' is a semiconductor company founded in 2018 by former Intel president Renee James and others. Enters the ARM-based server processor market. 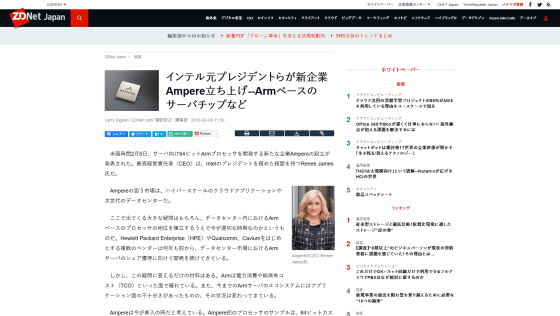 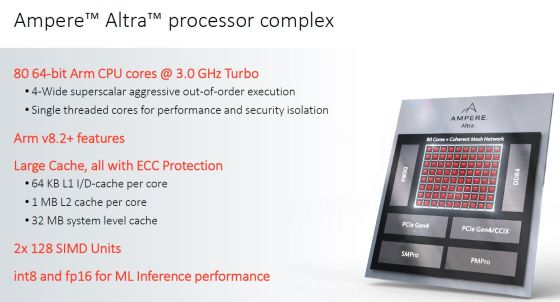 SMT included in Intel and AMD server processors. This will enable consistent performance design and reduce the impact of errors such as cache misses. In a cloud service that operates multiple virtual containers on a single server, this reduces noise between virtual containers. 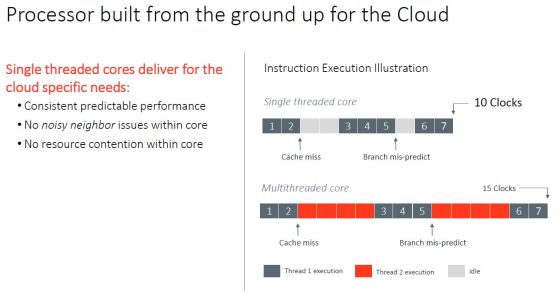 As for memory, DDR4-3200 memory is supported up to 4TB. The clock frequency is higher than DDR4-2933, which is supported by Intel's second-generation Xeon scalable processor, and it supports 33% more 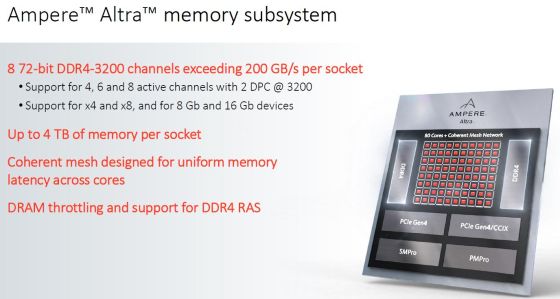 As for PCIe bandwidth, PCIe Gen4 can use up to 128 lanes with one processor and 192 lanes with two processors. AMD's 'EPYC Rome' can also technically use 192 lanes, but officially only supports up to 160 lanes . 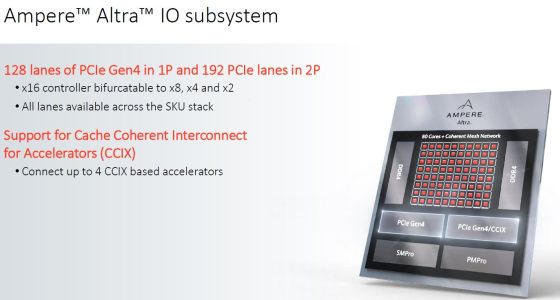 According to Ampere, in the benchmark package '

SPEC CPU 2017 ', Ampere Altra is equivalent to EPYC 7742 and boasts more than twice the performance of Intel 'Xeon Platinum 8280'.

Dividing the benchmark value by

TCO and looking at the balance between performance and cost, Ampere Altra 41% compared to EPYC 7702, 63% compared to Intel's 'Xeon Gold 6238R', Xeon Platinum 8280 Compared to 296% cost, benchmark performance is good. 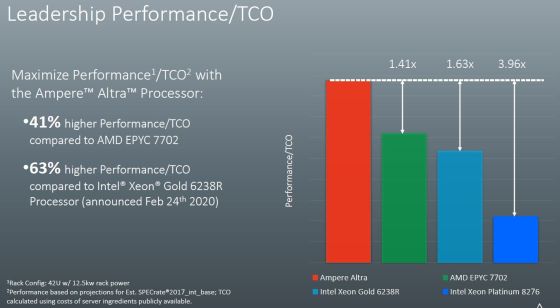 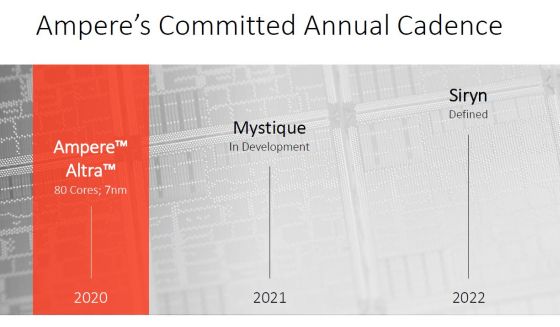 AMD is planning to release a processor using a new generation architecture called codename `` Milan '' in the latter half of 2020, while Intel has also announced Ice Lake and Cooper Lake generation Xeon, Ampere Altra said that AMD and It is said that it can compete with Intel's next-generation processor.