What should we do to make elderly people use smartphones? 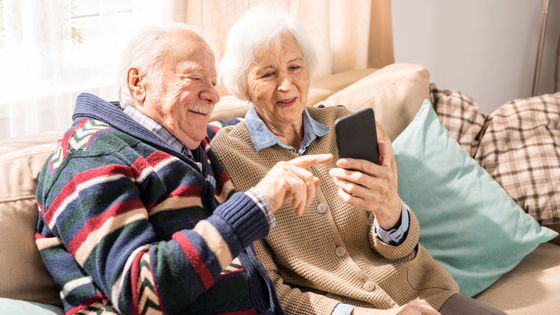 Focusing on Smartphone Penetration (PDF file) According to a 2016-2017 survey , 82% of Australians in the age of 55-64 have a smartphone and 78 in the age of 65-75. %. However, another study of the elderly's smartphone proficiency found that many elderly people were 'not confident in using digital devices.' So Torgeir Aleti, a researcher at Marketing at Royal Melbourne Institute of Technology, conducted a questionnaire asking who to ask for help when the elderly were having trouble using digital devices. As a result, 44% of the elderly responded, 'First, seek help from an adult child.' However, many elderly people who asked their children how to use digital devices replied, 'Children do not patiently teach how to use and do not feel willing to teach at all.'

Also, some of the elderly people do not want to think that they are mechanical sounds that can not do anything alone, and from the idea that they do not want to quarrel with children and cause discord between families And avoid asking their children how to use digital devices. Aleti commented on these results, 'It seems a lot of trouble for non-digital natives to learn the fastest-growing technologies and new apps.'

For non-child options, 15% of seniors say 'professional advisors,' 13% say 'spouse,' and 8% say 'friends.' Spouse and friends are also often older So most of the advice didn't help much. Elderly people weren't very happy with the advice from advisors at electronics stores, as they would try to buy products if they could. 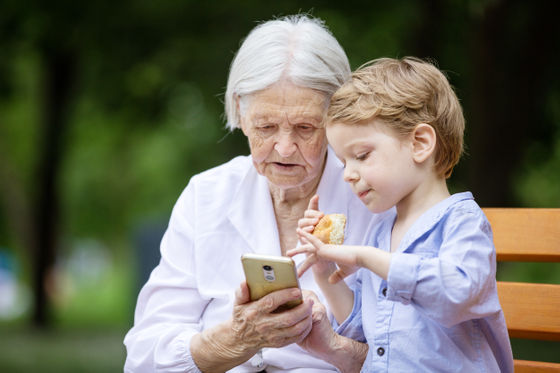 However, when delving into the actual situation in detail, it turned out that there is a tendency that 'grandchildren will operate the device without permission and the problem will be solved soon after the grandparents learn how to use it'. Aleti's research ultimately concluded that 'nobody is the right person to teach the elderly how to use digital devices.'

So, Aleti offers the following advice to those who are close to the elderly.

◆ Send a YouTube link
According to Aleti, the YouTube commentary movie is a great way to teach seniors how to use digital devices. A 77-year-old Peter who answered the questionnaire replied, 'If you only have the YouTube app, you can watch YouTube, and you can pause and rewind, so it's perfect for studying at your own pace.'

◆ Recommend computer classroom
Local libraries and educational institutions regularly hold computer classes for the elderly. According to Aleti, 'Classes in computer classrooms and the like are a good opportunity for older people to develop skills in an open and social environment, so they can maintain their independence and remove the pressure on learning. Will help. '

Aleti says, 'We have the latest technology devices that are benefiting from the former, driven by the information revolution , but the rapid technological advancement has Along with the aging society, it is becoming a serious problem now, '' he said, in order to protect the independent life of the elderly, it is essential to have IT skills acquired. .