`` Ghost in the shell SAC_2045 '' trailer released, the public cast 9 members are in charge of the original cast 
Due to the nature of the organization, Public Security Division 9 will be involved in various widow. This time, it seems that all members will fight against enemies that instantly hack the cyber brain. Daisuke Aramaki, Manager of Public Security Section 9 (voice: Shu Shu). The members of the Public Security Section 9 are basically the same cast in the theatrical version released in 1995 and the TV animation `` STAND ALONE COMPLEX '' series developed from 2002, but only Aramaki, the movie version is Tamio Oki, `` STAND ALONE Mr. Osaka is in charge of the 'COMPEX' series and later. 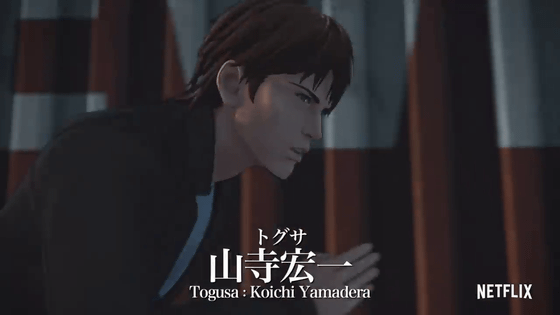 Directed by Kenji Kamiyama who worked on the 'Ghost in the Shell STAND ALONE COMPLEX' series and Shinji Aramaki known for 'APPLESEED' and others. Animation production is a collaborative style of Production IG and SOLA DIGITAL ARTS. From April 2020, it will be exclusively distributed worldwide on Netflix.