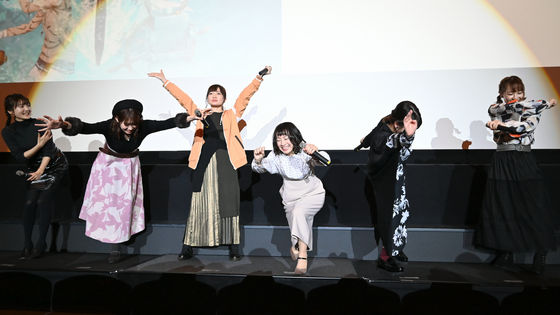 Following the TV animation and OVA, the stage greeting for the second week of the release of `` Theater version High School Fleet '' released from Saturday, January 18, 2020 will be held in Umeda Burg 7, the role of Akino Misaki and

Starting with the stage greeting at Shinjuku Baltic 9 on the first day of the release, the stage greetings for 'High School Fleet Theatrical Version' have been held eight times and fifteen times with members being replaced, and this is the ninth place. 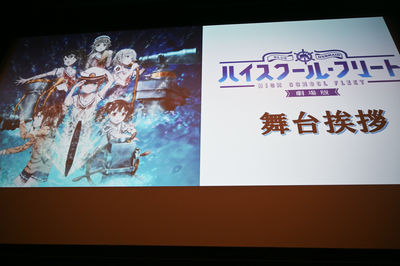 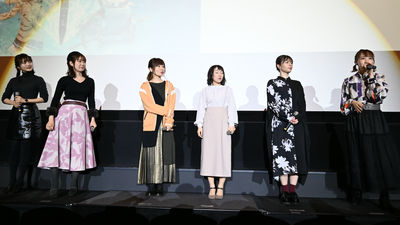 A stage greeting with Kurose-san, Natsukawa-san, a full-time greeter, said, 'Everybody, Yosoro.' Naturally, the customers were blown away with 'Wow' after this attack.

Lynn and Natsukawa are excited to say 'Wow!' 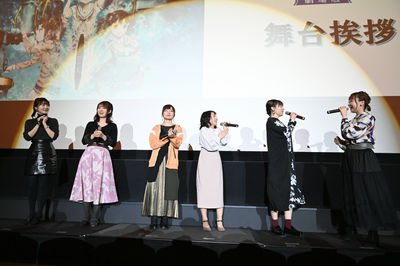 Tanezaki-san and Furuki-san showed two short contests at the “Meitama” combination. An act that surprised me, 'When did you meet !?' 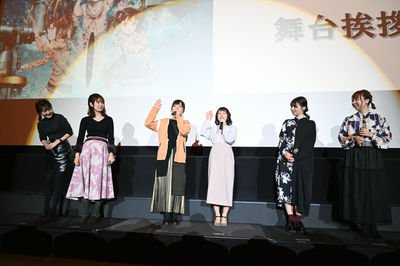 'Keita was a combination, but I can do a combination art by myself' to receive this trend, says Kurose, who plays a solo play while Coco is making it. 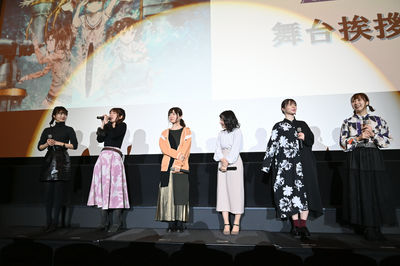 Kubo, who became a bird, was born in Nara, so he steered as he aimed at the audience at 'When there is a pretend' like a commercial meat shop CM. 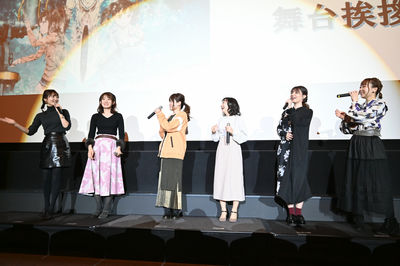 With the 9th stage greeting, the first time the key visuals lined up with the bridge personnel, Furuki-san and Rynn riding together with their characters, saying, 'Finally?' 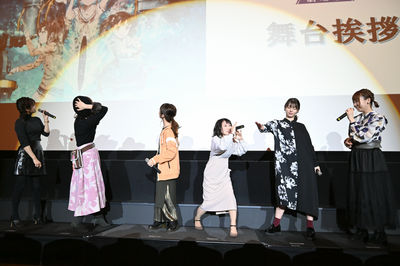 The visual looks like this. Since Akeno poses only with a hat, it's a pity that it becomes air. The topic of the talk is about post-recording where many casts naturally gathered. According to Natsukawa-san, there were 55 cast members alone, and the number of staff also increased due to the theater version, so the studio floor was about to fall out. Furugi described the density as 'even the air was thin.' However, despite being such a large number of casts, it was said that the recording was almost almost complete, except for those who did not have the convenience of the schedule, he told me that a realistic interaction was recorded . Every time after dubbing, everyone checks the terms, etc., but according to Lynn, if you think you got used to it through the TV series, it was 'not yet.'

Kurose argued, 'I have something to say about numbers!' The relevant numbers are quite relevant to the basics, and the stage greeting was conducted before the screening, and the specific numbers were hidden, but compared to the TV series, 'What? 'What?' If you notice it, it says, 'If you notice it, the first grade of the pretend test,' so if you're a person, just look for what the number Kurose says.

In addition, the numbers seemed to be the point of distress, and Natsukawa commented, 'Sometimes' 20 'is' Niji 'and sometimes' Futamaru '.' He said that checking the intonation of these numbers and terms such as 'captain', 'rudder' and 'steering' is like 'the site of' Haifuri ''.

In the corner where I talked about the highlights of myself, they said, 'If you put them into words, you could spoil yourself unnecessarily.' There is a possibility that unseen people may not be able to tell what kind of scene it is, but whether it is a part of the event `` competition game '' that added a cultural festival and a sports festival or a part of a naval battle, the highlights are enough for each So it's ant to check to see which scene six people were pushing. 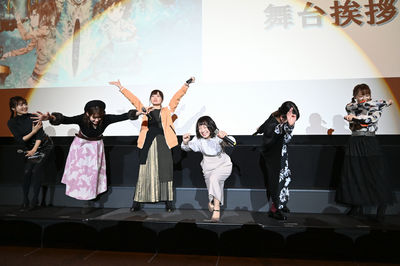 In the photo session, he chose a pose that was “yosoro”. 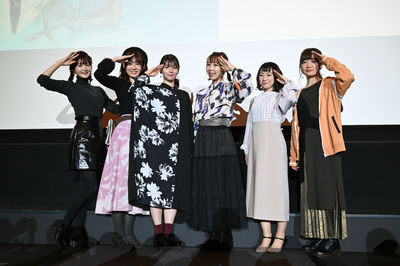 In the short message section, it was revealed that Tanezaki and Furuki had earrings and nails together ... 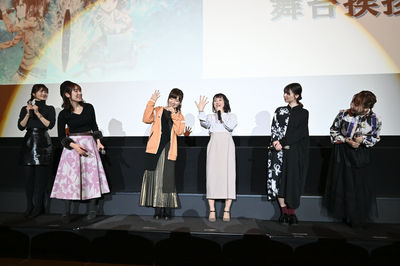 A fluttering figure was seen as Meitama until the end. 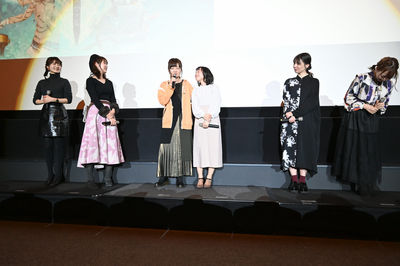 'Theatrical version High School Fleet' is being acclaimed. As a bonus for the 2nd week visitors, the movie version of the previous day's manga 'Movie Haifuri EX1', which is drawn down by Mr. Abe considerably from January 25 (Saturday), is being distributed.

#High school fleet
Thank you for coming to the stage greeting at Umeda Burg 7 and watching.

It was good to be able to show the story at Meitama Combi.
Drill sensation! https://t.co/zVkeDxkh2g

I am always impressed with the customer's ability to respond at the beginning of the greeting (^ o ^)
Osaka was amazing too ...
Thank you very much! !

Thank you for the stage greetings in Osaka and Nagoya ????????

The stage greetings for all members of the bridge were very fun.
Continue # Haifuri thank you! # Picstwitter.com / QPcykSDPGZ