It turns out that parasites manipulate rat anxiety and disgust 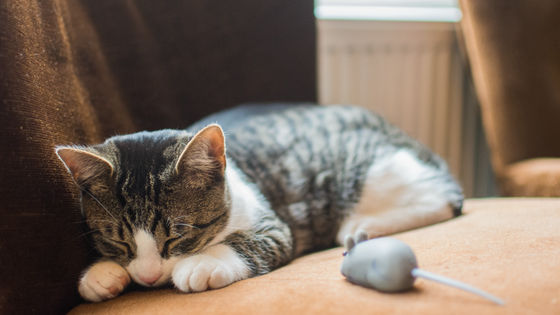 Previous studies have shown that Toxoplasma , a parasitic protist, loses its host's 'fear of predators' by infesting rodents. However, according to the latest research published on January 14, 2020, rodents infected with Toxoplasma did not lose `` fear of predators '' but rather `` general anxiety '' and `` It has been shown that you lose your “aversion to threats”. 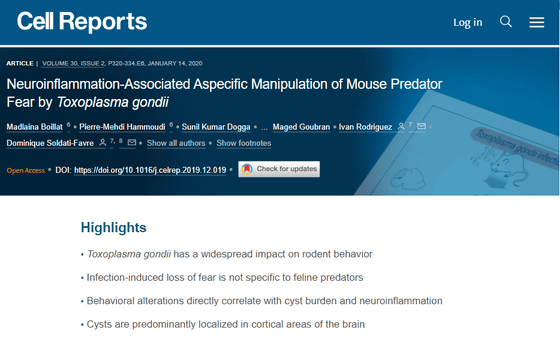 Toxoplasma is a unicellular parasite that parasitizes constant-temperature animals, including humans, and causes the protozoan infection ' toxoplasmosis '. More than 40 million people in the United States may be infected with Toxoplasma, because Toxoplasma can stay in the host for long periods of time. In addition, toxoplasmosis can cause fetal death if it is first infected during pregnancy. Toxoplasmosis also poses a threat to people with compromised immune systems, such as those infected with HIV. It seems that about 30% of the world's population may be infected with toxoplasma, and toxoplasmosis is also a risk factor for mental illness such as schizophrenia, parkinsonism, bipolar disorder, traffic accident and attempted suicide There is also.

A team from Ivan Rodriguez at the University of Geneva, who studies toxoplasma, published the latest research results on toxoplasma in the academic journal Cell Reports .

'For the past two decades, Toxoplasma has been used as a demonstration of the parasite's specificity. Infection with Toxoplasma has altered the behavior of rats. It has been thought to be about 'fear' of cats, but it is not the only thing: (infection with toxoplasma) can cause major changes in the mouse brain itself, affecting various behaviors and nervous functions. It has been suggested. ' 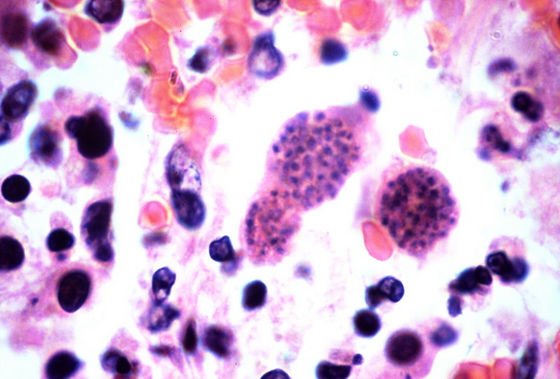 `` Our first idea was to investigate the molecular mechanisms behind behavioral changes (caused by infection with Toxoplasma), '' said Dominique Soldati Fabre of the University of Geneva, who worked on the latest Toxoplasma study. However, we have decided to reevaluate the doctrine of the changes that occur in rodents infected with Toxoplasma, given the multiple conflicting results reported so far. ' Mr. Pierre Medi Hammoudi, who participated in the experiment, said about the experimental results that `` Toxoplasma changes the behavior of the host is that ((Toxoplasma) targets only neural circuits that respond to predators) This contrasts with the idea of '', and emphasized that the results were different from the results of conventional research. In addition, the group used lightsheet microscopy to accurately map 3D the distribution, size, and cyst tissue throughout the brain with unprecedented levels of high resolution. The subjects of the survey were mice infected with Toxoplasma for 10 to 12 weeks. As a result of the investigation, it was reported that the toxoplasma in the cerebral cortex of the mouse brain, which is particularly involved in the processing of visual field information, was filled with high density. However, the number and distribution of cysts vary greatly from mouse to mouse, suggesting that the infection and dissemination processes vary from individual to individual.

Additional analysis also shows that the severity of behavioral changes induced by infection with Toxoplasma is related to the amount of cysts and neuroinflammation. 'In summary, Toxoplasma does not 'directly interfere with specific neuronal populations' but 'changes the behavior mediated by neuronal inflammation', and this response is not a simple on-off system,' said Rodriguez. When studying the effects of Toxoplasma on the host in the future, chronic infection levels must always be considered. '

The research team will further study how neuroinflammation alters behavioral characteristics such as anxiety, sociability, and curiosity.