What kind of work was the cover of the anime magazine in 2019, new type &amp; animage &amp; anime media annual cover summary Code Geass: Lelouch of the Resurrection ', May issue ' Sound of the Movie! Euphonium-Finale of Oath- ', June issue ' Bungo Stray Dogs ' ◆ Animage
The cover of the Animage 2019-January issue is like this. There are many character covers, and only the September issue of Kotaro Tatsumi (Zombie Land Saga) decorated the cover with pins. 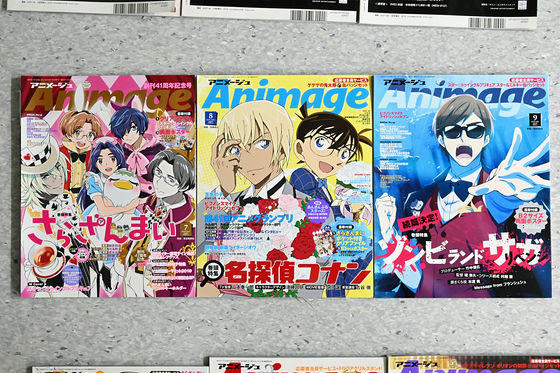 The back cover looks like this. Of the 12 books, only two were W-cover specifications. The W cover was the July issue of “ 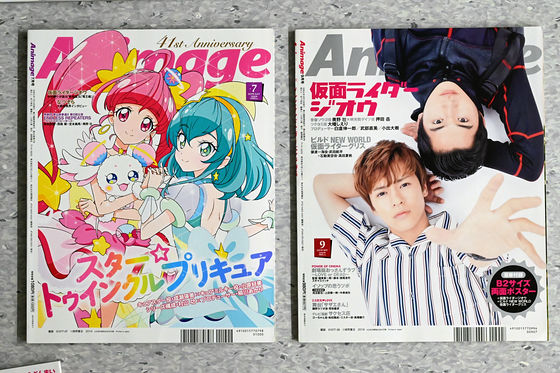 Spine. Below the magazine name logo is a special feature of that issue, and only the August issue has been announced as the Anime Grand Prix. 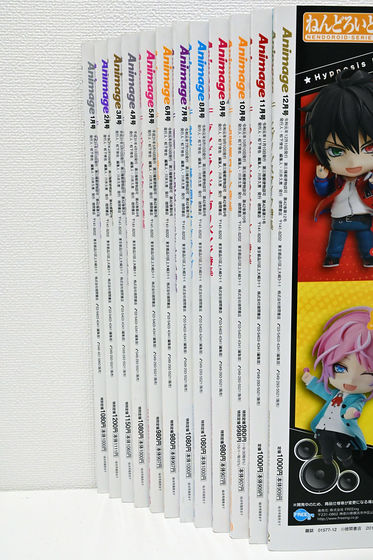 ◆ Animia
The last is the January-December 2019 issue of Animedia. As with Animage, many characters are drawn in many cases, and only the March issue of Haruka Nanase (Free!) In the cover was decorated with pins. 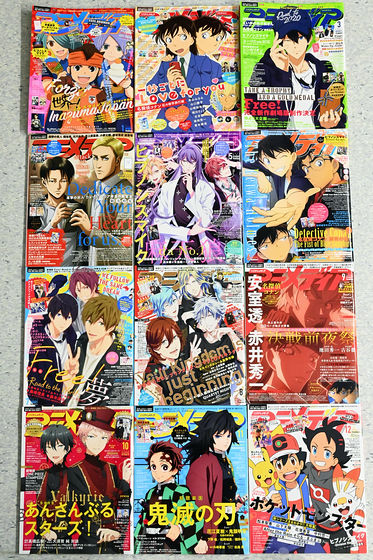 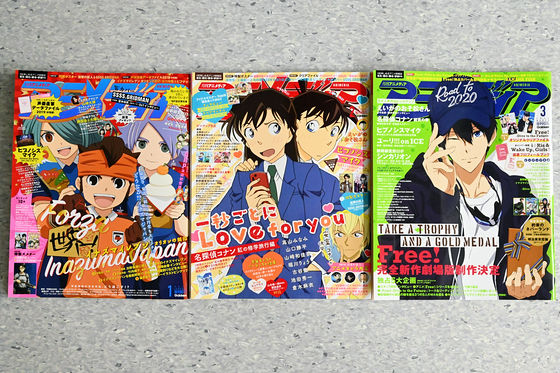 In addition, 11 of 12 books had W cover specifications. The back cover of the April issue ' 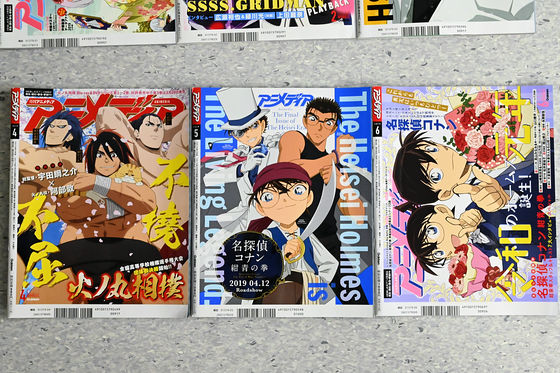 Back cover of July issue ' Back cover of October issue ' ◆ Summary of works on the cover
The following table summarizes what kind of works were available. The cover was most frequently displayed by 'Detective Conan' (including the movie) five times, followed by 'Hypnosis Mike' four times, and 'Devil Blade' and 'Free!' Twice. If you include the back cover, 'Detective Conan' will increase to 7 times. The cover of the new type is quite unique, and it did not overlap with other magazines except for the July issue of 'Devil's Blade' appeared in the November issue of Animedia. In addition, Promea, which was an unusual hit as an original theater work, did not appear on the cover of each magazine.