It turns out that chimpanzees start dancing naturally when music flows, males dance more than females Research has shown that not only humans, but also chimpanzees, naturally dance to music. It is the first time non-human primates have been shown to dance to music. 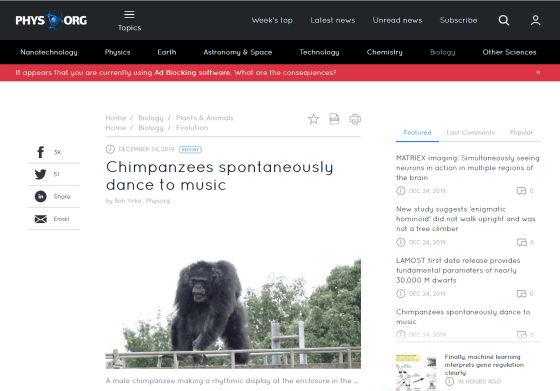 This was revealed in a paper published by the bulletin of the National Academy of Sciences (PNAS) by Yuko Hattori and Masami Tomonaga of the Primate Research Institute at Kyoto University.

The act of dancing to music has been confirmed in humans and in animals such as parrots in past research. For chimpanzees, studies have shown that dance-like movements occur when it rains or when they are near a waterfall, but non-human primates tune to music. It is the first time that a dance action has been confirmed.

Researchers were initially experimenting with teaching adult female chimpanzees beats. Although the experiment was unsuccessful, researchers noticed another nearby chimpanzee dancing while teaching the chimpanzee beats. When I played music to a group of chimpanzees, it was shown that the chimpanzees responded to the music in a dance-like manner. Overall, males tend to dance more than females.

Chimpanzees behaved differently, some shaking their body back and forth and side to side, while others hit the walls, hit the feet, and made a voice.

Researchers then isolated a male called Akira and listened to bass piano music and random music for 24 days. As a result, it turned out that Akira dances to music regardless of tempo. You can see how the chimpanzees are actually dancing from the movie on the following page. 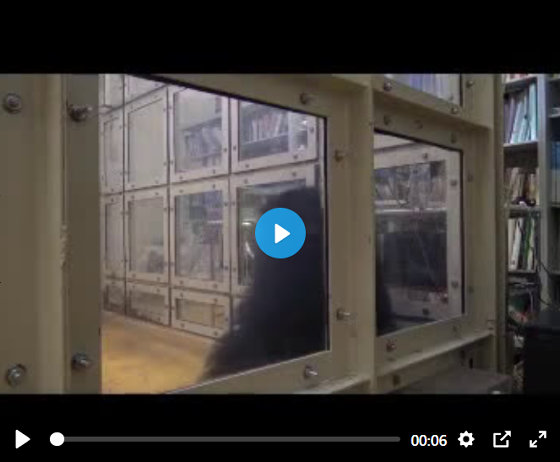 Males were more likely to dance than females because wild males behaved to sound and protect their territory, so males developed communication through sound and were more sensitive to auditory stimuli It is thought to be a benefit. It is not clear why music makes chimpanzees dance, but researchers expect that further research will reveal the evolution of dance in humans.