What is the danger of fermented foods that should be healthy to harm the human body? Kombucha, kimchi and yogurt: how fermented foods could be harmful to your health
https://theconversation.com/kombucha-kimchi-and-yogurt-how-fermented-foods-could-be-harmful-to-your-health-126131 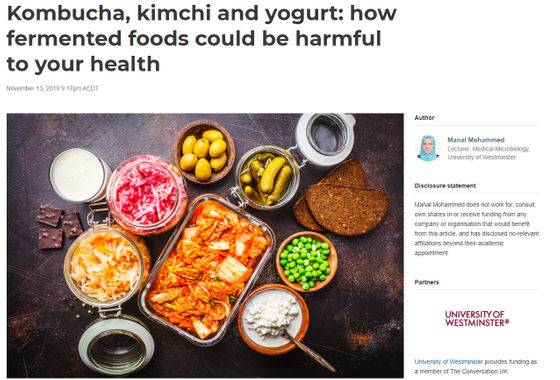 Many fermented foods have many

health benefits because nutrients such as vitamins are synthesized and harmful substances are removed during fermentation by useful microorganisms ( probiotics ). It is. Among these foods are Kefir , overseas called Kombucha, black tea mushrooms , sauerkraut , tempeh , natto, miso, kimchi and sourdough bread . However, in some cases, it has been found that the following six health hazards and side effects may occur.

◆ 1: Excessive abdominal fullness
If you eat fermented foods, even healthy people may get stuffy. This is due to the excessive production of gas as a result of the activity of probiotics in fermented food in the intestines. Probiotic activity is basically good because it reduces harmful bacteria in the intestines, but for some people, a large amount of gas can make abdominal pain so severe.

◆ 2 ： Headache
Yogurt, sauerkraut, kimchi, etc. contain biogenic amines generated as a result of probiotics breaking down proteins. Since these amines act on the nervous system and cause an increase in blood pressure and headaches, the (PDF file) report of the Tokyo Metropolitan Institute of Health and Safety states that the toxicity of amines is clear. . ◆ 3: Histamine intolerance
Among the amines mentioned above, histamine is a substance that can cause allergic diseases and food poisoning.It is itchy, headache or migraine, runny nose (rhinitis), redness of eyes, redness, hives, diarrhea, nausea.・ Causes vomiting and other symptoms. Many people have enzymes that metabolize histamine, but some have histamine intolerance who do not have enzymes, so in addition to the above symptoms, these people have asthma, hypotension, arrhythmia, and circulatory failure.・ You may experience sudden psychological symptoms (anxiety, aggression, dizziness, reduced concentration, etc.) and sleep problems. Because histamine is contained not only in fermented foods but also in fish that have fallen in freshness, people who say that they have eaten fish dishes with other people and have developed urticaria on their own are not resistant to histamine. There may be a trend.

◆ 4: Food poisoning
Organic acids and alcohols produced by probiotics during the fermentation process act as natural preservatives and prevent the growth of harmful microorganisms. However, depending on the production process and storage conditions, harmful microorganisms may enter and cause food poisoning. For example, in the United States, food poisoning occurred in 2012 due to tempeh that was not pasteurized, and a total of 89 people were infected with Salmonella . In South Korea, large-scale food poisoning caused by kimchi contaminated with E. coli in school meals has occurred continuously in 2013 and 2014 .

◆ 5 ： Probiotic symptoms
The above food poisoning is caused by harmful microorganisms mixed in fermented foods, but there are also cases where probiotics are the direct cause. For example, a study conducted in 2017 reported that a lactic acid bacterium caused a 65-year-old diabetic patient to have a bacteremia with bacteria in the blood and a liver abscess that itched the liver . Therefore, it is recommended that fermented foods should be avoided for pregnant or breastfeeding women and those whose immunity has been reduced due to aging or illness. 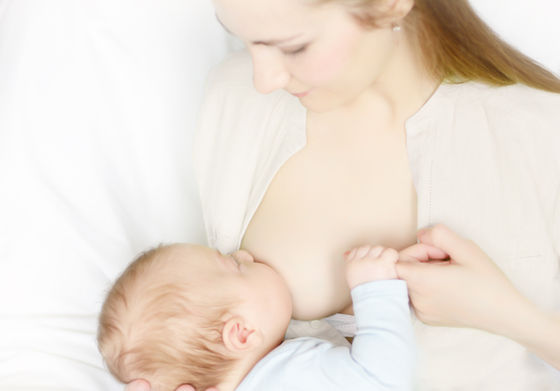 ◆ 6: Occurrence of drug-resistant bacteria
Genes are not only inherited from mother cells to daughter cells, but “gene uptake” occurs between individuals and between other organisms. This phenomenon is called horizontal gene transmission . A study in June 2019 confirmed that six types of probiotics in fermented foods are resistant to antibiotics, but when horizontal gene transmission occurs, probiotics can be transformed into harmful microorganisms. There is a risk of inheriting antibiotic resistance.

From these examples, Manal Mohammed, who is studying medical microbiology at the University of Westminster, said, “Eating fermented foods has many benefits, but not everyone can benefit. People can eat fermented foods, but some suffer serious health problems. '