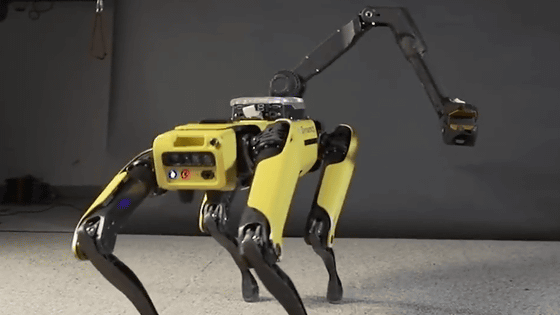 The Massachusetts police bomb handling team in the United States was reported to have begun piloting the Boston Dynamics quadruped robot “ Spot ”.

“Spot” provided by Boston Dynamics is a quadruped walking robot that can be operated remotely while checking images with a camera, and “open the door” with a robot arm. In addition to its capabilities, Spot has been a hot topic because of its “feeling” and movement.

Commercial sales of the topical quadruped walking robot `` Spot '' finally started, and an eerie promotional movie is also being released-GIGAZINE From August 2019 to November 2019, the Massachusetts police bomb handling team borrowed the Spot in a lease agreement and conducted various tests. Details about the exam have not been disclosed, but a Massachusetts Police spokesman said, “Obtain a picture of a device that may be dangerous to humans and where an armed suspect may be lurking. We have already announced that we have used Spot in two cases.

With respect to the police to operate the Spot, the sniper offenses continued to be barricaded after shot and killed five police officers, that the police of Dallas, Texas has Bakusatsu is fed into the non-military robot which gave the explosives

case from such , “Discussion on robotic weaponization” is in conflict. Spot has an open source API that you can customize yourself. Therefore, there is a suspicion that 'Spots should be armed and have the ability to kill.'

`` The police are trying to send Spots to places of concern such as chemical spills and bomb installations, '' said Michael Perry, vice president of business development at Boston Dynamics. The contract with the police is limited to leasing so that is not weaponized. ' According to Mr. Perry, the lease contract includes a clause that 'does not operate in a way that physically hurts or threatens humans', and if it violates this clause, it will stop lending Spot. The Massachusetts police commented, “There is no fact that we have robotized weapons including Spot.” 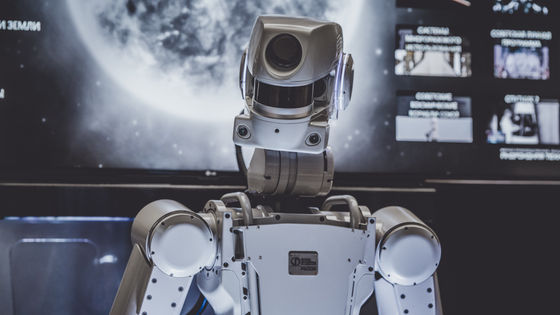 On the other hand, there are also voices saying that the terms of lease contracts are not enough. Cade Crockford, director of science and technology in the liberty program of the American Free Human Rights Association (ACLU) , argued that `` police authorities should announce policies on how to operate robots '' Should be enacted. '