Apple is hiring a `` professional negotiator '' for President Trump to avoid tariffs on iPhone etc. 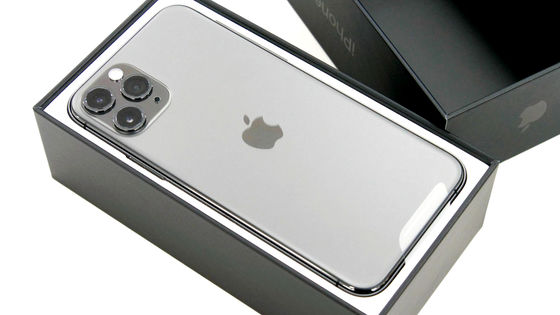 Apple has hired one of the closest officials to President Donald Trump and is lobbying to avoid tariffs when importing Apple products from China etc. to the United States, news media

CNBC reports It is.

Apple hires pro-Trump lobbyist as it tries to avoid tariffs on iPhones
https://www.cnbc.com/2019/11/14/apple-hires-pro-trump-lobbyist-as-it-tries-to-avoid-tariffs-on-iphones.html CNBC reports that Apple has hired Jeffrey Miller, a well-known President of Trump, and his team to lobby to avoid customs duties when importing Apple products. According to CNBC, Miller's company has started lobbying related to Apple since October 2019 and has also signed public reports. It's unclear how much Miller is rewarded for lobbying, but according to Center for Responsive Politics, an American political fund monitoring organization, Apple It is said that they spent more than $ 10,000 (about 600 million yen). Usually, most of these funds will be paid to lobbyists in the company, but in 2019 Apple is reported to be 'helping 4 organizations outside the lobby for help.'

Mr. Miller wants Mr. Miller to `` request that the US government not include Apple products in the new tariff that may be activated by December 2019 '' due to lobbying is. Apple has worked with the Trump camp to ensure that Apple products and parts are not subject to customs duties. In addition, CNBC seems to have asked Apple and Mr. Miller for comments, but at the time of writing the article, it was said that neither received an answer.