It is difficult to play with the maximum resolution &amp; maximum setting of PC version RDR2 even with the top grabber of more than 150,000 yen The PC version of the popular title ``

What is the game of 'Red Dead Redemption 2', which has been the hottest record of sales on the 3rd day after release, and that many Americans were absent from the company on the release date, and the media around the world highly appreciated You can tell if you read the following review article. 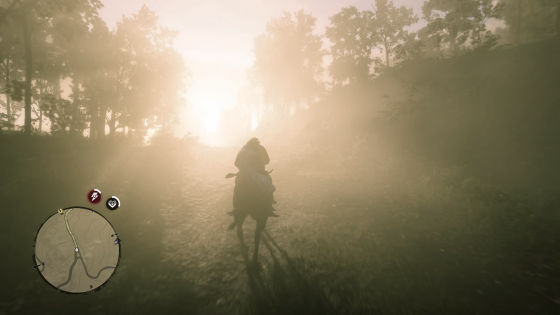 Several overseas game media experienced 4K / 60fps demo play before the release of RDR2 for PC and praised the graphics. However, the setting at the time of demonstration play seems to have been 'mixed setting of' MEDIUM 'and' HIGH 'with a resolution of 3840 x 2160 (4K)', 'It is not that you are playing with the screen rendering set to the highest quality Polygon wrote.

To play the PC version of RDR2 at the highest setting possible, NVIDIA renders the resolution at about `` 3264 × 1836 '' or `` 2880x1620 '' and upscales to 4K resolution using the upscaling function of GeForce Experience Is recommended. In addition, NVIDIA has released the Red Dead Redemption 2 Game Ready Driver , which is a game driver for PC version RDR2, which can be used to optimize performance and to sharpen images via NVIDIA's control panel. It is recommended to perform ning and ultra-low latency rendering.