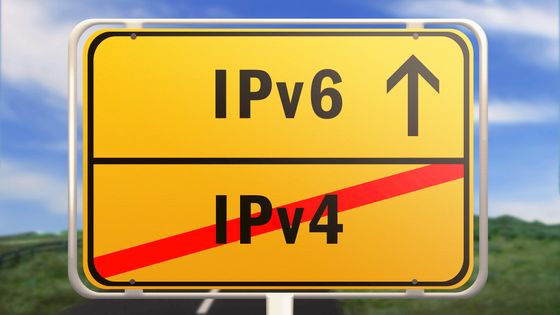 The European IP Resource Network Coordination Center (RIPE NCC) , which is responsible for IP address assignment in Europe , announced that “IPv4 addresses will be exhausted in November 2019”.

This Time, There Really Are NO IPv4 Internet Addresses Left-ISPreview UK
https://www.ispreview.co.uk/index.php/2019/10/this-time-there-really-are-no-ipv4-internet-addresses-left.html 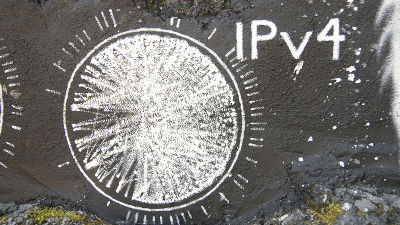 However, RIPE NCC announced on October 2, 2019 that `` the remainder of the spare IP address is about to cut about 1 million '', and if allocation proceeds at this speed, it will be completely depleted in November 2019 He showed that he was certain to do.

The graph below shows changes in the remaining IP addresses announced by RIPE NCC. `` IP address controlled by RIPE NCC '' shown in dark blue is exhausted at the beginning of 2018, and `` spare IP address that can be used after being returned '' shown in light blue remains You can see that it is only a few. 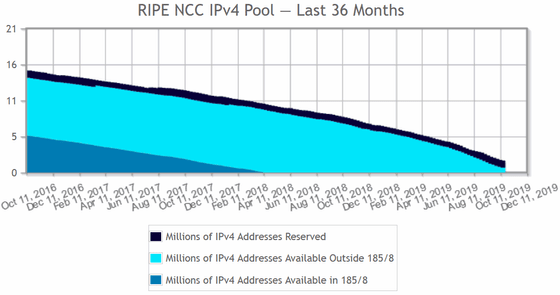 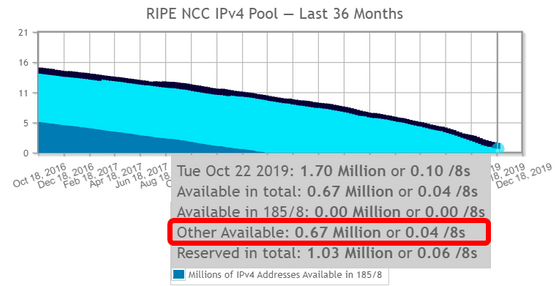 A spokesperson for RIPE NCC told an interview with ISPreview UK, a news site for ISPs: “The spare IP address is expected to bottom out in November 2019. `` We will create and assign the returned used addresses one after another, but we see that there are only a few hundreds of them at the most, '' he said. did.

At the same time, “There is no expectation that the Internet will suddenly collapse one day just because the IP address has been depleted for some time and preparations have been made systematically. There is no doubt that the network is overloaded. '

In 1999, IPv6 addresses were developed in anticipation of the exhaustion of IPv4 addresses, but the diffusion status is not ridiculous. 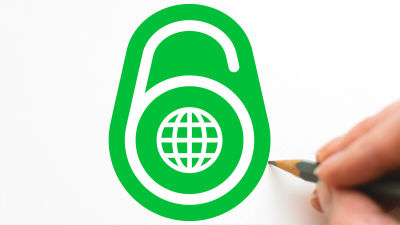 ISPreview UK said, “Except for major ISPs that pool their own IPv4 addresses, we will move to IPv6 quickly, or else introduce complex methods such as carrier grade NAT that will share IP addresses to prolong life. “I ’m sure there ’s nothing else,” he commented and expressed his view that immediate action is required.