Why is an octopus called an “invertebrate superstar”? While octopus is popular as a food ingredient, it is also known to have advanced intelligence despite being an invertebrate. Professor Michael Graziano, Princeton University psychologist and neurologist, describes such octopus intelligence in a book called Rethinking Consciousness .

The Octopus: An Alien Among Us | Literary Hub
https://lithub.com/the-octopus-an-alien-among-us/

Graziano explains that sponges are important organisms for thinking about the evolution of the nervous system. The human ancestors diverged from the sponge about 700-600 million years ago. Sponge is the most primitive of multicellular organisms, and it lives by filtering particles and microorganisms that are nutrients from the water that passes through the body at the bottom of the sea. Graziano believes that the sponge has at least 25 genes in common with the genes that make up the human nervous system and is located at the boundary of the evolution of the nervous system.

Jellyfish, a biological group that has existed for a long time like sponges, has a nervous system in contrast to sponges. Although jellyfish have few fossils , biologists believe that jellyfish diverged from other animal kingdoms approximately 650 million years ago by analyzing genetic associations. This number may be mixed in future research, but it is thought that nerve cells (neurons), which are basic cellular elements of the nervous system, were born from the birth of sponges to the birth of jellyfish. It is. 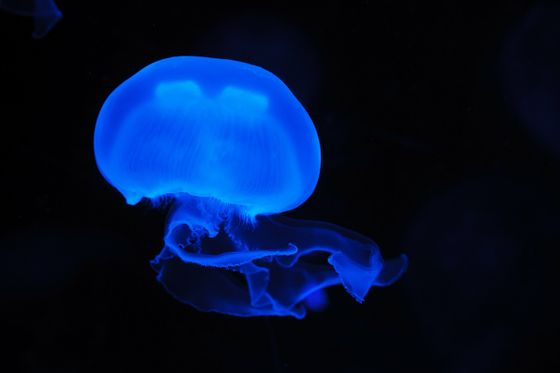 Neurons are essentially cells that transmit signals, and neural networks are built by connecting neurons to various cells such as muscles. Hydra has such a neural network, but the neural network alone simply transmits information to other cells, and does not reach the stage of processing any meaningful information.

Graziano cites 'signal boost' as a trick to make a simple neural network a more powerful nervous system. Crabs, for example, have compound eyes , each with a light detector that contains neurons. When a light hits a detector, internal neurons are activated, but neighboring neurons compete with each other, only the brightest part of the neuron sends a signal, and the neuron that loses the competition must send the signal. That. Graziano says that the crab eyes can get a contrasting image with the bright and dark areas separated. 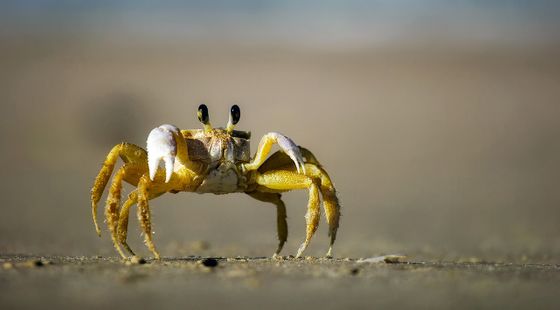 Crab eyes can be thought of as a basic model of the nervous system, and in any processing of the human nervous system, a system similar to the compound eye of a crab can be seen. The compound eye like a crab is also found in the trilobite that appeared about 540 million years ago, so it is possible that the trilobite had the same system as the crab.

Among them, octopus is known as an invertebrate superstar and is known for its surprisingly superior intelligence. Mollusks , including octopus, shellfish, sea slugs and squid, are thought to have appeared about 550 million years ago. Graziano says that octopus classified as cephalopod with squid etc. evolved a complex brain and sophisticated behavior among molluscs, and became a form close to the modern one about 300 million years ago . The octopus can visually recognize the food in the glass bottle and learn to turn the lid to get food. In addition, it has been confirmed that coconut shells are used for shelters, and it is an invaluable tool that uses tools in invertebrates.

Octopus not only has a brain that functions as the center of a living thing, but it is known that each tentacle has a collection of neurons, and it has a nervous system that can be called a “distributed network”. 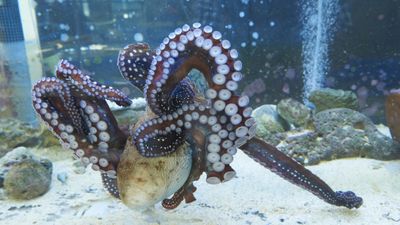 Graziano said that octopus researchers are not suitable for objective and reliable observers because they are obsessed with the greatness of octopus.