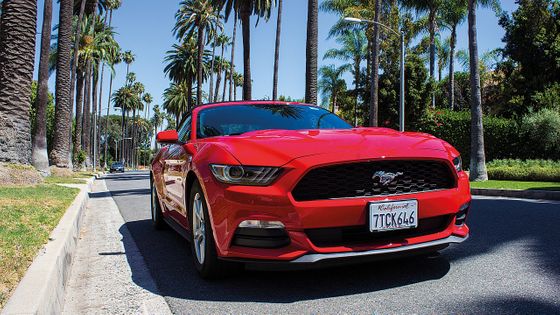 The Electronic Frontier Foundation (EFF) and the American Free Human Rights Association Southern California Branch (ACLU SoCal) have finally reached an agreement with a law enforcement agency in Los Angeles on a 'database of huge vehicle license plates collected by the police' You have gained access to. EFF is going to investigate how to use the database and the institutions used.

Law enforcement agencies can use the license plate database to infer information such as where people were at some point in the past, where they are in the workplace and where they live, and where their close friends live EFF argues that you will know what religion you believe in and what political activities you participated in. EFF states that 99% of the owners of vehicles whose license plates have been scanned are innocent people who are not involved in crime. On the other hand, law enforcement agencies are sharing the data collected by ALPR with police, border guards, airport guards, university police, etc. in other jurisdictions.

“After six years of lawsuits, EFF and ACLU SoCal have access to millions of ALPR databases, which explains how the technology was used,” said JFF Lynch Lynch, director of surveillance at EFF. , Where it was used, and how it affects people ’s privacy. ”