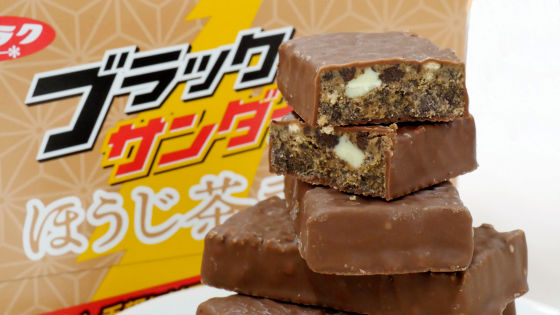 “ Black Thunder Hojicha Latte ” using “Kaga stick tea” born in the Kaga region of Ishikawa Prefecture, where the stems of roasted tea (roasted tea) have been roasted, has appeared since September 9, 2019. I tried to eat Black Thunder, which has a slightly softer texture than usual Black Thunder and expresses “Late” by using white chocolate chips.

It is like this when you buy a box of Black Thunder Hojicha Latte. When the box was opened, a total of 20 black thunder roasted green tea latte were lined up. 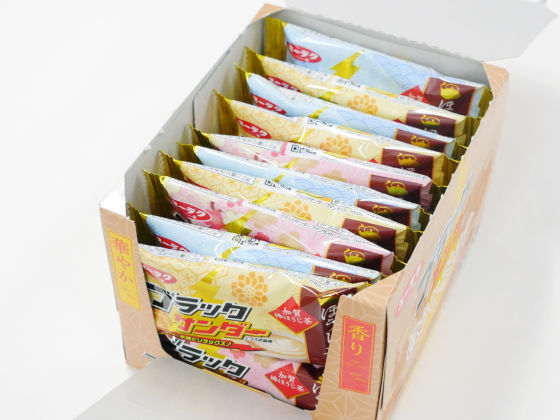 There are three types of packages: yellow, light blue, and pink. Each of them has an image of Kaga Bar Hojicha Latte, and the usual “Black Thunder God” character is now “Relax Thunder God”. The overall atmosphere is relaxed. Looking at the raw material names, quasi-chocolate, cocoa cookies, etc. are as usual, but the letters “Hojicha (Kaga stick tea)” were engraved firmly. The point is that white chocolate chips are used. 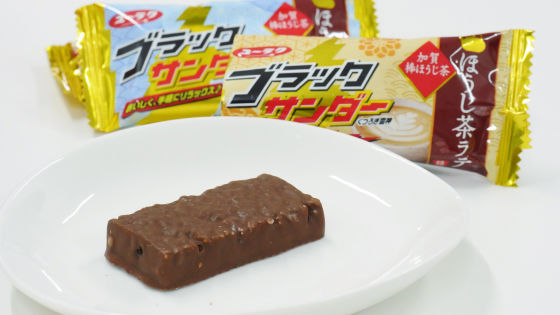 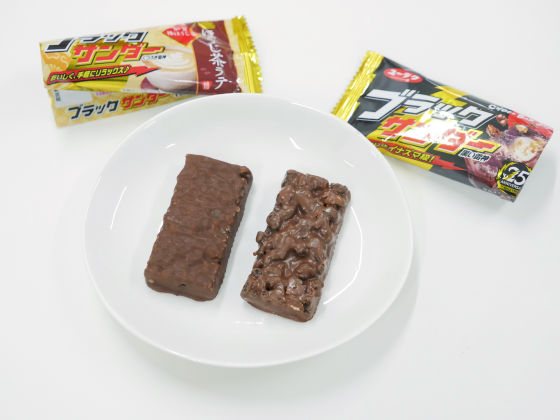 I cut it. Black Thunder Hojicha Latte has many brown parts in the cross section. 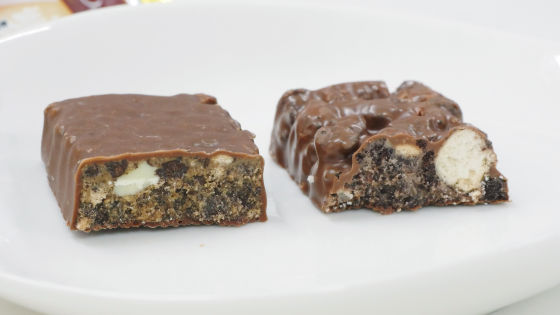 When eating with a large bite, at first there was a feeling that the presence of coated chocolate & cocoa cookies was the same as 'normal black thunder', but the scent of Kaga stick tea mixed with cookie dough The more you chew, the more it spreads in your mouth, and you can taste the perfect match of roasted roasted tea and chocolate. The good scent of roasted tea remained in the aftertaste. 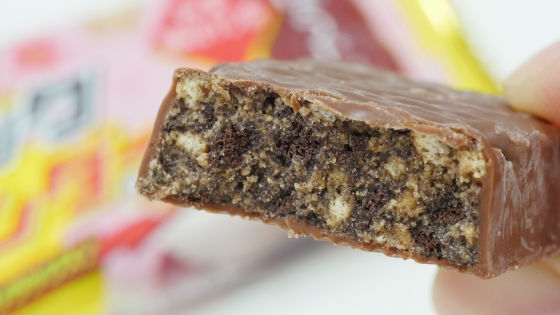 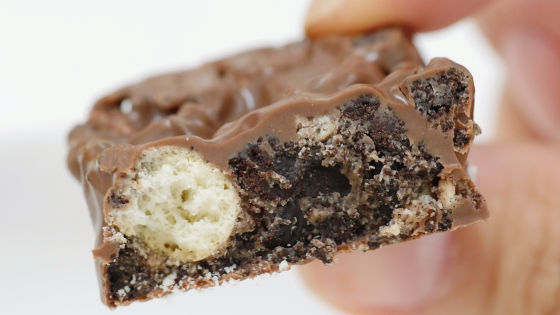 Black Thunder Hojicha Latte is 40 yen plus tax. It will be released at convenience stores nationwide from September 9 (Monday), 2019 and at supermarkets and drug stores from Monday, September 23 (Monday).