SpaceX's spaceship `` Starhopper '' turned over from the previous test that became a fireman, successfully flying 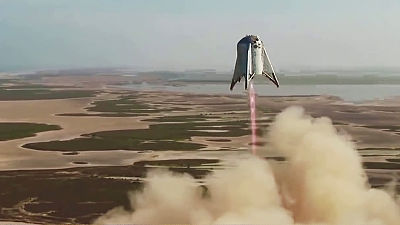 SpaceX prototype 'Starhopper' of the spacecraft in July 2019 will fire Dharma in the fire unexpectedly , became a situation in which the flight test is interrupted. However, as of August 27, 2019, Mask CEO announced that Starhopper had a successful flight in a new test. You can see how Starhopper flies 150 meters above the air on YouTube.

SpaceX is developing rockets and spacecraft, including the giant rocket 'Falcon Heavy' . Falcon Heavy is a giant rocket that is a bundle of three Falcon 9 rockets, but SpaceX is also looking into the operation of the super-giant rocket ' BFR ' with a scale far exceeding that of Falcon Heavy. BFR is an aircraft that can be used anywhere like a passenger aircraft to reach anywhere in the world in one hour, and may also be manned to Mars. And the first booster part of BFR is called “Super Heavy”, and the second spaceship part is called “Starship”.

This Starship's small prototype is the “Starhopper”, which was tested this time.

Starhopper to have been first published in January 2019, then, the test is in April and July have been made .

Test Flight Rocket Starship Just Finished Assembly At The AttoSpaceX Texas Launch Site. This Is An Actual Picture, Not A Rendering. Pic.Twitter.Com/k1HkueoXaz

However, in the July test, there was a scene where Starhopper became a fireball. Even if the engine starts, the aircraft does not surface, and the appearance of the flame blowing out from the top of the rocket is released on YouTube. According to SpaceX engineer Kate Tyce, the test of the day was interrupted by an unexpected fire.


And on August 27, Mr. Musk announced that Starhopper has successfully emerged in a new test.

You can check how Starhopper flies 150m above from the following movie. 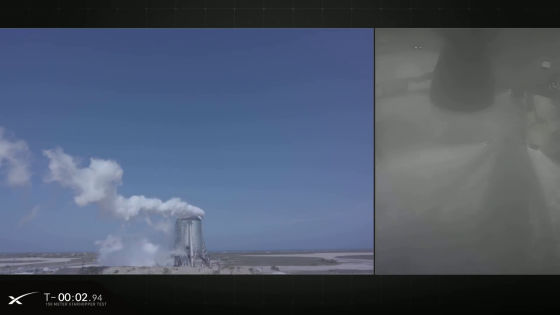 However, at the next moment, a flame is injected ... 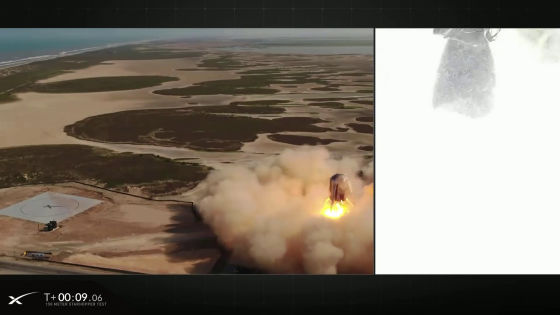 I jumped into the air without burning. 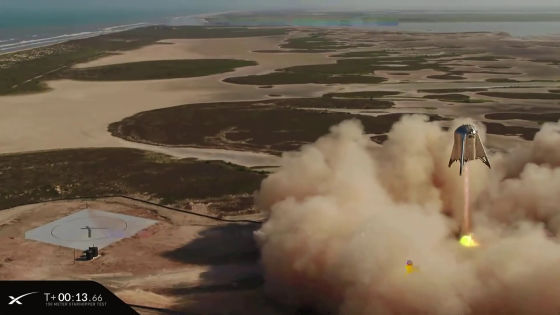 Starhopper that jumps up gently moves in the air. 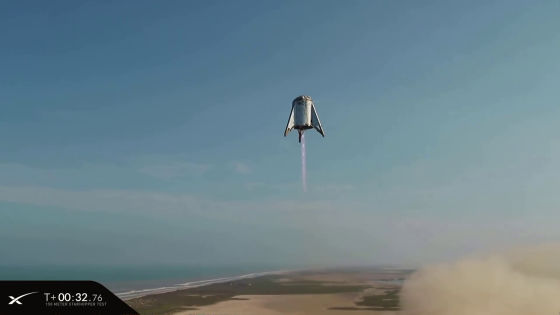 After a flight of less than a minute, we slowly approach the ground. 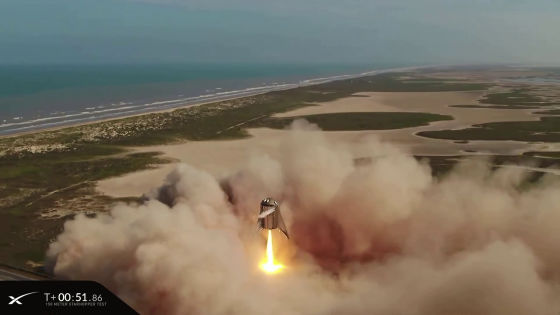 State after landing. There is no damage to the aircraft. 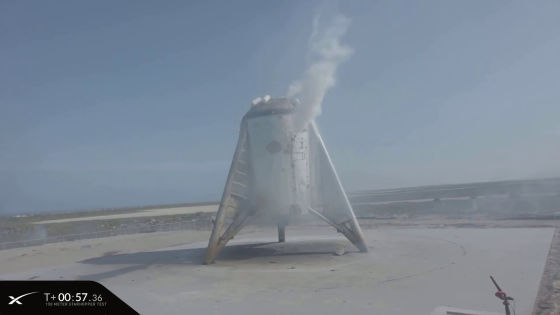 Following the success of the test flight, Mr. Musk 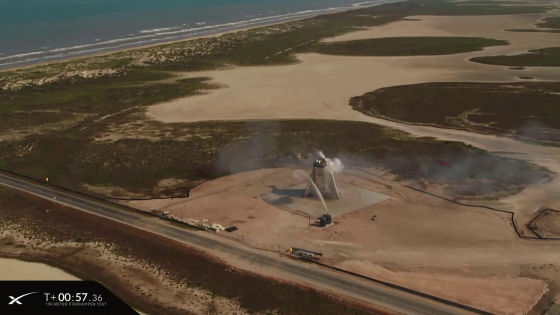