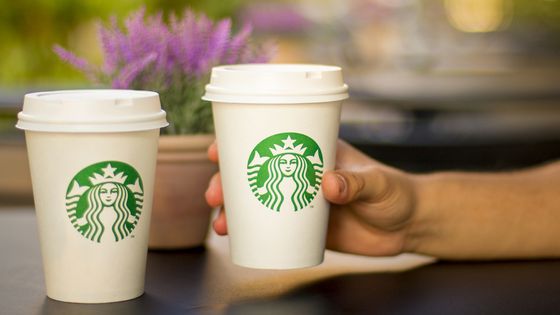 Many people who use Starbucks often use prepaid cards or official apps issued by Starbucks. Financial writer J.P. Corning points out that these payment systems have brought huge profits to Starbucks and make Starbucks 'a financial champion.'

Corning said on his Twitter account, “Starbucks has recorded approximately $ 1.6 billion (about ¥ 168.6 billion) as the amount of debt on Starbucks cards. “It ’s collected from coffee addicts who lend money.” From the amount of money, Corning said, “Wow, Starbucks. What a great job!”

Wow Starbucks, what a great gig.

Starbucks has ~ $ 1.6 billion in 'stored value card according' ie the Starbucks Card.So ~ 6% of the firm's assets are comprised of coffee addicts paying 0% for the privilege of lending to their supplier.
Source: https://t.co/nGH2arujYz pic.twitter.com/cGcSW3L4MM

Corning pointed out that “Starbucks debt” is the balance of money paid to Starbucks by Starbucks users through apps and prepaid cards. Since such money will eventually be used for Starbucks payments, it can be regarded as “money that Starbucks has temporarily borrowed from customers”, but unlike ordinary loans, there is no interest. So Starbucks has raised $ 1.6 billion in interest free interest.

In fact, the $ 1.6 billion is not a big deal. For example, online payment service PayPal collects 20 billion dollars from users (about 2.1 trillion yen). However, PayPal cannot use this money freely, it can only be stored in a bank account separated from the business or managed with government bonds at best. This is because you must always have enough funds on hand to prepare for redemption and payment.

On the other hand, the only way to collect the money lent by Starbucks customers is to order coffee. Since Starbucks customers rarely use prepaid card balances, Starbucks can use the surplus funds for business expansion and asset management with higher yields. This mechanism allows Starbucks to manage funds much more efficiently than PayPal. 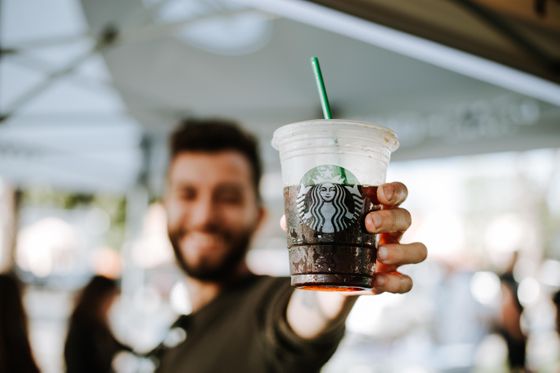 Moreover, due dates are set for prepaid cards and other balances, and the balance decreases when the due date expires. Corning says, “Professional investors will never forget the money they lend, but Starbucks customers are both busy and busy and seem to be forgetful.” That should be the case, and it is known that the balance of prepaid cards etc. that disappeared due to expiration etc. will rise to $ 155 million (about 16.3 billion yen) in 2018 alone.

Since Starbucks has collected $ 1.6 billion, the fact that $ 155 million of it has disappeared means that nearly 10% of prepaid card balances are lost each year without being used. This money is a pure “loss” for users, but a “10% profit” for Starbucks. About this, Mr. Corning points out that 'the money lent by Starbucks customers is interest-free rather than -10%'.

Few companies can get that much free financing.But don't forget breakage—balances that will never be redeemed.In 2018 Starbucks recorded breakage of $ 155 million, ~ 10% of all card balances.

So the true rate at which customers are lending to Starbucks is probably closer to -10% .pic.twitter.com / hRaN7LGoEf

In addition, since a huge amount of personal information is linked to apps and prepaid cards, it is also a great advantage for Starbucks that customer information that would otherwise have to be invested and collected can be collected at low cost .

Starbucks isn't the only company adopting this business model, but there are few examples that are as successful as Starbucks. For example, Walmart , the world's largest supermarket chain, has 20 times more sales than Starbucks, but the prepaid card business is similar in size to Starbucks.

Corning said, “I think Starbucks' success is related to the regularity and homogeneity of the service, but I do n’t really understand,” explains why Starbucks was so successful. 'Mystery of finance'.