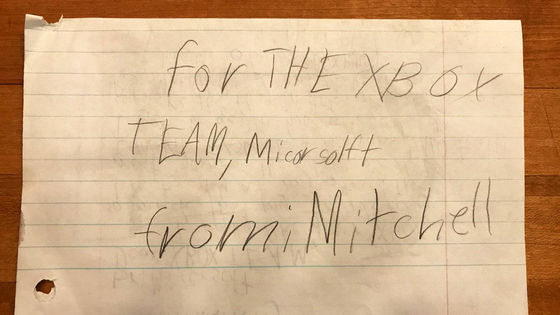 Reported that Mr. Shamas Blackley, also called `` Father of Xbox '' who was deeply involved in Xbox development from the early days, found a fan letter from a small child received 17 years ago on his Twitter account , 'I want to do something to him who could not do anything at that time!'

The following tweets started the thing. “I found this letter from an old desk that I used when I was at Microsoft. Don't you know this wonderful Mitchell Riley? And Mitchell, I did n’t reply to this letter until today. I'm sorry, you are a super great artist and I hope you are still drawing. '

Today, we found this note in a folder of ancient stuff from my old desk at Microsoft.Does anyone know the awesome Mitchell Riley? Can you point him here? And Mitchell, I'm sorry I never answered this before today. super great artist and I hope you're still drawing.pic.twitter.com/6N4Z5OqKD5

The letter that Blackley received from a person named Mitchell Riley is: The first photo is addressed to 'Microsoft's Xbox team, from Mitchell'. 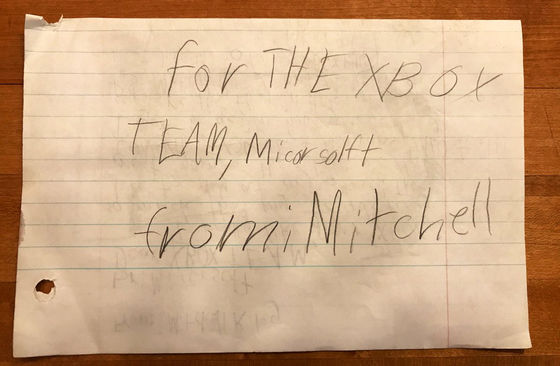 The second photo shows Mitchell's hand-drawn illustration and “I really love your Xbox and play with my friends at home! My favorite game is

Halo: Combat Evolved A message telling me that I'm an Xbox fan, I love Halo !! 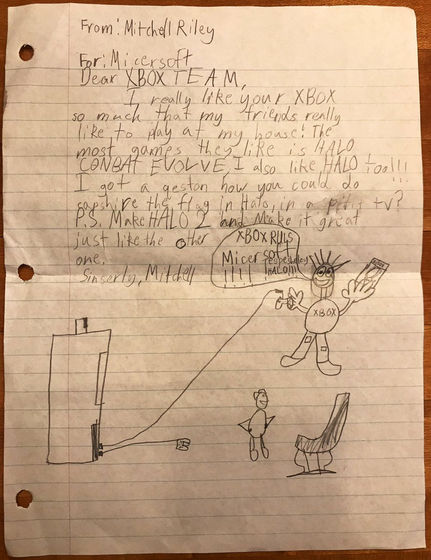 In addition, Blackley said, “Mitchell, your dad didn't try to disappoint you, and handed a letter to someone in Microsoft at the meeting, and that person gave me a letter to me. 'I'm the fool that disappointed you at the time. I have some great things for you.'

HEY EVERYBODY.I found this heartbreaking note in a box of ancient stuff from my office at Microsoft.I never responded to this darling kid and now I need your help to FIND MITCHELL RILEY.Can you please RT and let's see if we can find the now-adult Mitch so I can make this right pic.twitter.com/0OB2Gawz5W

In addition, there is another memo about Mitchell, but his father's name is not included, and he tweeted, 'Let's continue looking for Mitchell!'

We have had one Mitchell who thought it could have been him, but his dad wasn't the guy described below.LETS FIND THIS MITCH! Pic.twitter.com/kgN3nVbrcb

HERE HE IS ... As An Adult - And I Could Never Make This Up - Hanging Out With Master Chief ( Atto SteveDownes117 ) And Cortana ( Attojentaylortown !) Pic.Twitter.Com/drS2U9xQhc

In addition, “Mitchell seems to be a very nice guy, often talking about games with his father now, and I am really happy to have such a community. Thanks to everyone who gave me a gift to him, but it's a bit too late to be over 17 years old, 'he said and succeeded in giving Mitchell a present over 17 years. is.

Mitchell and his dad still hang out and talk about games together, he seems like such a great guy; how lucky we all are to have this community.Thank you VERY MUCH to everyone who helped with this.Swag is on the way, SEVENTEEN YEARS too late ???? ❤️