Scientists discover how to prevent seagulls from stealing food Gulls often seen when going to the sea are known for taking away the food that humans have with amazing boldness and dexterity. Scientists have clarified through experiments how to prevent food from being stolen from such gulls.

How to stop a gull from stealing your food | Science | AAAS
https://www.sciencemag.org/news/2019/08/how-stop-gull-stealing-your-food

Study Finds a Scientific Method For Keeping Gulls Away From Your Fries
https://www.sciencealert.com/you-can-keep-food-thievin-seagulls-at-bay-by-staring-them-down 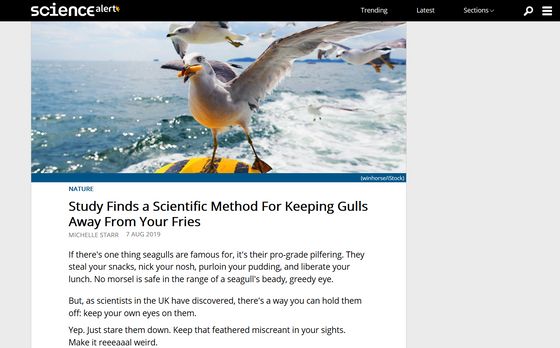 The confrontation between gulls and humans has been around for many years, and some people try to protect human food by reducing the number of gulls. However, a research team such as Madeleine Gumas of the

University of Exeter in the United Kingdom, who thought that there was a way to avoid conflict not only by managing the number of wild animals but also by human efforts, The experiment was conducted under the hypothesis that humans should keep an eye on seagulls in order not to be taken off.

The research team experimented with herring gulls that live in the northern and central parts of the Eurasian continent and are often found in Japan as well as in the United States and Britain. The population of herring gulls in the UK has dropped by 60% between 1969 and 2015, and the cause is believed to be artificial.

This is a movie that shot the state of the experiment.

Snippet: How to stop a gull from stealing your food-YouTube


A woman in the research team placed a packed fries. But women keep an eye on seagulls. It seems that the seagulls are wondering whether they want to put their hands on the french fries because they keep watching the seagulls. 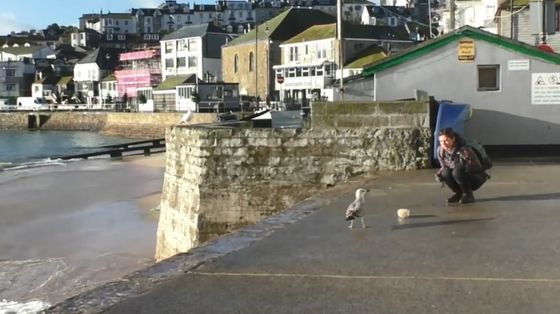 The quiet battle between the two continues ... In the end, the seagulls did not take their hands. In this experiment, we measured the time it took for the seagulls to touch the pack containing the french fries, but if 300 seconds had passed without the target seagulls leaving the vicinity of the pack, `` The seagulls tried to eat french fries Fried potatoes have been concealed. In the next experiment, the woman placed the fries again on the ground ... 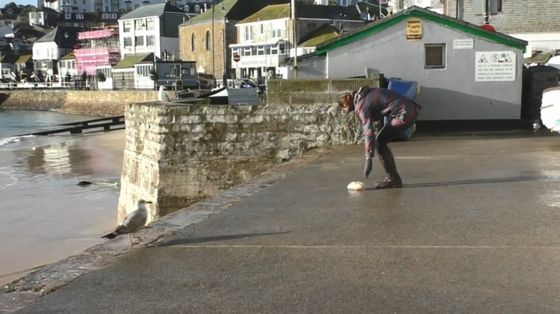 The woman is looking away from the seagull. 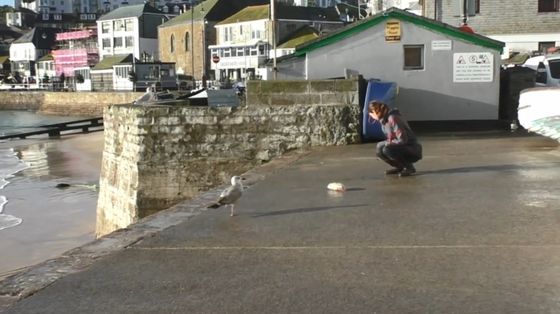 The seagulls come closer, but women still don't look at the seagulls. 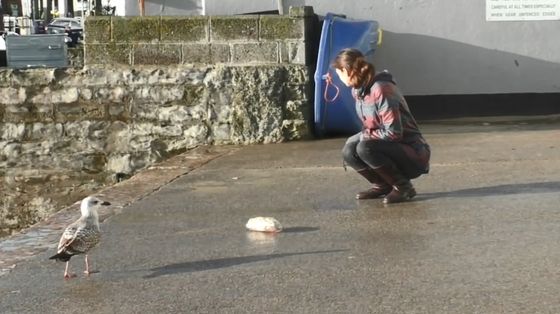 Slowly approaching the fries, the seagulls finally tried to eat the fries with a beak. Unfortunately, I couldn't eat the fries in the pack. 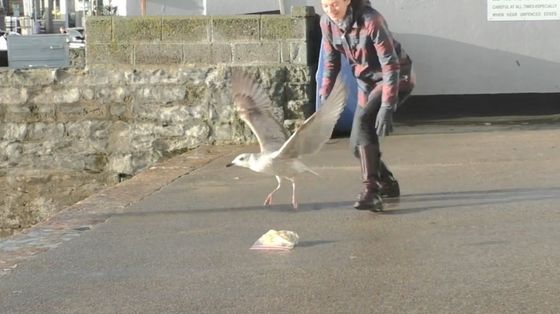 The results of this study suggest that seagulls dislike human eyes and are concerned about human eyes when trying to steal human food. I don't know why seagulls pay so much attention to human eyes, but at least those who don't want to steal food can protect their food by closely monitoring the surrounding gulls.

Human food contains a quantity of oil that seagulls do not normally eat, and overeating can lead to poor health. Therefore, researchers claimed that the act of keeping an eye on seagulls had a positive impact not only on humans but also on seagulls. 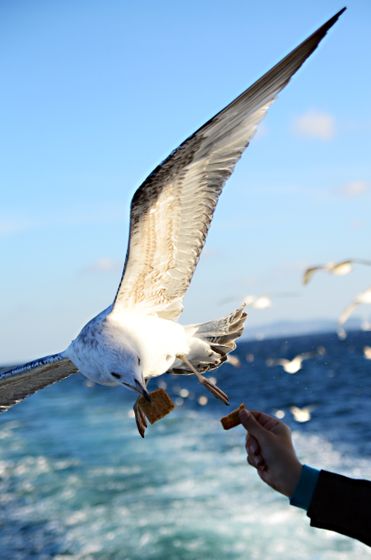