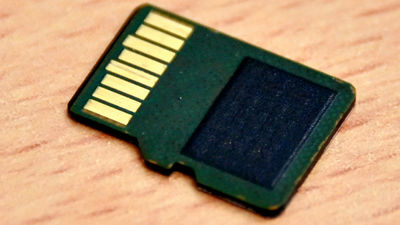 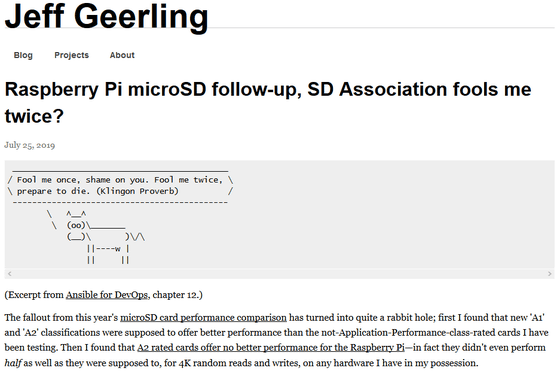 What Mr. Gering noticed before was that there was not much difference in performance when comparing the microSD card that says A2 standard compliant with the slightly older microSD card that doesn't support that standard. The SD Association of the standards group specified that the minimum standard of the A2 standard is '4000 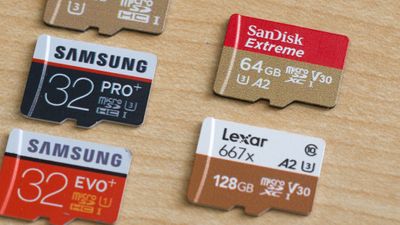 Following this, Ms. Gilling conducted a benchmark by acquiring a microSD card compliant with the A1 standard, which is not as fast as the A2, 'random read 1500 IOPS', 'random write 500 IOPS' and 'sequential write 10 MB per second' as the lowest standard.

The result is this graph. The “SanDisk Extreme Pro A1” compatible with the A1 standard is shown in blue. According to Geeling, the 4K reading score of the benchmark is 2514, the 4K writing score is 1203, and both are more than A2 standard compliant products, and they are more than twice as fast as the lowest standard of the A1 standard. The 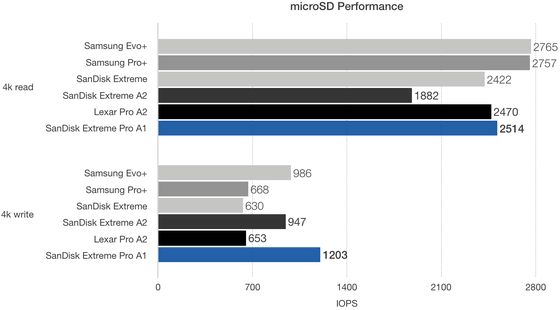